Getting Derailed Parent-Teacher Relationships Back on Track

Here's how to avoid the "blame game" that can consume so many parent-teacher relationships.

Hello and welcome to the Blame Game, where parents blame teachers and teachers blame parents for low grades, mischievous behavior, and everything under the sun. I’m your host, and today we have two contestants who will …

While this game show doesn’t exist, and may exaggerate what actually happens, it’s not too far from the truth. Just look at the comment section of any article or blog post on education. It’s not unusual to find comments like, “My son hates school because of his teacher” or “Parents don’t care.”

“People make assumptions all the time,” says Bonnie M. Davis, a retired educator of 30 years from Missouri. “You’ll hear, ‘The kid doesn’t do homework because parents don’t care.’ But most people do care and they try to do their best.”

Most teachers are understanding of parents, too.

In a Reddit thread dubbed, When Parents Blame You, one user commented, “I don’t blame the parents. They are usually super stressed out. [I’ve] had parents go from irate to crying in 20 minutes. As soon as I can identify the underlying fear and address that directly, we can get on the same page and come up with a plan.”

“Try not to take it personally,” suggests Davis, “and give each other a break.”

The trigger, in a lot of cases, is that the communication between the educator and the parent has fallen to the wayside. That’s especially true amid the heavy demands of educating students and the weight of raising children. “Everyone is stressed,” says Davis, who taught in the Clayton School District in St. Louis.

Take a look at the statements below. Which sentiment belongs to whom? The parent or the teacher?

If you said a teacher and a parent could have said each one, you’re right. The good news is that a lot of parents already have strong relationships with educators.

In 2012, Parenting magazine and NEA surveyed 1,000 public school parents and educators to better understand the roadblocks to effective parent-teacher communication. Parents were asked to “grade” their relationship with their child’s teachers. Forty-five percent gave teachers an “A.”

But what happens when a relationship turns sour, and what can educators do to turn it around and keep it healthy? Keep reading for some real-world examples of difficult situations and how they were handled. The solutions may already be a part of your repertoire, but it certainly doesn’t hurt to keep them in mind as the new school year approaches. 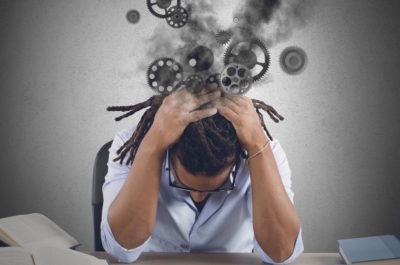 Scenario One: Ally or Enemy

A few years ago, Shafeza Moonab, a middle school teacher in Florida’s Broward County School District, tasked her students to research a region of the world. The assignment came with one caveat: Don’t pick your own culture. Moonab did allow one student to research his own culture—Judaism—because he wanted to learn more.

“As he starts to present, I thought, ‘That’s not the way he talks,’” Moonab recalls. She pulled up a website on Judaism and discovered his presentation was an exact replica of the site. “He didn’t even bother changing some of it into his own words. I gave him an ‘F.’”

Phone calls between Moonab and the student’s parents were initially unsuccessful. Eventually a meeting between the three, plus the school administrators and a social worker, did take place. “We’re going on and on about this paper,” Moonab recounts today, “and I was showing them the website. Three and a half hours into this meeting I asked them, ‘Did you look at what your child wrote?’”

“No, we believe him” was their response. Moonab produced the student’s paper, and the father admitted he had never read it.

Conversations after the meeting ensured everyone was in agreement about what was expected of the student, and a healthy relationship was saved. In this case, follow-up conversations were important. But regular communication with parents can help prevent situations like this.

“You as an educator need to put forth that effort to ensure the lines of communication are open with parents. Otherwise, you’re putting yourself in jeopardy,” Moonab says. 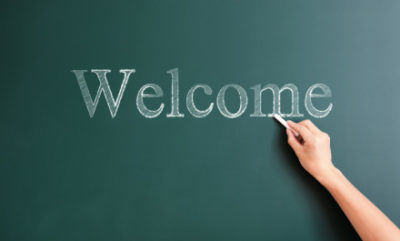 Moonab sets the tone for positive communication at the start of the school year and hosts a beginning-of-the-year meeting. These gatherings can produce great results, like creating a welcoming environment and establishing connections with parents and guardians. They also help Moonab to learn parents’ preferred method of communication, which is vital.

Contact doesn’t begin and end at the meetings. Moonab, a middle school teacher with 13 years experience also calls parents every quarter to inform them of her upcoming plans and to listen to their questions. She also gets in touch with good news—a student who was the only one to earn a 100 percent on a test or assignment or someone who did something nice for a classmate.

“Parents at times don’t feel like they’re a part of the process and it’s incumbent upon the educator to [change that] because they are a part of the process,” she says. “And, the most important thing for teachers—because sometimes they are so overwhelmed—is not to wait to the last moment to contact parents with bad news.” She adds, “At that point it’s too late, and parents are going to play the blame game.”

Scenario Two: Not Every Story has a Happy Ending

It was like a scene from the 1999 movie Superstar, where Mary Katherine Gallagher, played by Molly Shannon, screamed at Grandma Gallagher, “You’re horrible. You’re horrible…(slams door, opens door)…horrible!”

A Midwest educator (who prefers to remain anonymous, because she lives in a town with fewer than 1,000 people) tells the story of a parent who came rushing into the building one morning to tell the principal that a book needed to be removed from the teacher’s book shelf. The book contained a word the parent was not comfortable having her son read.

The teacher refused, asserting the book was age-appropriate, and the principal agreed.

Unhappy with the outcome, the teacher says the parent “called me personally and told me I was a ‘horrible’ person. It was intense.” The teacher remained calm on the phone, even offering ideas on how to prevent this incident in the future. Nothing sufficed and the relationship went sour.

“She won’t look at me or make eye contact with me,” says the teacher, who has taught English for more than a decade. “If she looks at me I’ll say ‘Hi,’ but she usually ignores me and I leave it at that.” The teacher says eventually she would like to reinitiate a conversation and come up with a plan to make the parent feel at ease about what her son is reading.

“I would hope we could talk once again and listen to each other—both sides—and say, ‘if this happens again this is what we would do,’” the teacher says. 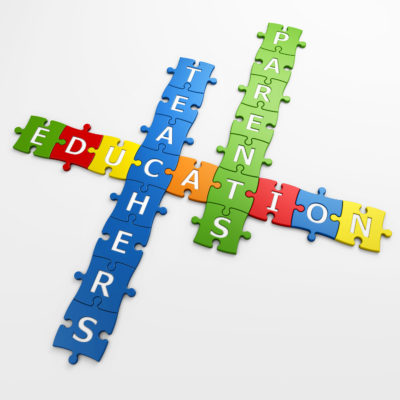 This educator tells educators to remain calm when relationships don’t go as planned. “When this lady was calling me a ‘horrible’ person I wanted to cry and yell, but you have to just breathe and stay calm because it’s your job. You’re working with their children.”

Another tip is to have someone with you. Emotional conversations can easily be misconstrued. At the Midwest teacher’s school, educators have the support of administrators. Teachers can invite a parent in for a talk, and also request a meeting with the superintendent. “It’s a support system that we can fall back on,” she says.

Overall, this teacher has great relationships with her students’ parents. “I see parents all the time,” says the educator, whose school district has fewer than 400 students. “If something is bothering me and I see a parent, I let them know that I’m going to email them later.” This way, a parent isn’t caught off guard.

Parents also agree that communication matters. In 2012, an NEA/Parenting magazine survey indicated that 70 percent of teachers felt they held a sufficient number of conferences with parents. (Most held them twice per school year.) By contrast, only 48 percent of parents agreed that there were enough conferences.

The Midwest teacher says parent involvement is key. She asks students to discuss an assignment with their parents. Afterward, she thanks parents for participating, and will ask them a question designed to elicit a back and forth exchange between the two.

Educators’ Advice for Repairing a Relationship

The key to getting back on track is human contact and connection through phone and in-person conferencing. Email emboldens aggressiveness, is subject to misrepresentation, and is not immediate in its exchange. Furthermore, online grading systems have done more harm than good in that they lessen teacher-parent dialogue, and if there is interaction, it is immediately about the grade and not the learning. —Joseph Bossio, West Windsor-Plainsboro High School, Plainsboro, N.J.

I don't blame parents and have found that they don't blame me. But being willing to be honest and vulnerable and ask them for help really makes a difference. I also ask questions like, "What works at home?" and "What are some things teachers have done in the past that worked?" And then, of course, it helps to actually listen to and try out the responses.
— Lisa Hendricks, Pine Ridge Elementary School, Grand Rapids, Mich.

In all honesty, sometimes you can’t. In such circumstances, you need to concentrate on the positive parent relationship you do have. There is no need to pacify a parent you know you will truly never be able to please.
—Patty Corwin, Retired educator, Illinois