According to OECD, teachers in the United States spend more time in the classroom than teachers in almost every other nation.

The Organization for Economic Cooperation and Development (OECD) recently released 2015 Education At a Glance, its annual report surveying the global education landscape, including education funding to trends in learning to access to higher education. The report also offers a wealth of data on the "working lives" of teachers (class sizes, salary, workload, etc.) and what it found was U.S. educators spend more hours teaching in the classroom than teachers in almost every other OECD nation. The OECD average number of hours spent in the classroom per year for lower elementary or middle school teachers was 694 hours. In the United States, that total increases to 981. Only teachers in Chile, Mexico, and Colombia spent more hours in the classroom. 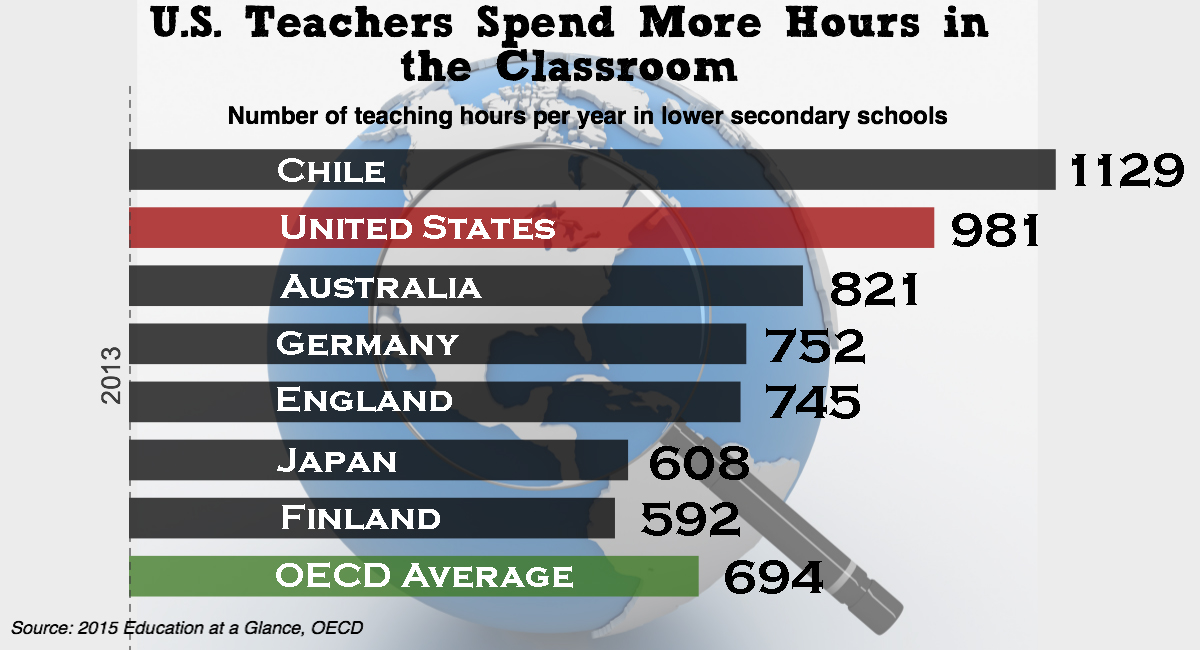 What does this ranking really mean? Do educators in Finland and Korea - two perennially high-performing nations on the Program for International Student Assessment (PISA) - have a smaller workload because they spend on average 600 hours per year in the classroom? Not necessarily. The number of actual teaching hours in the classroom measures just that – teaching hours in the classroom, not time spent preparing lesson plans, assessing students participating in professional development, collaborating with colleagues, or other non-teaching activities. As the OECD report points out, comparing the number of teaching hours between countries is more an exercise in comparing demands placed on educators and how their time is spent either teaching or preparing to teach.

But how much are they being paid? The effects of the economic crisis of 2008 continue to curb any significant increases. According to the OECD report, teacher salaries rose between 2000 and 2013 in almost all countries, but those improvements slowed down dramatically after 2005. Teacher pay in the U.S. is actually fairly competitive with other OECD countries. The average U.S. salary for a middle school teacher with 10 years experience is $53, 758 (OECD average: $39,268). For a high school teacher, it increases marginally to $54,843 (OECD average: $41,077). The best paid teachers can be found in Luxembourg, where a middle school teacher with 10 years experience, for example, makes almost $100,000.

But here's the catch: In the United States, educator pay stacks up much worse against full-time workers in other professions with similar educations. On average, teachers in OECD countries make approximately 79% of the salary of similarly educated workers. The pay gap in the U.S. is much wider. 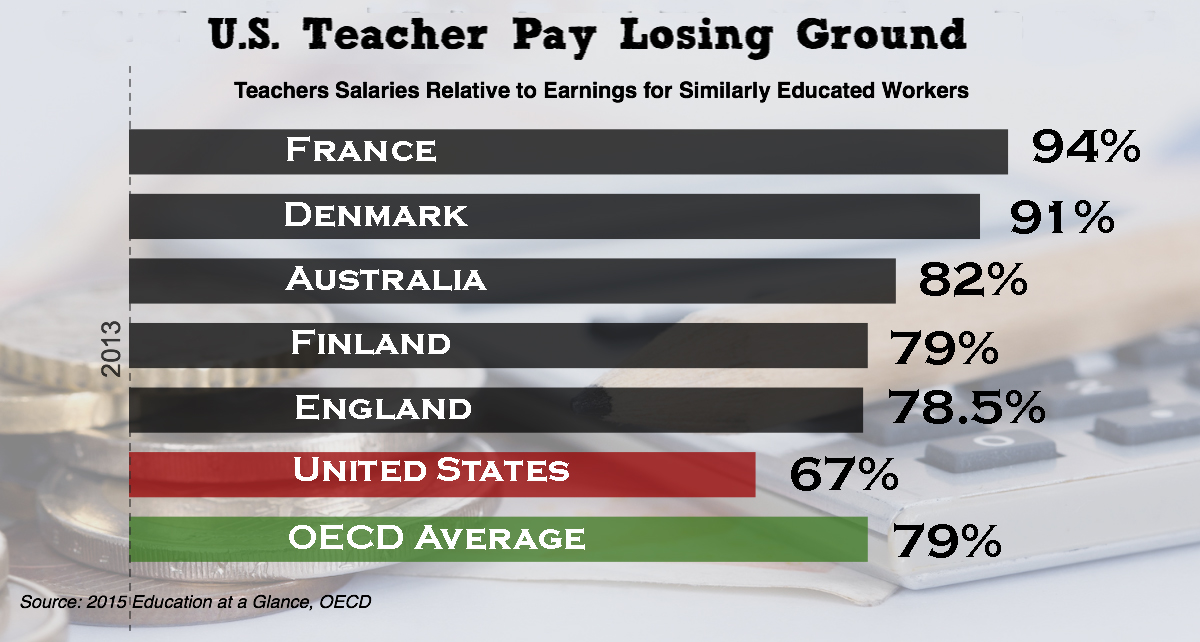