The 'Greta Effect' On Student Activism and Climate Change

A Swedish teenager's activism is helping educators find ways to support their students’ interest in climate change throughout the year. 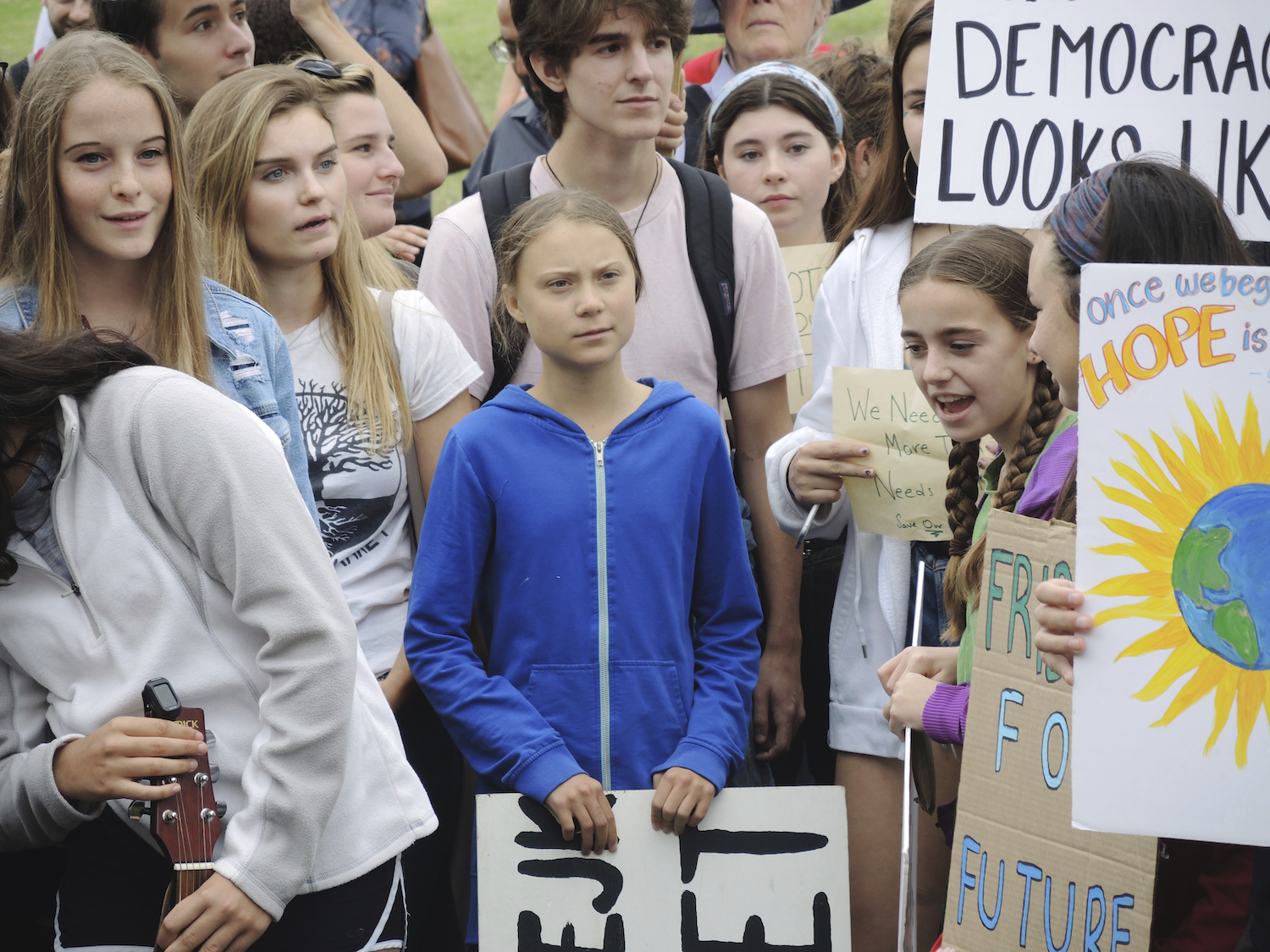 Once upon a time a courageous 16-year-old girl set out to save her planet from imminent doom from powers seemingly beyond her control. With the support of millions of other young people determined to help their planet survive, the girl sailed across an ocean on a vessel powered by the sun to take on her greatest foe…

It sounds like something out of the Hunger Games or another dystopian YA novel, but It’s the true story of Greta Thunberg, the teen climate activist from Sweden who is holding world leaders accountable for their lack of action on the climate crisis.

On Friday, Thunberg will lead worldwide international climate strikes where legions of students will walk out of their classrooms across the United States, Africa, Asia, Australia, Europe and South America. In New York City, where Thunberg will march, and in many other areas, districts are allowing students to take part without penalizing them for missing school. Either way, educators can find ways to support their students’ interest in climate change throughout the year.

“We should work hard to ensure that we’re teaching about all the ways we can take action to mitigate the effects of climate change,” says modified language arts educator Jennifer Hall, the Earth Club advisor for West Seattle High School, who will join the student climate strike in Washington, D.C. on Friday. “Help students plant trees, start school-based compost programs and partner with your city or town to collect the food waste to make the compost and expand composting facilities.”

School gardens, Hall says, are more important than ever in mitigating climate change’s impact on food insecurity. “It’s literally a matter of life and death,” she says.

In Africa, where scientists predict climate change will have the most harmful impact on food security, school gardens can teach young people to grow fruits and vegetables in environmentally sustainable ways while helping their families and communities. In many areas of the United States, school gardens have become community hubs that feed families and nourish the community’s relationship to the land.

Thunberg’s journey across the sea was rough and long, but purposeful. A flight would have taken hours rather than days but because of jet-engine emissions, she refused to travel by air. Many of her fellow Swedes are also remaining grounded. “Flight shame” has kept more and more Swedes off of planes and onto other modes of travel.
Climate Change Disproportionately Impacts Students of Color
In dozens of major U.S. cities, low-income neighborhoods are more likely to be hotter than their wealthier counterparts, according to a joint investigation by NPR and the University of Maryland's Howard Center for Investigative Journalism.Education International Week of Climate Action
EI will call on world leaders at the Climate Action Summit (23rd of September) and the SDG Summit (24th and 25th of September) to climate proof our education systems: "schools need to become sites of climate action and teachers have to be supported to teach climate change across all subjects in order to provide our students with the knowledge, skills and attitudes necessary to support a just transition."

She’s made the world’s most powerful world leaders pause and consider environmental policies, including the United Kingdom’s members of parliament.

“The UK’s active current support of new exploitation of fossil fuels, like for example the UK shale gas fracking industry, the expansion of its North Sea oil and gas fields, the expansion of airports, as well as the planning permission for a brand new coalmine, is beyond absurd,” she told them.

Thunberg has also had a major effect on publishing.

Publishers are churning out new books on everything related to the environment, especially climate change, and sales have doubled in the last year, according to Nielsen Book Research. There’s even a new genre called “cli-fi,” climate fiction dealing with climate change and global warming.

Hall’s current go-to book about climate change is Drawdown, which describes 100 solutions to global warming including their cost and carbon impact. The book is part of the ongoing Project Drawdown, a global research organization that identifies, reviews and analyzes solutions to climate change.

“It’s very approachable and beautifully photographed, and the website that goes with it is invaluable,” Hall says.

“This young woman has Asperger’s Syndrome and had selective mutism,” Hall says. “She was always told that she’d find her voice and speak out when she found something to speak out about. Climate change was her motivator and now her voice is heard around the world.”