A teacher cadet program in North Carolina that offers high school students the opportunity to learn more about teaching as a profession is seeing results. 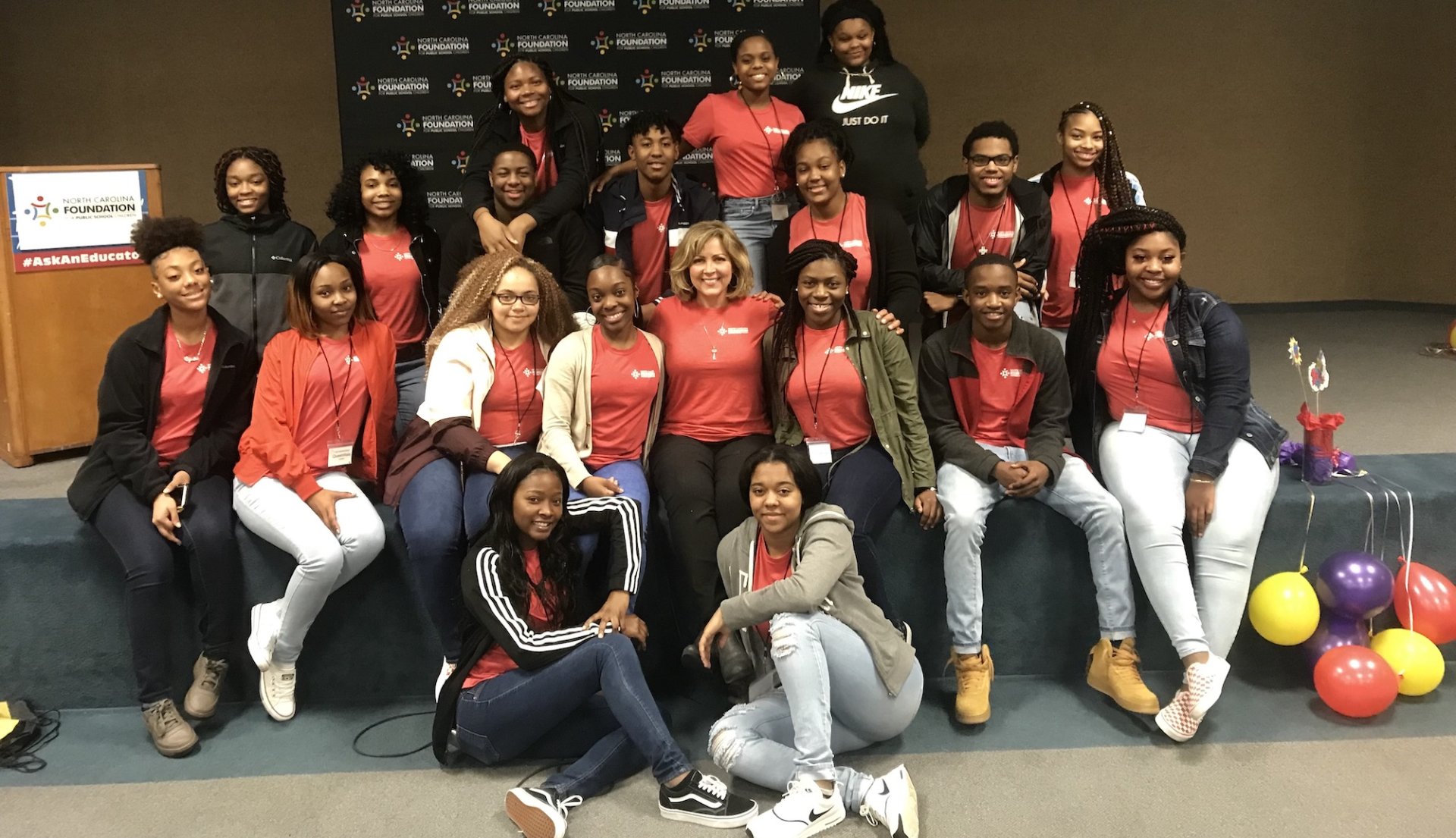 Joel Leath has known he wanted to be a teacher since he was a little kid. He’s now teaching in the same school district he grew up in, thanks to North Carolina’s Teacher Cadet Program.

Leath enrolled in Teacher Cadet I as a junior at East Forsyth High School in Kernersville, North Carolina. The class taught him what it means to be an educator and, through hands-on experiences at local schools, helped him realize he wanted to be a middle school teacher.

“Having those different levels of experience to be able to see it all, and not just go with what I think I want helped solidify middle school was what I was interested in doing,” Leath said.

“It’s not only me who came back. It’s a lot of people,” Leath said of other former cadets in the district. “I’m getting this heartwarming feeling because of the impact that I know I’m making and being so close to the high school I went to.”

Teacher Cadet is an in-state teacher recruitment and leadership program that has been proven to increase student interest in teaching since it was founded in 1997. The program is designed to create a pipeline of high school students to become the future teachers of North Carolina. So-called "grow your own" programs like Teacher Cadet could be very effective at addressing educator shortages across the country.

NEA President Becky Pringle visited East Forsyth High School in May and heard firsthand from Leath and other former teacher cadets about the program's impact on teacher recruitment in their school and district. “They’ve made systemic changes here to make sure that students are excited to become teachers,” Pringle said.

Students can enroll in Teacher Cadet I during their junior or senior of high school at public schools across North Carolina. Many schools also have a Teacher Cadet II class for seniors that offers more field experiences to give students extra time in the classroom before they head off to college.

“I like being able to be hands on and actually see if I like something instead of sitting behind my desk wondering,” Matthews said. “In Teacher Cadet, you’re able to actually act on it to make sure this is what you want to do with your life.”

“It really made me see that I feel like I could make more of a difference with older kids based on how I am as a person,” Matthews said.

Teacher Cadets learn about the science of learning, professional expectations and responsibilities of teachers, human development and the history of education.

This group of educators is known as the Teacher Cadet Cadre and comprises teachers from across the state, including Leath.

The program partners with colleges and universities in North Carolina to provide college-level instruction, foster relationships between students and professors and share information about teacher education programs. For many students, enrolling in the Teacher Cadet course opens the door to a college education by bringing them on their first college visit.

The program has created a pipeline for the school to “grow its own” teachers and resolve its teacher retainment issue. The program has also had another key benefit - hiring teachers from the community helps schools recruit and retain a diverse faculty.

One of the program’s goals is to make sure the state’s teachers reflect the diverse demographic makeup of the students they are serving.

Whitson said about two-thirds of the student body at Salisbury High School were students of color, which did not match the faculty’s demographics when he started teaching at the school.

“If you’ve recruited from your student population, you potentially increase those chances of the teachers looking like the students they’re teaching,” Whitson said.

While much more needs to be done to close this gap, Whitson reports that the Teacher Cadet program has already inspired more Black male students to think about a career in education.

Stephanie Wallace, a teacher at East Forsyth High School and member of the Teacher Cadet Cadre, has over 200 former cadets that are now working as teachers. Three quarters of them teach in the same school district they attended as kids.

Wallace has seen the success of the Teacher Cadet program first-hand and is one of its biggest cheerleaders.

“We see so much burnout in teachers in the first five years and we don’t see that with the Teacher Cadets,” she said. “They go into it eyes wide open."

Since May 2022, the Teacher Cadet Cadre has trained close to 60 new educators. They typically train 20 to 30 educators each year, holding trainings on an as-needed basis. Many of the newly trained educators are from regions that did not previously have a Teacher Cadet program.

When the Cadre reaches out to principals and superintendents about launching the Teacher Cadet program in their district, they focus on each community’s individual need, Wallace said. “What is your specific school’s need and how might the teacher that you choose to teach the program help you meet that need?”

While the Teacher Cadet program is still focused on bringing the program to every high school in the state, some current and future teachers are looking even further.

“Our curriculum is in place so the opportunity for any other state to pick it up and go implement this is very doable,” Whitson said. “The biggest obstacles they’re going to find is funding for the program in terms of the allotment for the teacher to teach it.”

Funding is a problem North Carolina has faced in ensuring the longevity of the program. Hamm believes North Carolina could license its curriculum to other states for a fee to confront the massive nationwide teacher crisis and ensure the success of the Teacher Cadet program in North Carolina.

“We see so much burnout in teachers in the first five years and we don’t see that with the Teacher Cadets. They go into it eyes wide open." - Stephanie Wallace, East Forsyth High School

Every year over the next decade there will be more than 200,000 projected openings for K-12 teachers, according to the Bureau of Labor Statistics. Using the Teacher Cadet’s existing curriculum could help other states “grow their own” teachers and help stop the crisis.

Matthews said she thinks the program offers a promising solution to the shortage because it brings students in at a younger age when they are still exploring different career paths.

“Starting in high school your mind is still wide open and you’re not so rushed in college to hurry up and figure you what [you’re] going to do with your life,” she said.

Matthews and her classmates have become strong advocates for the program, sharing information with friends and encouraging them to take the class. She said the class is growing in popularity with enrollment more than doubling this year to about 20 students.

North Carolina educators and students alike believe in the program and are proud of the impact it is having in their state.

“This is the course I wish I had going into college as an education major,” Whitson said. “It would have given me a tremendous leg up as someone looking at becoming an educator and teacher.”