Bringing under-qualified educators into classrooms is not the answer to any question. 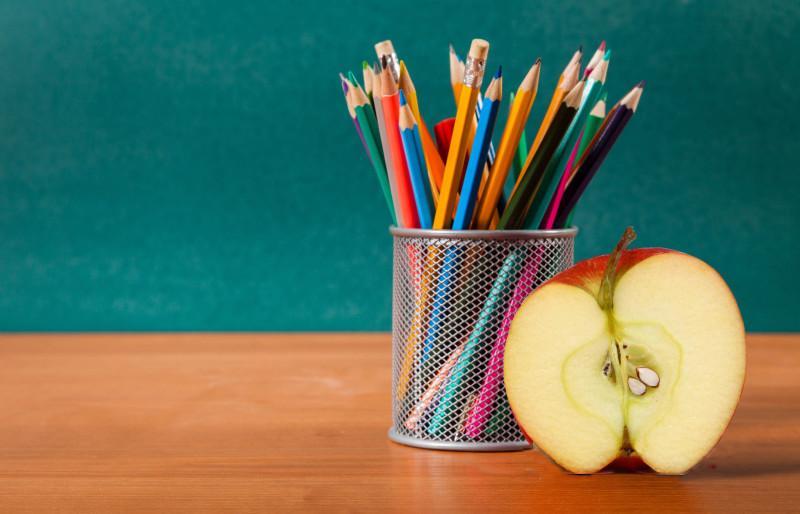 A recent poll found that a majority of California voters are concerned that, in the effort to address the state’s looming teacher shortage, classroom doors have been opened to underqualified teachers. Ninety-four percent say teachers should first receive rigorous preparation, with 88 percent believing this should include a year of practice teaching under a master educator. More than half the public oppose policies that would allow districts to hire non-credentialed teachers or have not yet completed their training.

There is reason to worry. In California, according to a report released in January by the Learning Policy Institute (LPI), the number of underprepared teachers in the state’s classrooms is still relatively small – approximately 7,500 out of the 300,000 or so public school educators, but the trend is disturbing. That represents a growth of 63% over the past year and is likely to increase.

"When a district can’t find a fully-credentialed teacher it can receive an exemption to hire an undercredentialed teacher to fill the position," explained Leib Sutcher, co-author of the LPI report, at a recent event focusing on California's teacher shortage. "This could be a history or government teacher teaching geometry or algebra. Or an elementary school teacher who has not a completed a teacher preparation program or has never taken a child development course."

On one hand, the urgency to fill spots quickly is understandable. California is facing a looming teacher shortage that is not, like other states, limited to rural districts and subjects such as special education, science and math (although that is where the shortage is most severe). Shortages are being reported across many subject areas and in rural and urban districts.

The supply of new teachers is at a 12-year low and enrollment in educator preparation programs has declined more than 70 percent over the last decade.

“Our analysis shows California is on a trajectory that, if left unchecked, will likely result in increased teacher shortages and greater inequities among students in different communities,” said Linda Darling-Hammond of Stanford University and lead author of the LPI report.

While the situation in California is particularly severe, other states have been grappling with teacher shortages as well. Unfortunately, many of them have reflexively turned to short-term fixes instead of the kind of solutions - support and mentoring, professional pay, leadership opportunities, better working conditions - needed to make the profession more attractive. Relaxing requirements, after all, is easy, and gives the appearance that some sort of action is being taken. For a profession that has been so "de-professionalized" over the past decade, however, hiring under-credentialed teachers represents a very slippery slope.

But it seems to be one the Alabama State Board of Education is willing to step on. In January, the board approved a controversial resolution to allow non-certified or adjunct teachers to teach in the state's K-12 classrooms. While there are some restrictions - early childhood, elementary school and special education classes are off-limits - the requirements for candidates are fairly lax, namely a high school diploma or the equivalent and a clean background check.

Exemptions for some career tech courses were already in place, but for parents like Aaryn Levert, the resolution opens the door up a bit too wide to underqualified individuals. "Preferably, we would like a certified teacher. I think the better education, the better training the teacher has, the better my child would benefit," Levert told a local TV station.

In Kansas, there are also critical teacher shortages, but "opening classrooms to untrained and unqualified individuals is not the solution," says science teacher Mark Farr.

Last summer alone, a record 3,700 teachers in Kansas fled the profession, a direct result of the destructive budget cuts Gov. Sam Brownback and the state legislature have imposed on public schools. To supposedly help alleviate a shortage purely of the state's own making, the board of education doubled down in 2015 when it voted to waive teacher licensing requirements in a cluster of six districts, known as the Coalition of Innovative Districts (which includes Kansas City). The coalition was created in 2013 to provide a limited number of districts with exemptions from certain state laws and regulations.

Farr, who is also president of the Kansas National Education Association, says the legislature is merely using any shortages to fill this expanding coalition of districts with non-licensed teachers. The goal? Further de-professionalize teaching and strip educators of their collective voice.

"This is an attempt to circumvent collective bargaining and regulations designed to ensure fairness, safety and quality," Farr explains. "The fact that the extreme anti-public education majority in the Kansas Legislature sought to expand this coalition before even a single year was complete speaks to the real motivation here."

Even if a state believes that it has no choice but to fill teaching positions with underprepared candidates, students in disadvantaged schools are the ones who are ultimately pay the price. "Pitting highly qualified, licensed teachers against unqualified individuals is a recipe for further inequality," Farr says.

In California, according to the LPI report, nearly twice as many students in high-poverty schools as in low-poverty schools in 2013-14 were taught by an underqualified teacher. This disparity also existed in the late 1990s and early 2000s, the last time California faced a serious teacher shortage. "At that time, one in four students in these schools was taught by an underprepared teacher in any given year," the report states, "placing at risk the quality of education these students received."

As LPI Executive Director Patrick M. Shields observes, half of those teachers left very quickly because they weren't properly trained to handle the rigors of the classroom.

"We shouldn't shoot for short-term solutions and just push warm bodies in the classroom," Shields says. “Investing in teacher recruitment and training and improving working conditions for school staff can increase the number and diversity of fully-prepared teachers.”