First, they printed and painted. Then, educators and parents carried their artwork-with-a-message to the state Capitol where it helped to convince lawmakers to boost teacher pay by $10,000! 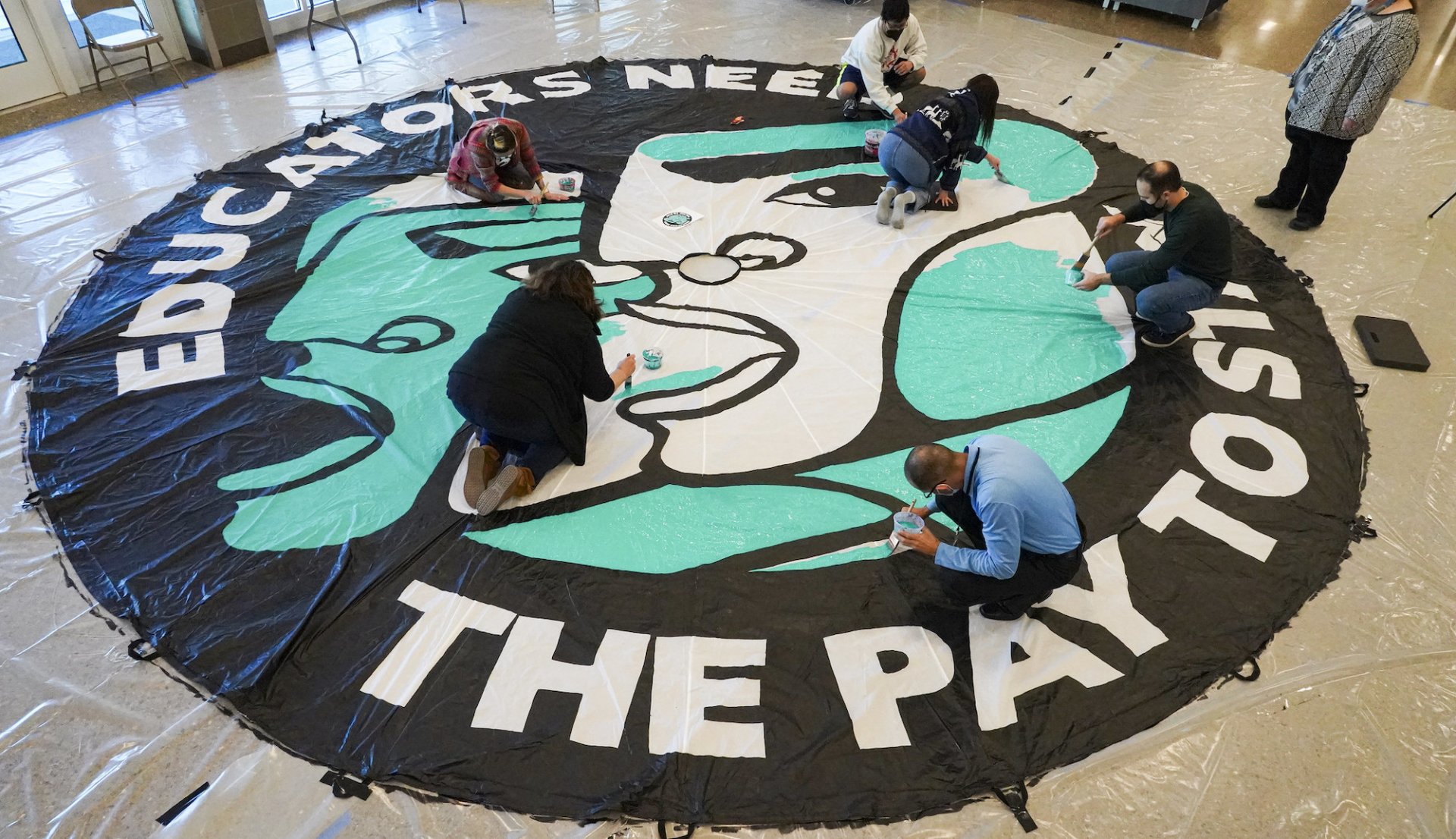 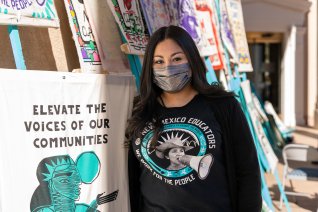 Together we won increases in base salary for New Mexico educators. With more members like you, we will have an even stronger voice to impact meaningful change for the lives of educators and their students.
Learn more about membership

Led by the Milwaukee-based Art Build Workers (ABW), dozens of Santa Fe educators, parents, and students first brainstormed slogans on local issues, like how it’s impossible for educators to afford the city’s housing prices. (In other words, “Teachers need the pay to stay!”)

Then, they came together to print and paint hundreds of banners, wielding an iconic New Mexico shade of turquoise. The process was cathartic and empowering, notes Mayer, who is also an art teacher. “It can be uplifting to express yourself,” she says.

But the value of the art build, which was funded through an NEA grant, didn’t end when the paint dried. In January, educators, including NEA President Becky Pringle, carried the artwork to an NEA-New Mexico rally at the state Capitol, where they demanded legislators invest in students and educators. Halfway through the school year, New Mexico still has 1,000 teacher vacancies, meaning 20,000 students don’t have a full-time, experienced teacher.

Lawmakers got the message. In February, they voted to raise teacher pay by $10,000—from $40,000 to $50,000 for new teachers and $60,000 to $70,000 for the most experienced, while also guaranteeing 7 percent raises for all school employees. In both the state House and Senate, not a single lawmaker—of any political party— voted against the raises. On March 1, Gov. Michelle Lujan Grisham signed the raises into law.

“I could feel the power of our members and supporters—and clearly New Mexico lawmakers could too!” says Pringle.