How Desire to Be Popular Affects Academic Progress

New research reveals that peer pressure can cause some students to pass up potentially rewarding educational opportunities. 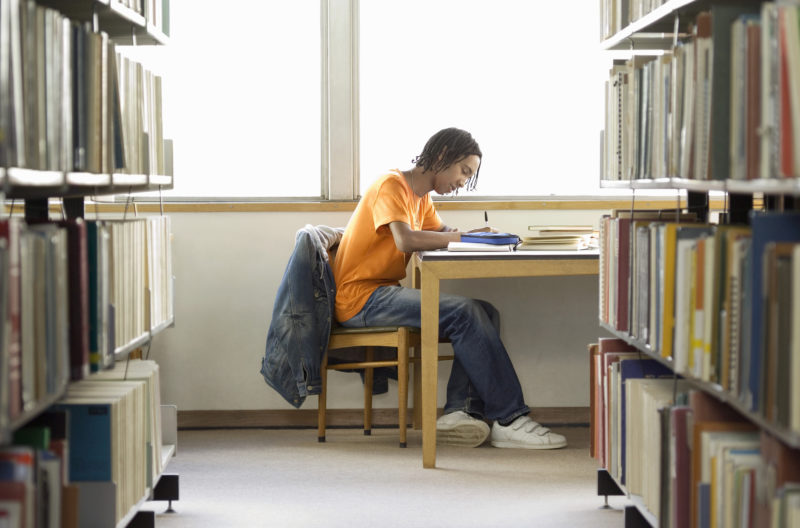 Will some students pass up academic opportunities in school if they are concerned about what their classmates will think of them? Yes, but the social stigma may be different depending on the student, according to a new study by researchers at the Universities of Chicago and Pennsylvania and Northwestern University.

That many teenagers are fiercely conscious of their social image in school is of course no secret.  Adolescents'  desire to be held in high esteem by their colleagues can heavily influence their behavior, which can have significant, long-lasting consequences.

Leonardo Bursztyn, an assistant professor of economics at University of Chicago and co-author of  "Cool to Be Smart or Smart to Be Cool?: Understanding Peer Pressure in Education"  had been studying how social environnment affects the way individuals make important decisions in life. He soon turned his attention to education and studied the controversial "Acting White" hypothesis, which holds that some students of color may feel pressured to avoid educational achievement due to perceived disapproval from their peers.

"But there wasn't a lot of clean, convincing evidence testing this idea of social image or peer pressure affecting educational choices," Burzstyn explains. "And little is known about exactly what image students are concerned with in relation to decisions they make in school. What are they trying to signal to their peers?"

Understanding the underlying motivation, Burzstyn believes, offers insights into a ignored root cause of educational underachievement and promotes a discussion into corrective strategies.

Burzstyn, along with his colleagues Robert Jensen and Georgy Egorov,   identified two potentially important "peer cultures" -  one that disparages academic effort (“smart to be cool") and one that rewards ability (“cool to be smart"). These two forms of peer pressure emerged at the three public high schools in Los Angeles - a low-achieving, lower income school, and two higher achieving schools- where the three researchers conducted their study.

Peer pressure appears to be a powerful force affecting educational choices and whether students undertake important investments that could improve academic performance or outcomes.”

Students were offered a free SAT prep package (worth more than $100) that included an online app, a diagnostic test and one-on-one tutoring. Some students filled out a sheet that indicated their decision to sign up and the results of their diagnostic tests would be kept private. Others were informed that it would be shared with their classmates in the room.

The underlying question behind the experiment was: Would knowledge of a student's decision and score on the diagnostic test affect the decision to sign-up for the course?

The researchers found that students in both low-income and more affluent schools were willing to pass up this opportunity due to concerns about how they would be perceived by their classmates - but for different reasons.

In the lower-achieving schools, there was a greater concern over being seen as caring about school ("smart to be cool" ). The reluctance in the higher-achieving school was generated by being perceived as not as smart or accomplished ("cool to be smart'). Not surprisingly, sign-up among these students was significantly lower than those who who were told information would not be shared with classmates.

Regardless of the specific motivation, the result is the same: student fear over social image is an obstacle to pursuing potentially rewarding educational opportunities, Burzstyn says.

“Peer pressure appears to be a powerful force affecting educational choices and whether students undertake important investments that could improve academic performance or outcomes."

So what can schools do to ease these pressures ?

The researchers believe schools can tailor or "market" programs to their students based on the peer concern that is holding them back. This is easier said than done, however, if both motivations exist in the classroom. As the report notes, "targeting the wrong message could actually be counterproductive. ...This presents a sobering possibility; attempts to counter one form of negative peer social pressure may just lead to another form, without improving outcomes."

Still, the authors recommend that educators may want to be more mindful about how they present choices to their students, depending on which peers are around them. "Just the way a teacher labels an activity can actually help," Burzstyn says.

For example, if a teacher is making time for students after class for additional assistance, how should that opportunity be presented to students?

"When such programs are labeled as extra help, attending will be perceived as a sign of low ability. Calling such programs advanced material or enrichment might reverse some of that stigma," the report states.

Burzstyn recommends that educators at least dig a little deeper though student surveys to find out more about what peer pressures exist at their school.

"Schools should learn what sort of peer cultures exist and understand how these pressures and influences can block academic progress that they might not be aware of."