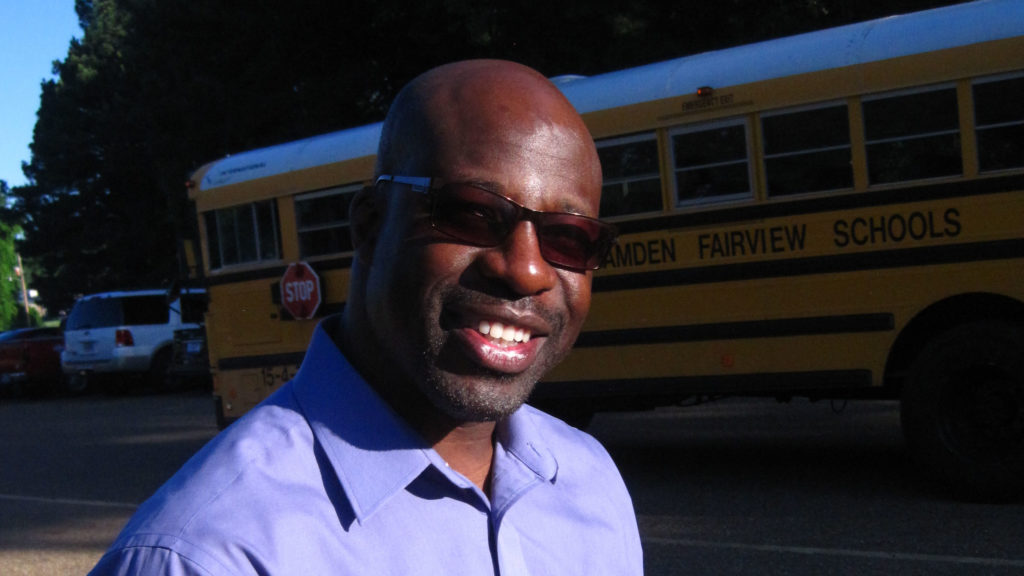 Custodian Stephone Avery’s job is so much more than keeping his school building clean. He’s a friendly, familiar face to all the students, always ready with a wide smile, a high five or a fist bump. He’s a reliable presence -- a source of comfort and security, and also a joke or two for students and fellow educators.

His title is custodial maintenance supervisor, but his most important duties are mentor and role model.

“They know I love them, and that’s the glue of our relationship,” Avery says.

In fact, education support professionals (ESP) like Avery are the glue that holds a school and student body together. They’re with the students in the halls, in the school cafeteria, in the front office, and on the bus – where teachers and principals leave off, ESP step in to fill the gaps.

“We call ourselves ESP—education support professionals, and we support the whole child,” Avery says. “A child has to be healthy. They have to feel safe. The bus driver is the first one to see the child. Cafeteria workers are feeding the child. And many times, we have the flexibility in our schedule to really stop, sit down, and listen and give the kids eye-to-eye contact. Everybody that works in a school should be called, in some kind of way, educators.”

And now that critical role has been recognized by the new federal education law, the Every Child Succeeds Act (ESSA).

ESSA gives paraeducators, referred to as “paraprofessionals” in the bill, and “other staff,” which includes everyone from custodians and nurses to bus drivers and food service staff, a voice in key decision making and professional development opportunities.

Avery is a busy man. Not only is he head custodian at the Camden/ Fairview Intermediate School in Camden, Arkansas, he represents his district on the Arkansas Education Association (AEA) Board and on the ESP Advisory Committee.  He’s also his school’s association building rep, which is how he spread the word about how to create a school improvement plan for ESSA, and he served on the local leadership team that planned several events to inform the staff and community about the Arkansas plan for implementing ESSA.

“At first I was a little skeptical, bracing myself for another law that focused on the test, but I soon saw that ESSA is different,” Avery says. “The new law changes how schools will be rated for success with many factors other than test scores.” 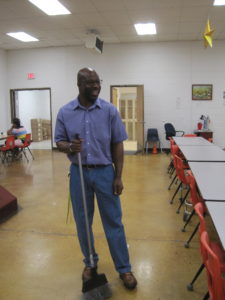 Avery grew up in Camden and went to college in Monroe, Louisiana on a football scholarship. A defensive back and running back, Avery helped lead the squad to a conference championship. That earned him a tryout with the Green Bay Packers. “I got to play in some preseason games before I got cut, so I have lots of football stories,” he says. “The kids ask me about it all the time.” Photo Courtesy of Arkansas Education Association.

Avery says ESSA recognizes the need to educate the whole child, which requires everyone who works at the school. ESSA says that school success is no longer solely dependent on a teacher whose students do well on a test.

“ESPs are being integrated more intentionally,” Avery says. “All of the arms starting to come together.”

The Gospel of ESSA

Avery is actually a very busy man. Not only is he an educator and association activist, he’s also the pastor at St. Paul Christian Church in Camden and a leading member of the area’s Ministerial Alliance, a group of local pastors who come together to talk about issues facing their congregations and the larger community.

The church figures prominently in the community and Avery asked the pastors to come to a town hall he was organizing about the promise of ESSA for improving schools and measuring their success on what really matters.

“I knew that if they came, the parents would come too,” Avery says.

After learning about how ESSA can be a game changer for their schools and students, all of the pastors in the alliance attended the town hall. Parents saw them filling out the My School/My Voice survey and followed suit. The survey is a tool NEA offers to help schools identify what their top areas of improvement should be.

The faith-based community is already active in many Arkansas schools, and ESSA will make that partnership stronger. In Avery’s district, he says pastors act as mentors. They come and pray, walk the halls, sit down with students at lunch, or give a motivational talk to all of the students in the cafeteria.

“We’re part of the fabric of the school community,” says Avery. “As a custodian and as a pastor, I bring a spiritual nature into the school, a working love to help shepherd our children.”