How to Launch a Second Career

Follow a dream, pursue a new passion—Retiring from teaching can be a new beginning. 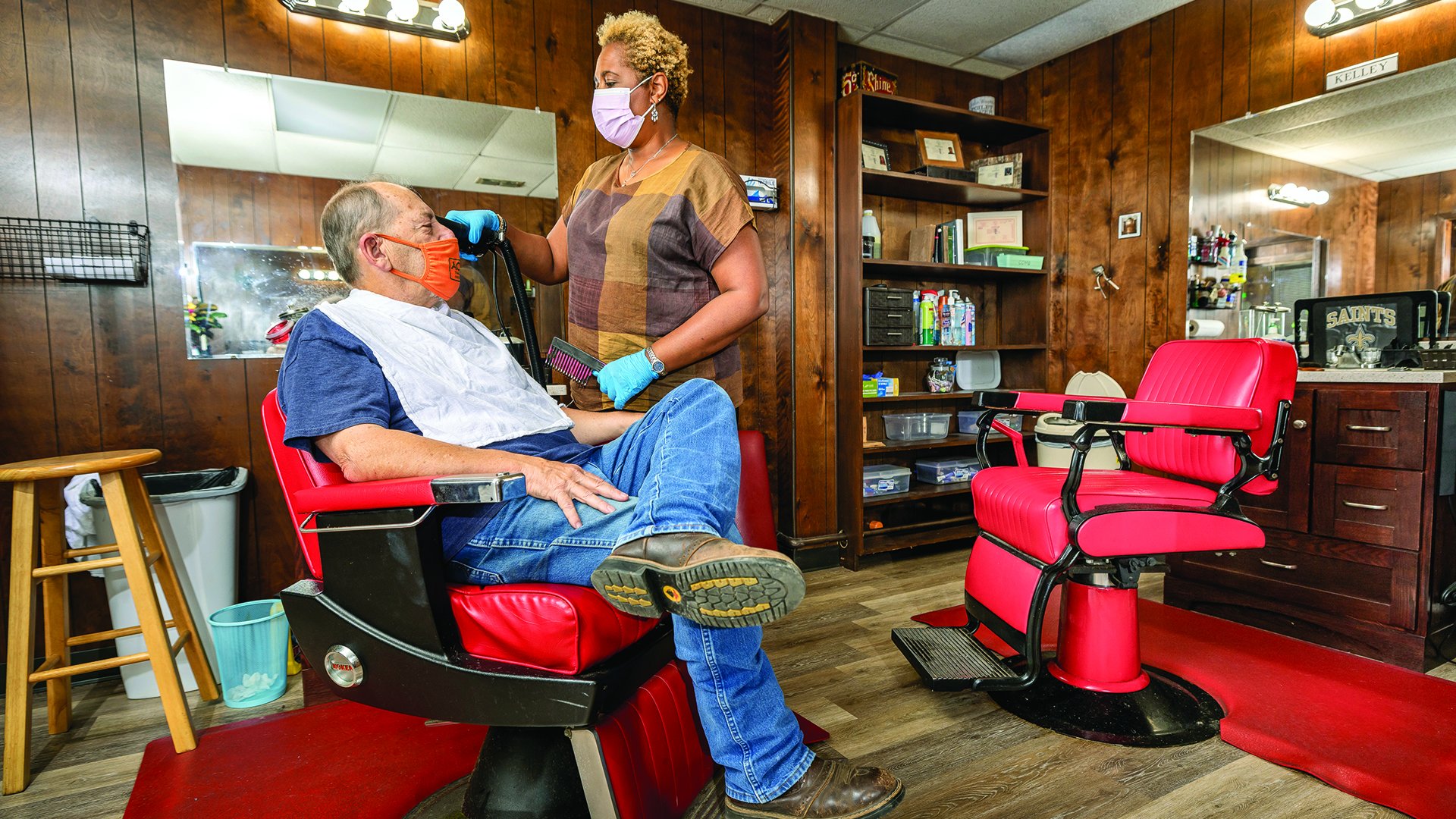 Maybe it was destiny that led Sherri Kelley Barber to her second career.

First, there’s her last name. After 23 years as a second-grade teacher, teacher-mentor, and instructional coordinator in Louisiana’s Caddo Parish Public Schools, Barber became … a barber. She even owns her own shop, complete with a striped pole.

Her name isn’t the only reason she followed this path. Her father, Anthony Kelley, has been in the profession for 70 years and owned a barbershop in their hometown of Keithville, La. A few years before Barber retired from teaching, her father started talking with her about joining his business.

The idea appealed to Barber. She had always liked hanging out at her dad’s work. The place teemed with jokes, stories, friendships, and support as her dad trimmed and cut.

“I think it is important to work and find something you love when you retire, because life doesn’t stop,” Barber says. “In order to keep your mind sharp and stay happy and fulfilled, you may have to do something else, and it doesn’t have to be just an extension of what you were doing. It’s a wonderful opportunity to try something new. You should find joy.”

Barber also believes her work cutting hair keeps her connected to education. She gets to advise young people and their parents. And she keeps up with news about the local school district so she can pass information along to customers. She started preparing even before she retired, signing up for barber college, taking classes after school, and getting lessons from her father.

“Educators are well positioned to take on second careers for a number of reasons. [They] have a lot of skills, a lot of energy, and they often miss the sense of community that they had in a school.”

After getting her license, she worked on Sundays at a barbershop at nearby Barksdale Air Force Base and then joined her dad at work.

When she finally retired from her work as an educator, she joined her father in his business, eventually taking over and moving the shop to a new location. But it was still a family affair. She trained and hired her nephew, and her dad still helps out from time to time.

“This was sort of meant to be,” Barber says.

Preparing for a second act

After years of fulfilling—and exhausting—work in schools, many educators dream of lazier days and empty schedules. But many find they have more to contribute. A second career may give them an opportunity to explore a passion, give back to their community, keep their mind and body active, or just bring in some extra money.

“Educators are well positioned to take on second careers for a number of reasons,” says Chris Farrell, author of five books on personal finance, including most recently Purpose and a Paycheck: Finding Meaning, Money, and Happiness is the Second Half of Life. He writes and broadcasts for public radio and writes about retirement finance.

“Educators … have a lot of skills, a lot of energy, and they often miss the sense of community that they had in a school,” he says, adding that retired educators may  also miss feeling needed by their students.

For former special education teacher Mary Geier, retirement was a chance to pursue the real estate career she had always dreamed of trying.

“I’d seen my husband retire, and in a month he was bored and went back to work,” says Geier. “I knew I couldn’t sit for long either. This was something new and really exciting for me.”

Geier, who lives in Weir, Kansas, had invested in land at one point and enjoyed the negotiation and the feeling of owning property. She liked the idea of educating people about what they could own and how they could develop the land.

So during spring break last year, just before she retired, she formally began to work as a real estate agent. By the end of the week, she had sold her first property.

“I love looking at floor plans,” she says. “I really enjoy going through a home with a prospective buyer and helping them see how they could remove a wall … or change the look of the place. It’s still teaching, in a way, but so different.”

“I like that there are people of all ages and stages of life in my office,” Geier says. “It is nice to be around that. You end up learning new things and staying young.”

Bill Maas, who is 81 and had a 40-year career teaching science, math, and computer science, is serving his fifth two-year term as mayor of the resort community of Orleans, Iowa, which is nestled between three scenic lakes in the northern part of the state.

“I always felt I gave a lot to my kids in school but didn’t have time to be involved in the community,” he says on a day when he was up at 7 a.m. responding to a contractor’s call and at City Hall most of the day. His day included answering citizens’ phone calls about everything from a mistimed traffic light to parade permits to listening for updates on storm warnings.

“I was just going to run for City Council,” he says. “But the mayor decided not to run just before the election, and I got written in—and that was that.

I was mayor. And I have no regrets.”

Maas was a popular teacher and active in the tiny town of Orleans, population 620. So it wasn’t a surprise that he won, and his easy style and understanding of the community keep his constituents satisfied.

“They seem to appreciate what I’m doing, and that’s what counts,” Maas says. “I get a lot of satisfaction from helping my community.”

“I always looked out for my kids and put them first,” he reflects. “Now I have an opportunity to do that for this town.”

“I was just going to run for City Council,” he says. “But the mayor decided not to run just before the election, and I got written in—and that was that. I was mayor. And I have no regrets....I get a lot of satisfaction from helping my community.”

About half of retirees say they are working during retirement or plan to do so, according to research by Merrill Lynch and Age Wave. And nearly three-quarters of people over 50 who have not yet retired, say they intend to work during their retirement.

While longer life expectancy and the elimination of pensions are driving this trend, the researchers found that staying employed after retirement has other benefits as well. People who worked after retirement felt more stimulated than others (55% compared with 38%), more connected to others (62% versus 45%), and more proud of their lives (67% versus 57%).

This certainly holds true for Anne Hanigan-Kotz, a retired English teacher who became an author in her retirement, fulfilling a lifelong dream.
She completed her first book during her last year of teaching in 2021, and is now at work on her third.

Her passion is writing historical fiction that takes place in the area around her hometown of Adele, Iowa. She carefully researches local history at the library and through historical societies, and often pens her novels late into the evening.

This summer, she even traveled around the state on a book tour for the first time.

“I’ve loved books since I was a young child, and I spent my entire career teaching students about literature and writing. In a way, I had been preparing myself to become a writer,” she says. “It has been a dream of mine, but I was also a practical person, knowing that I needed to have a stable career that brought a secure income.”

In her “retirement,” she worked for a textbook company for a while and as a student teacher supervisor at nearby Drake University to support her writing, but now writing books is her primary job.

A seamless pathway also led Toni Smith, president of the Georgia Association of Educators–Retired, to a second career.

During her time as an Atlanta middle school and high school teacher, Smith’s interest in social justice and individual rights led her to become a member of the NEA Safety, Bias, and LGBTQ+ Training Cadre. Later, she became a facilitator for the Human Rights Campaign (HRC), offering guidance to schools on issues related to bias, particularly as it impacts LGBTQ+ students.

When Smith retired from teaching after 25 years, she was given an opportunity to train teachers and administrators for HRC and serve as a consultant, presenting and writing about HRC’s mission.

“I’ve always thought it was so important to get the message out to educators that schools need to be inclusive and accepting, and children need to be encouraged to be who they are,” she says. “I was so lucky to have an opportunity to spread that message now in retirement.”

Similarly, Beverly Ledbetter’s 36 years as a social studies teacher in Pasco County Schools, north of Tampa, Florida, led her straight to her next opportunity.
Ledbetter always felt strongly about helping prospective teachers. So in retirement, she expanded work she had been doing at nearby Saint Leo University, eventually leading method classes for teachers, survey classes for first-year students, and supervising student teachers and helping them find mentors.

Education programs at colleges are often specifically in need of people to train or supervise new teachers, she explains.

“It is a great opportunity to contribute without having to be in a school,” she adds. “A lot of teachers feel strongly about supporting education, and this
is a way to do that. I think when you retire, if you want to work, you have to find something you are passionate about.”

Jumpstart Your Next Career

Want to launch a second career? Retirement planning expert Chris Farrell offers these tips to help you get started: 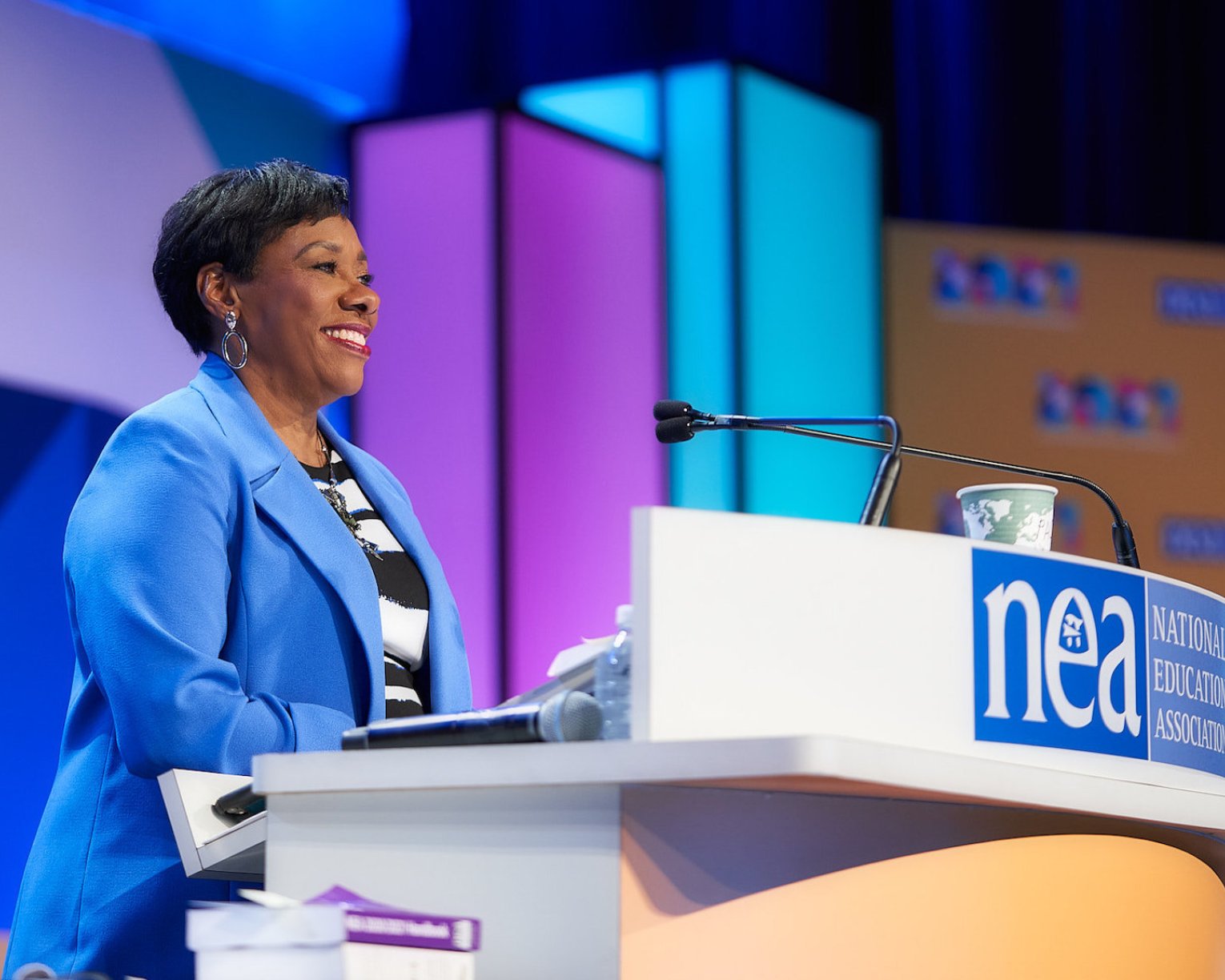 Are you retiring this year and want to continue the benefits of NEA membership? Join more than 320,000 retired educators who continue to support students and public education. For a one-time fee of $300 (plus applicable state dues), you can lock in your NEA dues for life and secure existing and new benefits that will help make your retirement rewarding.