How Much Math is Too Much?

A controversial new book argues that schools should not require advanced math. But maybe it's more of a question of just slowing down the pace. 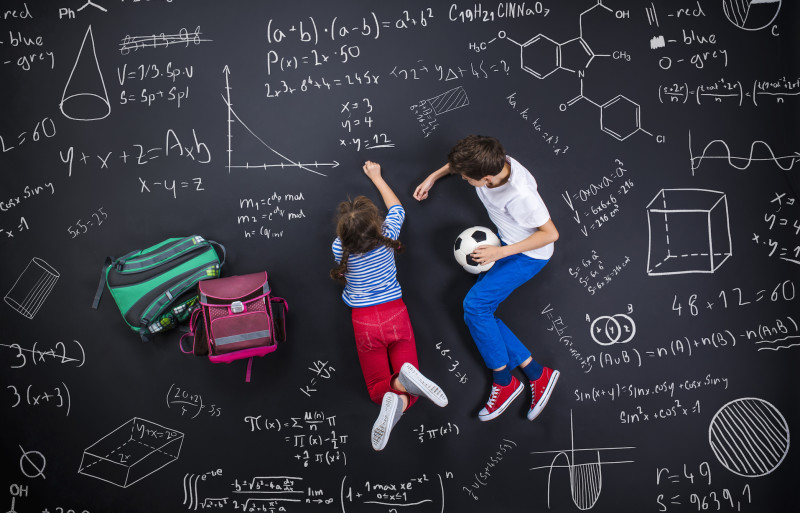 How many people use algebra or geometry in their adult lives? According to Andrew Hacker, who teaches political science and mathematics at Queens College and is the author of The Math Myth and Other STEM Delusions, not many -- about five percent at most. And though most of us have taken these courses as requirements for high school graduation, a national survey found that 82 percent of adults couldn’t compute the cost of a carpet when told its dimensions and square-yard price.

Advanced mathematics requirements, like algebra, trigonometry and calculus, are "a harsh and senseless hurdle," Hacker says.

“In our community colleges, 80 percent don’t get a college degree. The chief reason is that 70 percent fail remedial math,” Hacker told National Public Radio. “And even in our four-year colleges, 40 percent don't get B.A.s [after 6 years]. And the biggest reason is they fail freshman math. We're killing our kids. We're destroying their futures because of this requirement. I think it's outrageous and we're doing a lot of harm.”

Rather than requiring all students to take advanced math courses, Hacker believes students should focus on what he calls “adult math” so they become agile enough with numbers that they can calculate mileage for business expenses, understand interest rates, or read a corporate report or the federal budget.

A Question of How – Not Should - We Teach Math

Hacker’s book has gotten a lot of press and sparked a lot of controversy, especially – and not surprisingly - among math teachers.

Hacker may be correct that few students go on to use algebra in their day-to-day lives, but they don’t know that when they’re in high school, let alone middle school, says Hemant Mehta, an author, blogger and National Board Certified Teacher (NBCT) who taught geometry, algebra 2, trigonometry, AP statistics, and pre-calculus in Illinois for nearly a decade.

“I don't blame students for focusing on what they think they need to know, but the whole point of a high school education is to immerse yourself in different subjects before you specialize in any one of them,” Mehta explains. “You never know what your future will hold, so it's to your benefit to learn as much as possible. It's up to teachers to understand and explain the bigger picture of how a particular topic fits into the broader mathematical world.”

Geometry proofs, for example, offer students a systematic, logical and “better way to think,” Mehta adds. “If we we're not helping them see that, we're doing them a huge disservice.”

Barbara Ransom, who teaches eighth grade math at John Adams Middle School in Santa Monica, Calif, says the question isn’t whether students should complete advanced math courses as a requirement, but how can they do so “enjoyably and successfully, because I believe every student can.”

She and her colleague Parisa Jung, a national board certified sixth grade math teacher at John Adams, think that the Common Core Standards are a step in the right direction. They advocate for using math in projects that students are passionate about rather than just memorizing algorithms that make no sense to them.

“If we untrack math, end the math race, teach it as an integrated subject (instead of separating Algebra and Geometry) and do more project based learning students should find it more useful and accessible,” Ransom says. “Higher level math and the thinking processes involved are actually very collaborative and exciting.”

Slowing the Pace of the “Math Race”

Ransom and Jung see too many parents and educators encouraging students to hurry up and win the math race by putting them on an accelerated track. As soon as students hit sixth grade they are pushed to rush ahead in math instead of working on deep understanding, problem solving, or fluency. Their solution is not necessarily less math, but math at a slower pace.

Ransom believes the vast majority of students should be taking grade level classes in sixth through eighth grade, and should only enter Algebra in ninth grade, after gaining the conceptual understanding and procedural fluency that they need to succeed in higher level math. If they choose to accelerate, they should have the opportunity to do so between ninth and tenth grade by taking Geometry over the summer.

“This would be if they have the passion and love for math to push ahead,” says Ransom.

Currently students are required to cram two years of math into one, she says, leading to stress, frustration and even tears.

In a letter to their school board urging the district to ease up on the math race, Ransom and Jung wrote: “We want students to understand and enjoy math, and we want them to accelerate when they are ready. Students can still be math, engineering, and computer science majors in college if they follow the grade level pathway - but they can't if they grow to hate math because of the stress they are put under at a young age.”

The two educators emphasize that they don’t want to lower their expectations for math, because it is “an art and is a way of making sense of our world,” says Ransom. “It is beautiful and should be taught as such.”