'I Didn't Know It Had a Name': Secondary Traumatic Stress and Educators

Caring about students can come with a price. Self-care helps, but schools need to take the lead in helping educators cope with STS. 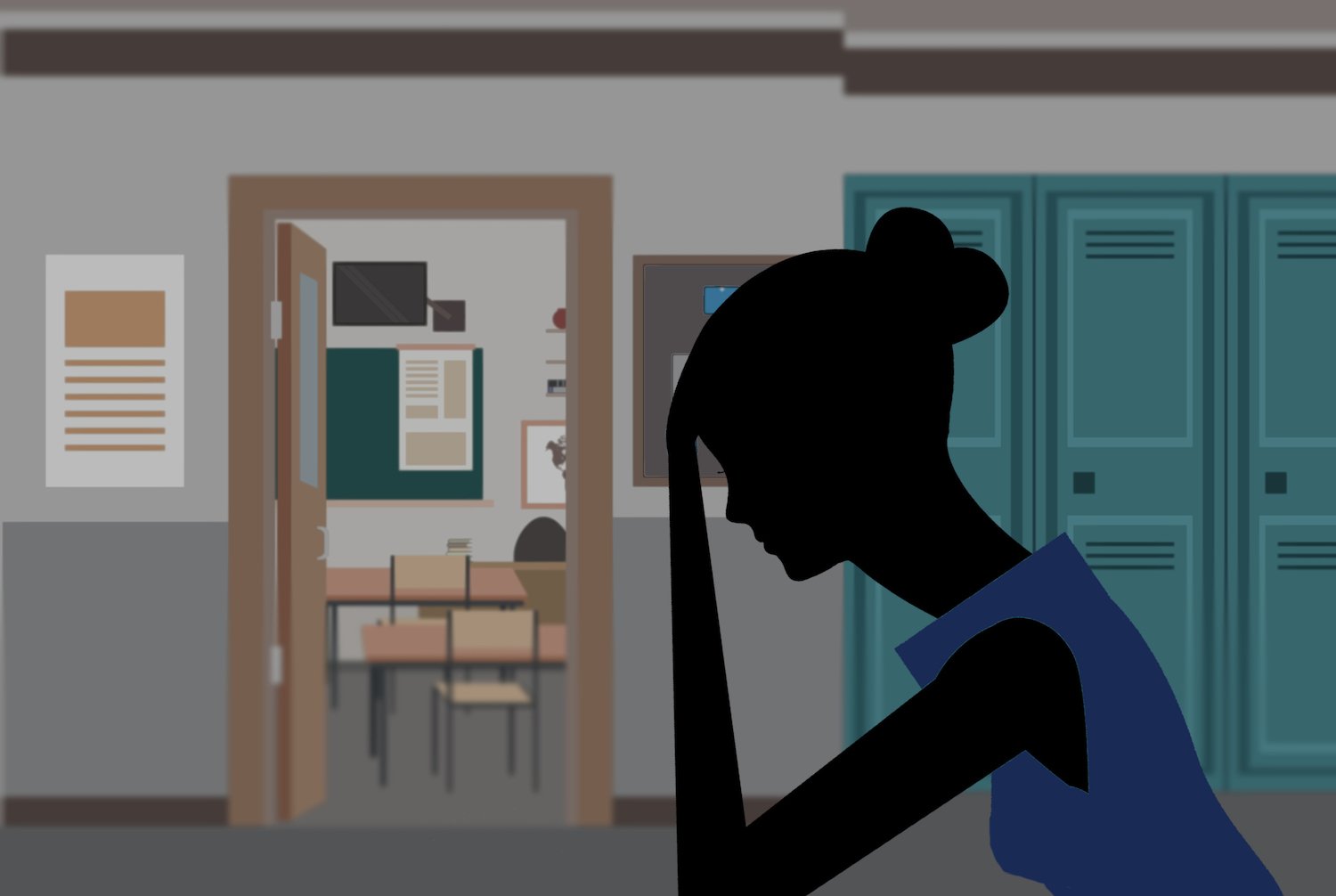 Not too long ago, many educators who complained of burnout were probably greeted with a collective shrug from school leaders. Teacher exhaustion or stress have often been dismissed as signs of weakness and an inability to cope. With schools and districts providing little in the way of support, the burden was always on educators to deal with whatever was dragging them down.

Although this scenario still plays out in too many schools, districts are becoming more aware and sympathetic to the pressures teachers face in school every day and the adverse impact it has on the profession and students. This acknowledgement leads to - hopefully, eventually  - strategies and programs designed to support educators.

Experts caution, however, that policymakers resist a once-size-fits-all approach. Yes, educators are burned out, they are stressed, they are fatigued, they are demoralized,  and many are now coping with trauma—all conditions with similar symptoms that require proper diagnosis to treat effectively. The trauma could be their own  - or their students'.

According to the Centers for Disease Control (CDC),  more than half of all U.S. children have experienced some kind of trauma.

Whether you're a teacher, paraprofessional, counselor, or school resource officer, every staff member cares deeply about students. And that means being exposed to the traumas students bring into school every day, including poverty, grief, family problems, racism, drug abuse. The emotional and physical toll is often severe. Even if they have not endured trauma themselves, educators can begin exhibiting symptoms similar to those of their students -  withdrawal, anxiety, depression, and chronic fatigue.

Secondary traumatic stress is sort of the consequence of being a good teacher. If you care about your students, you’re probably not going to avoid it” - Jessica Lander, teacher

This is called secondary traumatic stress (STS), defined by the National Child Trauma Stress Network (NCTSN) as “the emotional duress that results when an individual hears about the firsthand trauma experiences of another.”

Secondary traumatic stress has long been acknowledged as a condition affecting professions such as nurses, child welfare workers, first-responders, and counselors. It's taken a while, but STS is "beginning to be actualized as a real condition affecting teachers," says Steve Hydon, clinical professor and director of the School Social Work Program at the University of Southern California.

"What was once referred to as stress or educators ‘having a bad day’ – which might still be happening – has evolved. Schools are realizing the very real presence of STS."

The condition is likely more prevalent than anyone may realize, says Jessica Lander, a high school teacher in Lowell, Mass.

"Secondary traumatic stress is sort of the consequence of being a good teacher. If you care about students, you’re probably not going to avoid it."

Lander likely helped a lot of educators begin to understand STS last year with an article she wrote for the Harvard Graduate School of Education titled "Helping Teachers Manage the Weight of Trauma," a short primer on the condition complete with recommended resources. KQED MindShift picked up the story, which was soon widely shared across social media.

Research examining the impact of STS on educators, however, remains fairly thin.

A 2012 study conducted by the University of Montana did conclude that there is an increased risk for STS in school personnel. The study analyzed over 300 staff members in six schools in the northwest United States. The researchers found that “approximately 75 percent of the sample exceeded cut-offs on all three subscales of STS. Furthermore, 35.3 percent of participants reported at least moderate symptoms of depression.”

The tendency to conflate conditions persists, despite the similarity in symptoms, says Hydon.

“Compassion fatigue,” for example, is often used interchangeably with STS.  Compassion fatigue “generally sets in over time, hence the 'fatigue'.” explains Hydon. “Secondary traumatic stress can set in almost immediately because of a student experience.” 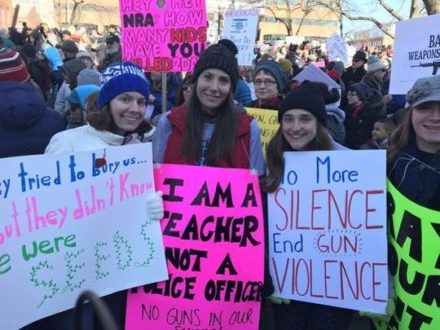 Like fatigue or burnout, STS quickly spills over into educators' personal lives and likely hastens their exit from the profession.

“It seems like teachers have in some ways become case workers,” LeaAnn Keck of Trauma Smart told Edutopia.  “They get to know about their students’ lives and the needs of their families, and with that can come secondary trauma.”

Jennifer Pacatte, a teacher in Rochester, NY, considers herself fortunate that she has a network of support outside the school.  When she began her career in the mid-1990s, she admits she didn't quite realize what she was was getting herself into beyond the role she had been trained for.

“I was not really prepared for how my students' lives outside of school would seep into the classroom and how that would so deeply affect me,” she recalls.

“Every day, I would go home and think about my kids and their problems. Educators take that on, and it drains us. For newer teachers nowadays, it has to be even worse. They don't have the capacity to deal with the impact.”

Data from the 2016 National Survey of Children’s Health (NSCH) showed that 46 percent of America’s children had experienced at least one adverse childhood experience (ACE) with the number rising to 55 percent for children aged 12 to 17. One in five U.S. children have two or more of these experiences.

In the small rural district in eastern Washington where Steve Stroschein teaches, the number of ACEs students have experienced is staggering.

As president of the Clarkston Education Association, Stroschein was concerned by the impact student trauma was having on educators in the district, particularly those just starting out. “As educators, our focus is always on the students, but we have to bring it back to ourselves. Our educators are stressed. They're struggling.”

In 2018, he teamed up with the district superintendent to launch a modest initiative to help “keep our teachers healthy,” Stroschein says. “We're emphasizing community-building within the school. Giving them a person to talk with, providing them with resources. We're a small district so we can make more of an effort to check in on all our staff to see how they're doing.”

“It's important that they know we care. We can't leave our educators out on an island by themselves.”

Last May, representatives from 39 National Education Association affiliates echoed Stroschein's concern at a gathering in Chicago to discuss trauma-informed schools. Participants noted that many members felt isolated as they neglected their own mental and physical health while they assisted students dealing with trauma.

In the resulting report, NEA and the National Council of State Education Associations issued a series of recommendations around trauma-informed schools, including advocating for comprehensive mental health and employee assistance program supports for all educators. Acknowledging the need for self-care, NEA and NCSEA also urged affiliates to promote a campaign to counter the narrative that it’s somehow selfish to look after yourself.

Not Only About Self-Care

Steve Hydon says educators have a responsibility to be aware of the importance of self-care and be proactively engaged in it.

“But it is also the school’s responsibility to understand that trauma is inevitable and can impact anyone,” he adds. “If we want healthy teachers in our classrooms, schools must acknowledge the importance of things like staff appreciation, involvement in decision-making, vacation time, mental health awareness and professional development training on ways to build and value self-care.”

It's critical that these efforts are school or district-wide, says Jessica Lander, because an inordinate emphasis on self-care or “resilience” without adequate supports places too much of the burden on the individual educator.

“What was fascinating to me when I wrote the article last year,” Lander recalls, “was the number of teachers who responded by saying, 'Oh my gosh, I have been feeling these things for years, and I didn't know it had a name.'”

That can be isolating for educators, making it more likely that they think it's just an individual problem that they alone have to address.

“If the teacher doesn't know what he or she is going through,” Lander says, “the school or district has an obligation to tell them, 'We are going to name it and we are going to help you.'”

It's the compassionate and right thing to do, she adds, but “no teacher will do their best work if they are suffering from STS. The bottom line is strategies to support educators are always going to help students.”