With gender-inclusive policies in place, educators can help transgender students stay safe and engaged in school.

(To protect the rights, privacy, and safety of the people interviewed for this story, NEA Today has altered or change their names. Only one source specifically asked to be identified.)

MJ, a 14-year-old teen from Virginia, was up late one evening. It was March, 2016, and he was watching YouTube videos, trying to learn if “this is a real thing.” The more he watched, the more he realized he needed to tell his mother something. He stepped into her room and woke her with these six words, “Mommy, I feel like a boy.”

Prior to this night, MJ went by another name and was referred to with female pronouns. But the stress of his birth-assigned sex weighed heavily on him. “It was building in my chest, I felt heavy, like I was carrying something 24/7.”

When he shared his gender identity with his mom, he was slightly worried about what she would think. “We never talked about that kind of stuff,” he says, but he knew she was open-minded.

While his mother acknowledged that she didn’t really know what feeling like a boy meant, she fully supported MJ. “He knows I would move mountains to make sure he gets his needs met,” she says.

So far, moving mountains has been unnecessary. MJ has a supportive system at school.

The teen’s high school is in an exurban community in Virginia—a high-income, homogenous, and conservative town too big to be rural, too small to be suburban.

The pale school building stretches across a few blocks of farmland. Within its walls, however, educators are boldly answering the call to include and uphold the rights of transgender students.

While the school has no official policy for transgender students, administrators and educators have adopted informal practices designed to respect MJ’s gender identity.

“My school does what’s right for students,” says a 20-plus year educator who asked to remain anonymous, fearing community backlash. “We’re here to make all students feel safe and comfortable so they can learn, and...while we don’t have an official policy in place, we do have solutions specific to our school that don’t ruffle any feathers.”

During a faculty meeting before the start of school, educators openly discussed topics specific to transgender students: the location of the gender-neutral bathrooms and changing areas; how to update the grade book program to students’ preferred names; and the best ways for staff to work with students, families, and other educators.
WHEN SCHOOL POLICIES EXIST, EDUCATORS SAY…
They’re more comfortable because it gives them something to lean on when making decisions in their classrooms. It sends a message to all students that they’ll be accepted, validated, and treated with respect and dignity. A policy tells parents their kids are going to be safe.
For MJ, having supportive educators meant he didn’t have to worry. “My counselor helped me the most because she sent out an email to my teachers saying this is what I wanted to be called and these are the pronouns,” MJ says. “[I felt] less anxious about going in[to] school, knowing that there were at least a couple of people who knew what was going on and had my back.”

Uncomfortable moments were few and far between, says the mild-mannered teen. Early in the school year, a student pressed, “You look like someone I used to know in middle school,” the student said. A substitute teacher unknowingly called his birth name during roll call, and while some educators may use his preferred name, they avoid pronouns all together. “Instead of saying, ‘Give this to him.’ They’ll almost always use my name,” he shares.

Overall, says MJ, his experience at school has been positive. And it should be that way, because, as he says, “I’m a normal kid, no different than anybody else,” adding a look that seems to say: “Why would anyone think I’m so different?” 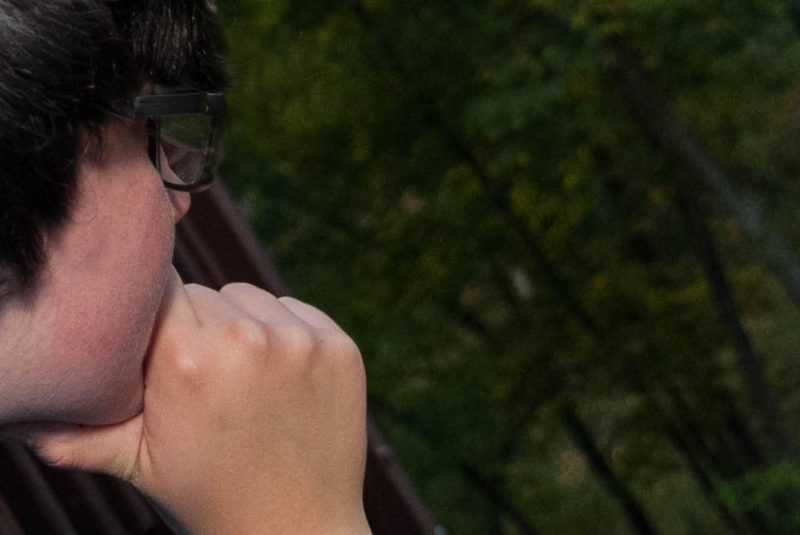 “I’m a normal kid, no different than anybody else”

Brian—a teacher in a small, conservative town in the Appalachian mountains—has seen what can happen when communities make it difficult for students who transition.

He tells the story of Morgan , a former student who transitioned two years ago from male to female during her junior year of high school.

“It was awful,” recalls the 25-year veteran teacher, explaining how some students verbally harassed Morgan with homophobic slurs. A group of educators noticeably disapproved of her changing in the girls’ area during a road trip and would make a “fuss” when she would use the female bathrooms.

Morgan’s mother worked at the school during this time. She felt the pressure, too. “Whenever there were any issues with Morgan, teachers would bring her in and say, “You need to get ‘your son’ in line and make sure ‘he’ is doing the right thing,” Brian remembers.

Brian is the school’s Gender Sexuality Alliance (GSA) advisor. He describes how during club meetings, people would pound on the door and holler anti-gay slurs. “I’ve had to sit outside the door,” he laments.

By Morgan’s senior year, she was honoring more of her authentic self and dressed in female clothes, which “caused a big commotion in school,” says the teacher, “and that’s when Morgan’s mother quit. She couldn’t take the pressure of the school’s system and the backlash.”

Morgan finished her four years of high school. She didn’t attend the graduation ceremony because she wasn’t allowed to dress in the female colors and attire. Morgan disappeared after she left school, and Brian has lost contact with her.

It Only Takes One

Despite the unsupportive school culture, GSA offers the only safe space for transgender students. Members include straight, gay, lesbian, bi-sexual, questioning, and transgender students, and in the last five years, participation has fluctuated between six and 35 students.

“I have days when—gosh—it’s overwhelming: the lack of compassion and understanding, and people’s prejudices. It’s sad people are still being treated this way,” says Brian. “But I’m here to protect all my kids and treat them equally.”
WHEN THERE’S NO POLICY, EDUCATORS SAY…
Students feel unwelcomed, unsafe, belittled, and ignored. Students are more likely to miss school, which leads them to do worse academically. Kids with home support do better in schools that lack support, but for students who are not supported at school or at home, they are lost trying to find the support they need.
While Morgan’s experience at school was difficult, she opened the door for other students to come forward. This year, a student is openly transitioning from male to female. She has been a passionate advocate for her rights, and even stuffed gender-inclusive information in the principal’s mailbox.

Brian believes that if the school had clear gender-inclusive policy, educators would have a better idea about how to guide decisions to support all students. “But around these parts, getting a policy would be difficult,” he acknowledges.

While the idea of supporting the rights of transgender students may be challenging for some, the nation is dotted with a growing number of educators who are making changes to their school policy and opening their classroom doors to respect all students. “It’s really not that hard to make all students feel safe, comfortable, and accepted,” says the educator out of Virginia.

Violet Bezelik is a well-poised 14-year-old freshman girl, who quickly dismissed the question of anonymity with a subtle hand gesture. Throughout the interview she would say things such as, “I had to live life for me…” and “I’m just me.” Her internal dialogue included positive affirmations: “…[P]eople are going to say what ever they want. You don’t have to listen to that, you are your own person, and you have people who love and care about you.” This mindset and support system from those around her have given Violet the fearlessness and perspective to live authentically.

Violet is a model student, smart, and friendly—a fashionista, who’s loved by her parents and well liked around her Virginia-area high school.

The teen came out in 7th grade. She remembers the day vividly. It was March 26, 2015. Her dad had returned home from a work trip, and Violet was determined to share her gender identity with her parents.

As the family sat around the television to watch a show, Violet recalls thinking, “I’ll tell them after this commercial break.” One commercial after another—even after the show ended—Violet remained silent, until her dad asked, “Hey, are you okay?”

“I’m transgender,” the teen remembers telling her parents. “I want to be a girl.”

To ease into her transition, Violet was homeschooled her eighth-grade year. Her name would be legally changed, and when she entered high school, Violet would be, well, Violet.

The school experience has been “amazing,” says the teen, explaining that her teachers on Day One had the right name listed on rosters. Along the way, educators would check to see if Violet was doing well and free from any harassment. 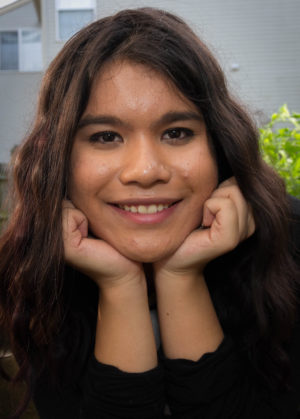 This support “makes me feel a whole lot better about being a transgender teenager,” Violet says. “When I have people who care, keep me safe, and defend me . . . it definitely makes me feel like I can take on the world, once I finish high school and take on college.” The easy-going teen plans to study theatre or cosmetology.

Violet doesn’t necessarily see herself as a pioneer, but understands that by living as her authentic self, she adds richness to the school culture by showing other kids who may be questioning their identity that “it’s okay to question.” She’s living proof that kids can be safe.

Her message to those who struggle to understand the transgender community: “I’m just an ordinary girl, a regular person, not a science experiment. The only difference is how I got to my identity,” adding, “There’s no need to be hostile. I’m living my life the way it should have been from the start.”

Violet’s dad attests to his daughter’s positive school experience. He shares how he and his wife first met with the school counselor to discuss their concerns over safety and bullying and to talk about Violet’s wants and needs. The interaction with the counselor put them at ease, especially knowing that other transgender students attended the school.

“This wasn’t their first time, and our concerns were addressed. We felt the school was prepared,” explains Joe, who believes educators are in a strong position to help save lives.

The family isn’t asking anyone to change their beliefs, says Violet’s dad, but emphasizes that “using the right name and pronouns can give so much validation to kids, who may not get it at home. It could save their lives.”

“Most teachers get into this profession because they care, so arming them with information about simple things they can do to make a student’s life better—I think most would be open to it,” says the dad of two.

Statistics show that 30 percent of transgender teens and young adults have attempted suicide, and nearly 42 percent have engaged in some form of self-harm, according to a study published in the journal Suicide and Life-Threatening Behavior.

For the Bezeliks, acceptance is key for the health of their daughter. “Violet’s really loving life now,” says Joe. “She’s so much happier, and I love seeing her flourish.”

Schools in Transition: A Guide to Support Transgender Students in K-12 School