Immersion Programs Teach Much More Than Another Language 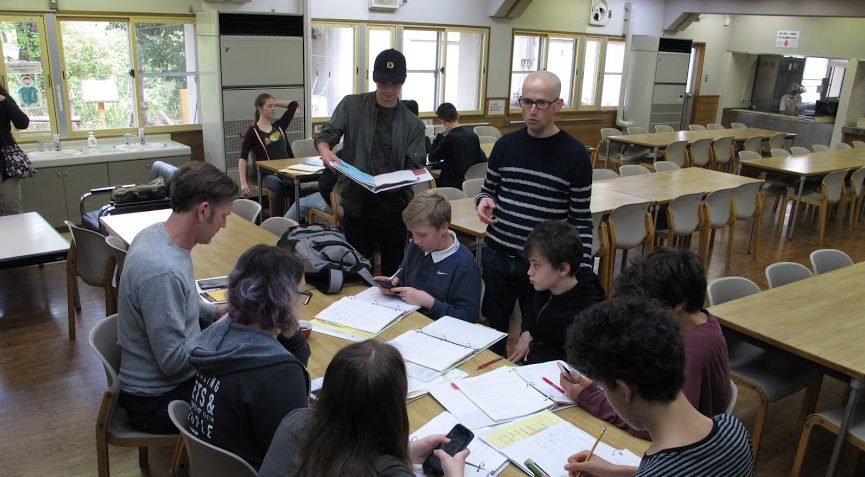 Matthew Bacon-Brenes is a dual language immersion mentor teacher in Portland Public Schools in Portland, Oregon. He teaches Japanese, Mandarin, Vietnamese and Spanish. We spoke to the NEA Foundation Horace Mann Awardee about about language immersion programs and the wide-ranging benefits they bring to all students.

It’s a gateway to understanding the multicultural, multi-perspective world in which we all live. My interest in language is deeply rooted in cross cultural communication. We need to understand different cultures and perspectives to fully understand our place in history and our relation to the world.

There is great power in history lessons told in a different language with a different cultural lens. That’s how we learn about narratives and paradigms that don’t exist in one language but do in another.

What lessons have your students learned from cross –cultural studies?

A core Japanese cultural value emphasized, encouraged and honed in my classroom is “thinking of the other.” It is thinking about and honoring the feelings and perspectives of those around you. “The other” can be in the seat next to you or someone on the other side of the globe.

The unit starts with John Locke’s “State of Nature” and “Natural Laws” that are the basis of Thomas Jefferson’s “Life, Liberty and the Pursuit of Happiness”.  Most American students at 8th grade have heard those words and can repeat them when prompted with the fill-in-the-blank “Life, liberty and _______?” A light bulb goes on. A connection to a thread of American culture and value system in which students have been immersed unfolds.

We look at interpretations on this triad of individual rights and dearly-guarded American values to examine events like the occupation of the Malheur National Wildlife Refuge, the flying of the Confederate flag, homelessness in Portland, and other contemporary issues. The core question is, “whose rights to life, liberty and the pursuit of happiness are being violated?” The answers are complicated, involving racism, classism and more.

At some point following this unit on the U.S. Constitution and the Bill of Rights, I offer students a series of readings on Japanese cultural values, offering another fill-in-the-blank: “Liberty (or freedom) is to Americans, as __________ is to Japanese.

There is no shortage of answers: respect, peace, community, etc. Harmony is one of the highest cultural values in Japan. Collectivism, in contrast to America’s ardent individualism, places greater emphasis on the needs of the group than the individual in Japan. “Ongaeshi” (returning a favor) is also enormously important.  We push students to not just speak the language of Japan, but its culture as well.

Learning all the correct vocabulary and attending well to the grammatical rules is important. But not paying attention to cultural norms when speaking another language leads to “fluent fools” – our students become aware of other perspectives, that the American perspective isn’t the only one and that being a fluent fool is not cool.

What other benefits do language immersion programs have for students?

There is a lot of research that shows the rigor of language acquisition combined with content acquisition has enormous cognitive benefits for native and non-native speakers, raising achievement particularly in language arts and math.

Benefits are seen in every student demographic – affluent, low income, native speakers and English native speakers. Higher level learning skills comes from the power of transferring words and ideas from one language to another, thereby reinforcing them.

It’s a little hard sometimes for parents and educators to get on board with 50-50 immersion programs because there is an initial lag. Some parents wonder how their child, who might already struggle in math, will catch up if he’s learning math in a second language. But they do catch up. In fact statistics show that dual language students not only catch up, they pass up English-only students. 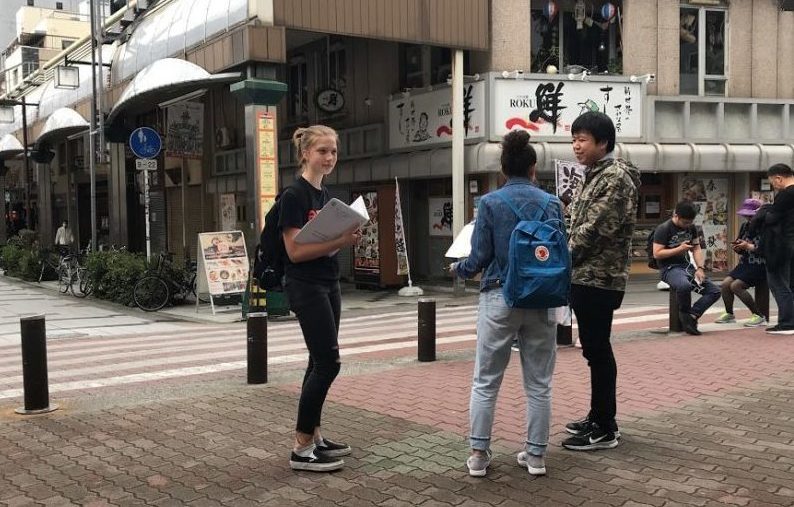 What are the benefits for ELLs in a dual immersion program?

I you want students to understand content, the best way to get them there is in their first language. This is an equity issue. We must move past the historic thinking around ESL as a deficiency model, like they are deficient because they can’t speak English. Instead, we embrace their heritage language skills as Spanish speakers or Vietnamese speakers, for example, and offer English simultaneously. We value their first language and realize that using it is the best way for them to access new content while also teaching them the English language. Again, it’s reinforcing the concepts, words and ideas.

How is the presence of a language immersion program an equity issue?

Language can be divisive – we’ve seen that around the country with English only laws, but we’ve also seen how language can bring people together and bring about academic rigor more universally. By looking at the immersion program through an equity lens, we see that the best model is 50-50, with half of the student body coming from a targeted language.

Why is the celebration of diversity so important in our current political environment?

The “America First” mentality is based on fear and is totally counterproductive to solving our greatest issues on the globe, from racism and hunger to human rights and environmental disasters. We need to embrace each other to evolve, grow and be a place where we all have an opportunity.

I think language and multicultural learning – embracing all heritages, opening access to opportunities, and offering a sense of belonging to everyone -- is a piece of it. When students see their culture and their perspectives as part of our curriculum it counters that destructive idea that fear needs to drive us.

I believe that love needs to drive us, I take that from Martin Luther King, Jr., from Gandhi, and from all of the educators that I work with. That’s what drives educators -- the love; getting outside ourselves to embrace the beauty and gifts of the other. Language studies and cross-cultural communication is key to that.