'An Important Time for Transparency and Understanding'

Public health experts answer questions from NEA members on the safety, efficacy and the equitable distribution of the COVID-19 vaccine. 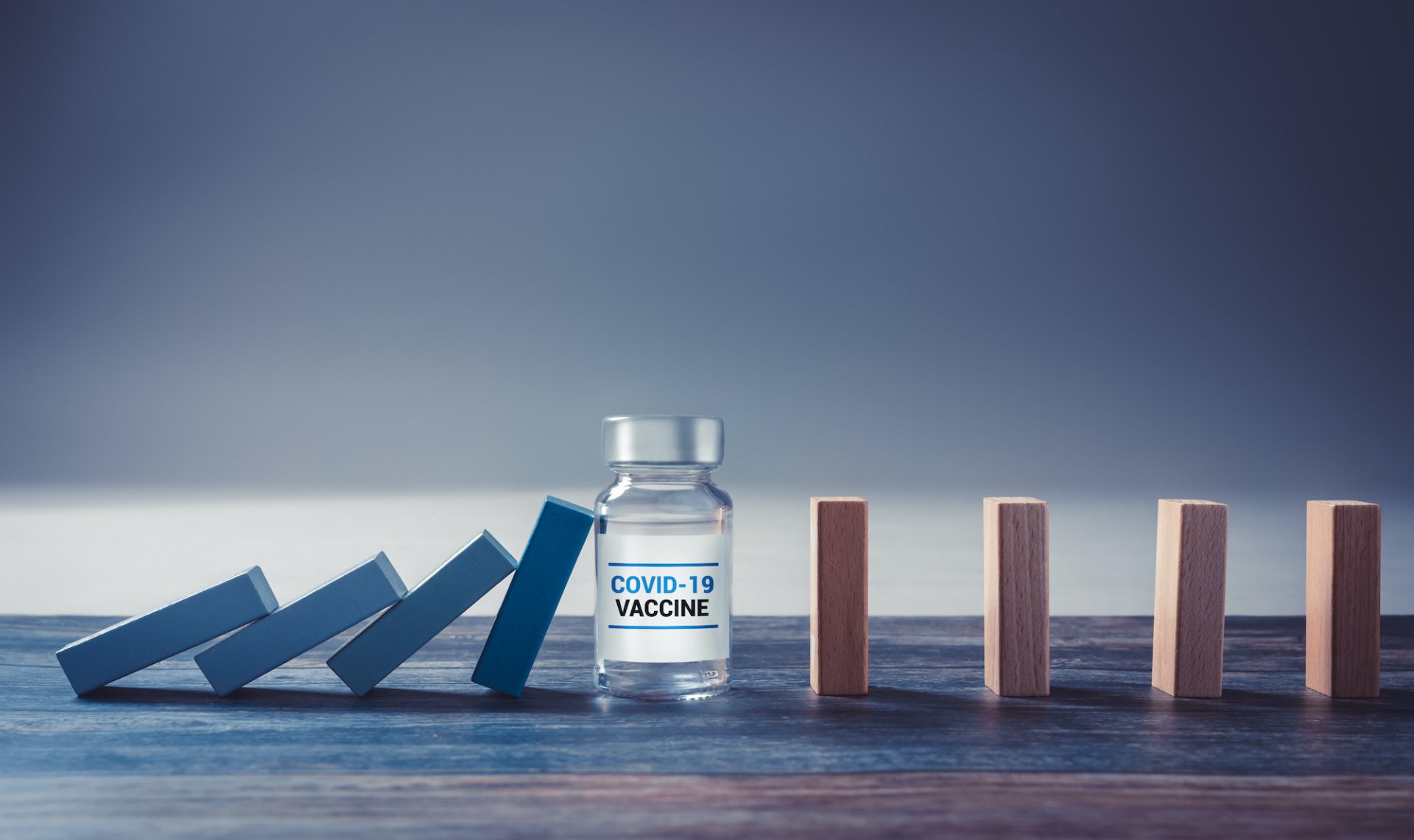 The approval of two COVID-19 vaccines in December was the news most everyone was waiting for. Suddenly, even as infections and resulting deaths continued to spiral, the nation could look forward to a return to some standard of normalcy in 2021. Optimism has been tempered however by the painfully slow rollout in many states, initial lack of federal leadership (a deficit the new Biden administration has pledged to correct) and the need to overcome the hesitancy many have toward the vaccination.

The National Education Association has urged the U.S. Centers for Disease Control and Prevention (CDC) and other governmental agencies to consistently and transparently communicate the benefits and safety of the vaccines. The NEA’s 3 million members, like everyone else, are looking for information.

The discussion was moderated by Dr. David Michaels, an epidemiologist and professor at George Washington University's School of Public Health who also held positions in the Clinton and Obama administrations. It included Dr. Helene Gayle, president and CEO of the Chicago Community Trust, a recognized expert in the study, control, and prevention of infectious diseases; Dr. Peter Marks, director of the Center for Biologics Evaluation and Research at the Food and Drug Administration, which is charged with assuring the safety of biological products such as vaccines; and Dr. Nancy Messonnier, director of the National Center for Immunization and Respiratory Diseases at the CDC.

For an hour, these experts candidly answered questions around the development process and explored issues around safety, efficacy and the equitable distribution of the COVID-19 vaccine.

"This is an important time for transparency and understanding," Michaels said.

“We Had to Feel Comfortable”

To most people, the news that the vaccines, which are 90 to 95 percent effective, would soon be approved and distributed was obviously welcome, but also a bit jarring. Nonetheless, these experts say the seemingly sudden approval and initiation of the rollout shouldn't generate undue suspicion.

No corners were cut, said Marks. In fact, “there were more eyes looking at these vaccines than ever before, compared to the average vaccine. Everything was checked that needed to be checked.”

It was a quite remarkable achievement in moving the process along relatively quickly. Marks explained how clinical trials transitioned seamlessly from phase 1 to 2 and then 3. Constant communication between the FDA and the manufacturers was pivotal.

“During this time, we gave the companies guidance. That helped so by the time the Pfizer vaccine and Moderna were submitted in December we were able to have emergency use authorizations ready to go. They met a remarkable efficacy mark-—95 percent effective …and were equally effective on a variety of ethnic and racial backgrounds, which is very impressive.”

“After the large trials, we had to feel comfortable with what they had done met our standards,” Marks added.

The CDC's Messonnier noted that the vaccine emerged relatively quickly in large part because the vaccine platform had been in the works for years. “We jumped in and we had a vaccine candidate early on. By having this platform, it allowed us to get head quickly. So there was no starting from square one.”

Answering Your Questions About the COVID Vaccines

“Skepticism is Hopefully Dropping Away”

A vaccine that sits on the shelf “is not effective for anyone,” said Messonnier. “But the initial rollout has been complicated, due mostly to the limited supply.”

Messonnier urged patience. “We have never tried to do this before—push a vaccine out in a short time span to the entire country—even as we continue to social distance.”

It was clear early on that the demand for the vaccine, in the early stages, would far outstrip the supply. The CDC, in addition to formulating guidelines on the recommended use of the vaccine and ensuring checks and balances were in place, came up with a framework for these limited dosages to target groups that were particularly vulnerable: health care workers, resident in nursing care facilities.The next group were essential workers and higher-risk individuals due to their age.

As you move past these initial groups, Messonnier said, it gets more difficult. “We need to be efficient, effective but also responsive. Our approach is to go to every corner of the U.S. but also make sure that people get the information and education they need they ready to roll up their sleeves and get the vaccination.”

While the CDC has put out guidance on how to prioritize different groups of people for the vaccine, states ultimately make their own decisions on rollout.

Messonnier explained how the CDC embedded in its distribution framework a social vulnerability index, which looks at those factors or risks—race, ethnicity, income, etc— that make them a higher priority for the vaccination. “We need to make sure these communities were prioritized,”she said.

An NEA policy statement released in December urged the CDC and other government agencies, in their vaccine distribution plans, to “specifically address the disproportionate suffering in communities of color and must account for vaccine hesitancy based on historical abuses and exploitation of communities of color.”

Concerns about the speed and the safety of the vaccine, Dr. Gayle said, are rooted in mistrust in the health system “for good reason, so we need get the info out there and make sure there’s transparency. it was important that we work with community-based organizations on messages.  That has been a huge part of this effort.”

Gayle recounted how a friend and fellow pediatrician, after expressing skepticism about the vaccine,  is now eagerly waiting her turn as opposed to a few months ago.  “Skepticism is hopefully dropping away as more data points emerge.”

“We May Need to Be Revaccinated”

Marks explained that roughly 14 days after the first vaccine dosage, you're “somewhat protected” against COVID. You get the full extent of immunity a week or two after the second shot.

Marks also took a minute to dispel myths that have been prevalent across social media, namely its impact on reproduction. “There is no evidence whatsoever that the vaccines cause infertility nor will in any way alter your DNA or genetic material.”

There are some things we don’t know, Marks cautioned.  “We don’t know how long the immunity will last – a number of months, but how much longer? We have to follow people. We may need to be revaccinated. We just don’t know yet.”

Since the nation is in such a deep hole right now, he added, even only six months of immunity would be a significant step forward.

The CDC has been watching the side effects from the two vaccines very closely, which can include mild flu-like symptoms, a slight fever, and even some more serious allergic reactions. This latter group is very rare, and the CDC is working to make sure that any vaccination site is prepared to treat these allergic reactions.   -

“When you give a vaccine to many people at once, things will happen,” Messonnier said. “Then you have to figure out if what has happened is related to the vaccine or related to life in general. Would [the reaction] have happened without the vaccine? We’re trying to sort that out.”

For the nation’s educators, students and their families, the big question for months has been when, and if, school will ever get back to “normal.” It's a tall order to get everyone vaccinated by the Fall and, as moderator Dr. David Michaels said, “the vaccine itself is not going to protect us.”

Continued social distancing, hand-washing and other mitigation measures in public schools and institutions of higher learning, will be essential, even as more educators and families are vaccinated over the next few months.

“We might be able to get back to some level of normalcy for schools come the new school year,” said Marks.

What it will take to reach herd immunity—when enough people in a community are protected from getting a disease because they’ve already had the disease or they’ve been vaccinated—is too much of an unknown, Marks added, and not something we should concern ourselves with right now.

“We’ll have a gradual progression back to normal life. This is bit of a marathon, so for a while longer, we need to have folks abide by …these layers of protections. These mitigating efforts will have to continue in schools across the country.”

This week, the Biden administration announced an ambitious plan to reopen most K-8 schools over the next 100 days - by significantly ramping up vaccine distribution and pledging the necessary protections and resources are in place to support the safe return to in-person instruction in school buildings and on campuses.

NEA applauded this announcement and continues to advocate that school reopening be done safely and equitably.

“When we talk about the work of schools, were not just talking about protecting teachers but also bus drivers and every other every school employee. Everyone plays a role. And unions are on the frontlines right now advocating for your safety and your family,” Michaels said.

As always, a key strength for educators, added Gayle, is their advocacy,

“It’ll take adequate resources to this well, so use your voice. There will be more bumps in the road, but we have to pull together and work toward the common goal.”