It’s Come to This: Panhandling For School Supplies

With a piece of poster board and a few markers, Teresa Danks has raised more than $30,000 for school supplies. But why should educators have to go to such lengths to provide classrooms with basic supplies? 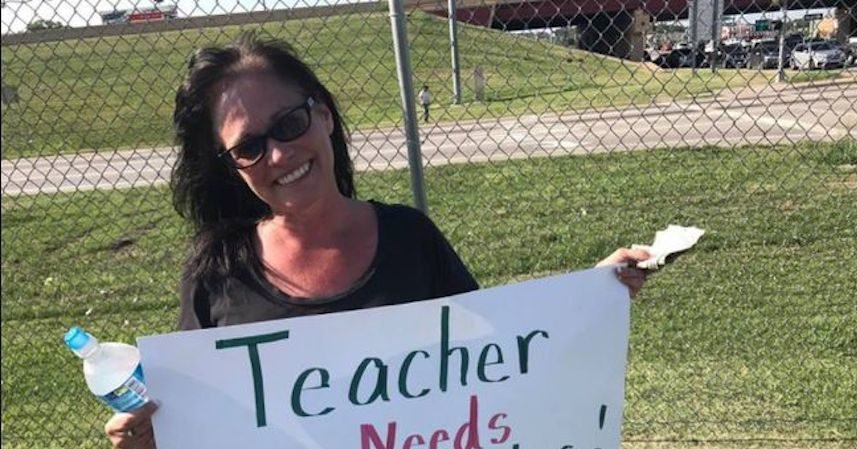 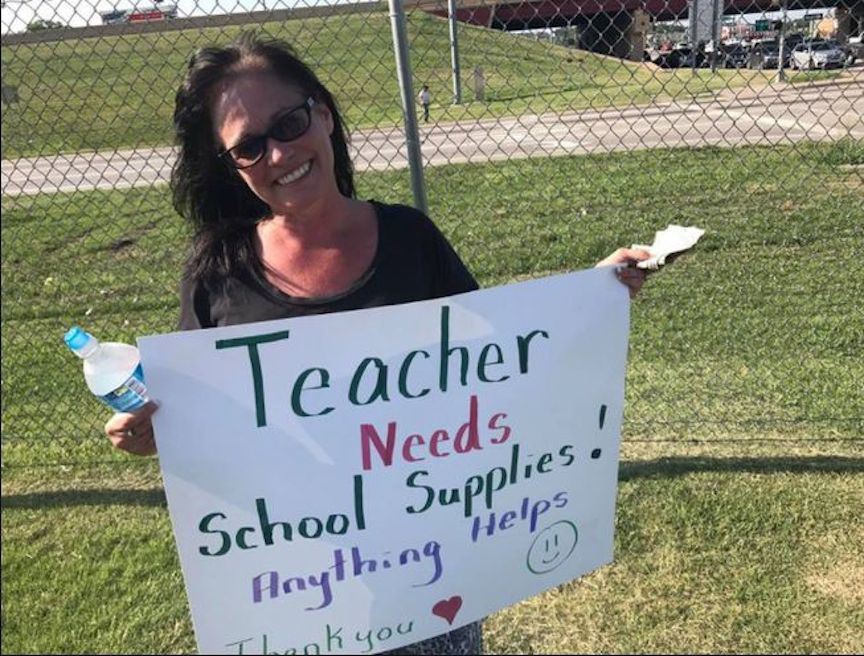 There’s no doubt about it - teachers are resourceful. Take Oklahoma elementary educator Teresa Danks, for example. Every year, the third-grade teacher spent up to $2,000 of her own money on school supplies and learned to make a buck stretch for miles at the dollar store for her students’ class projects. But before going back to school this year, a few simple dollar store supplies helped her raise money – quite a bit of money, in fact  - rather than save it.

With a piece of poster board and a few markers, Danks has raised more than $30,000 for school supplies. We caught up with Danks, aka the “Panhandling Teacher,” to ask her about how she took her need for supplies to the people.

Was the need for supplies different this year than in other years?

No, the need for supplies in the classroom is ongoing. I knew I’d need supplies this year like I do every year. Our curriculum gives us a lot of ideas for enrichment, but none of the supplies are made available so we have to go out on our own time and find what we need and buy it with our own money.

Where did you get the idea to panhandle for school supplies?

At a Waffle House. I was having breakfast with my husband and telling him about all of the items I still wanted to get in for my class projects this year. I was complaining about the $10,000,000 cut to our district’s budget and how teachers in Oklahoma haven’t had a pay raise since 2008. I said I was tired of being among the lowest paid teachers in the nation. I was tired of not having enough funding for our classrooms but being expected to always make it happen. I said I wish I could just do something. My husband joked that I could always make a sign like panhandlers do. We both laughed but then I thought about how powerful a statement such a sign would make and how such a picture would represent where public education is today. And I said, let's do it.

Were you nervous about standing on a corner begging for money, even for such a good cause?

Yes, I was nervous, but I made the sign and I went to stand on a busy corner and my husband drove down the ramp to take a photo for Facebook. Within ten minutes my fear dissolved - the love and support of the community overwhelmed me! People rolled down their windows to thank me for teaching and to encourage me. During the time it took for the light to change twice, I had more than $55.00 and a firm realization that the public is behind teachers.

What’s happened since that day you stood on the corner?

In less than an hour after my picture hit social media, I was contacted by a local news station, and less than 24 hours later I realized that this journey was not just about me and my classroom. I’ve become a voice for all teachers in classrooms across America. The emails I’ve received from teachers have become part of my message. It is my mission to raise money to help teachers have the supplies they need while also raising awareness to the huge need for change in education. Teachers deserve fair and equal pay!

If ever there was an issue that should unite us as a nation, it is the education of our children. An educated nation is a better nation. The lack of funding for public education is failing out students. ”I’ve started a foundation called "Begging for Education" and I plan to continue speaking out, raising money and making as much positive change as possible to improve public education. I encourage everyone to join my Facebook page Begging for Education so that they can keep up with our progress.