With 'Janus,' Corporate Interests Launch Another Attack on Workers

Supreme Court agrees to hear case that could take away the freedom of working people to join together in strong unions. 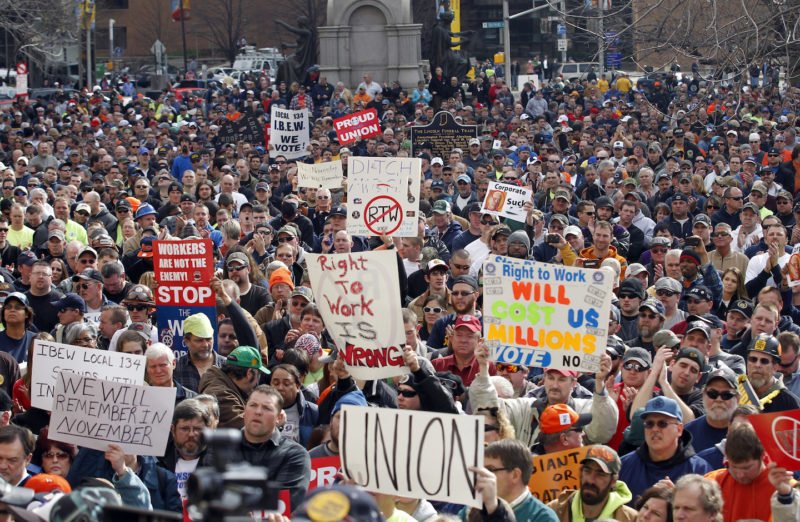 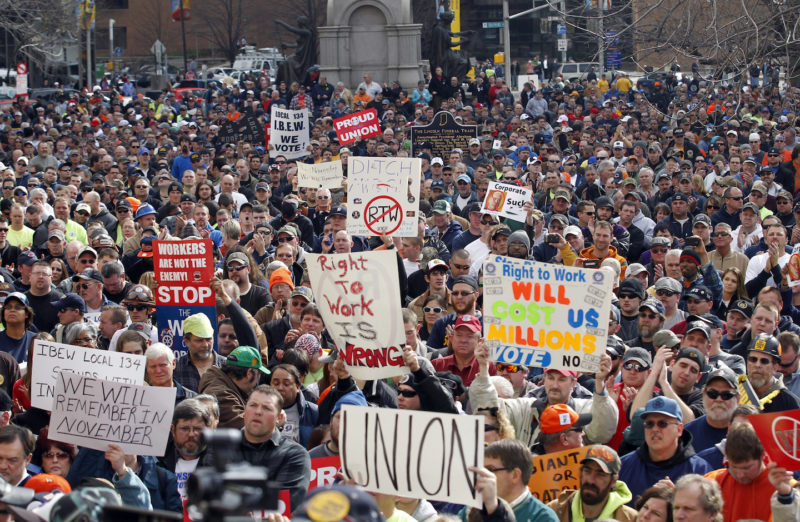 On Thursday, the U.S. Supreme Court announced it would be taking up a case that could impose “right-to-work” on the entire public sector - the culmination of decades of attacks on working people by corporate CEOs, the wealthiest 1% and the politicians that do their bidding to rig the economy in their favor.

Twice in the last three years, the U.S. Supreme Court has been asked – and declined – to answer the fundamental question of whether the fair share fees that support strong public sector collective bargaining are constitutional. In the 2014 Harris v. Quinn case, the Court sidestepped the question and in last year’s Friedrichs v. California Teachers Association (CTA) case, the then eight Justice court deadlocked on the question leaving it unanswered.

Today, the Supreme Court took the Janus v. AFSCME case to answer the question once and for all. Specifically, the Court will decide this term if Abood v. Detroit Board of Education, the 1977 case that established the foundational precedent for fair share fees, should be overruled.

The goal of the corporate interests who are bankrolling Janus is no secret. While the petitioner, like his predecessors in Harris and Friedrichs, argues that the First Amendment prohibits fair share fees, the supporters of these challenges are only concerned with taking out the strong voice for working people and economic opportunity for all that public sector unions provide.

This assault comes at a time when unions are more important than ever. Unions provide a path to the middle class for working people – especially at a time when big corporations and the wealthiest individuals in the nation are rigging the economic rules in their favor, knocking American families and the entire U.S. economy off-balance. When union membership is high, entire communities enjoy wages that represent a fair return on their work and greater social and economic mobility.

And Americans know it. New Gallup research shows that more than 3 in 5 Americans have a favorable view of unions - the highest level in nearly 15 years. Support is even stronger among young people.

“For decades corporate CEO’s and the wealthy have fought to enrich themselves at the expense of the rights and pocket books of working people, and that harms families in communities across the country," said National Education President Lily Eskelsen García. "As the nation’s largest union, this fight not only hurts our members, but also the families of the children we educate."

The Agenda Behind the Case 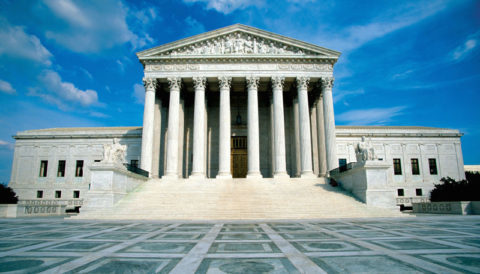 In 2018, the Supreme Court will decide if 'Abood v. Detroit Board of Education,' the 1977 case that established the foundational precedent for fair share fees, should be overruled.

The Janus case challenges a public sector union’s ability to collect “fair share” or “agency” fees from employees - reduced amounts charged to workers who opt out of union membership, yet continue to receive the union representation and bargaining services that benefit all employees and which unions are required to provide.

A ruling by the Court to strike down fair share fees would strip bargaining power from workers across the country, undermining the ability of people to come together in strong unions to win better wages, benefits, protections and standards for working families. In effect, the entire public sector becomes “right-to-work” in one fell swoop.

“This case is yet another example of corporate interests using their power and influence to launch a political attack on working people and rig the rules of the economy in their own favor," said Lee Saunders, president of AFSCME. "When working people are able to join strong unions, they have the strength in numbers they need to fight for the freedoms they deserve."

Janus is funded by the National Right to Work Foundation and the Liberty Justice Center, the litigation wing of the Illinois Policy Institute. Both groups are part of a network funded by billionaires and corporate CEOs who do not believe that working people deserve the same freedoms they have: to negotiate a fair return on their work.

The blatant political agenda behind these legal challenges was recently scrutinized by The Guardian in an article that highlighted how a right-wing campaign was executing a plan to strike a "mortal blow" and “defund and defang" the nations' unions:

"The new assault is being spearheaded by the State Policy Network (SPN), an alliance of 66 state-based think tanks, or “ideas factories” as it calls them, with a combined annual budget of $80m. As suggested by its slogan – “State solutions. National impact” – the group outlines an aim to construct a rightwing hegemony throughout the US, working from the bottom up. ...To do that, it first has to sweep aside public sector unions."

Critical to these groups' efforts is concealing their anti-worker agenda with euphemisms like "rights" and "freedom," says Jim Miller, a professor of labor studies at San Diego City College. "When you hear talk about from them about the 'rights of the individual,' think about the enshrinement of the 1% to a position of unparalleled political power into the unforeseen future," Miller recently wrote.

“More and more, the economy is working against working people, including the families whose children I teach", says Sonya Shpilyuk, a high school English teacher in Montgomery County, MD.  "My union gives me a voice and a seat at the table to advocate for my students, my colleagues, and my community."

The Supreme Court is expected to hear arguments in Janus v. AFSCME in January 2018 and decision will be issued in May or June.