Keeping the 'Fear Factor' Out of Teacher-Student Texting

Boundaries and guidelines are crucial, but is teacher-student texting too valuable to ban or over-regulate? 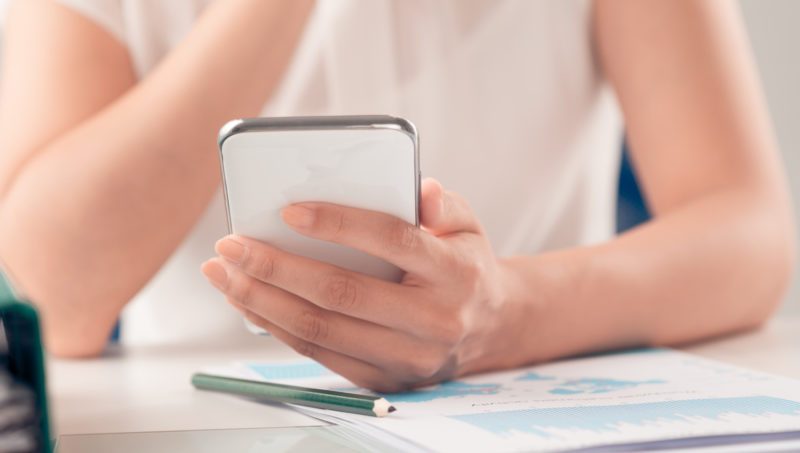 Even as many educators grow increasingly comfortable with the idea of cellphones as learning tools – including regulated uses of social media - for many teachers, texting with students presents a slippery slope not worth stepping onto.

The fears are not unfounded. The potential for misunderstanding and blurred lines of privacy always linger.  In those districts that strictly forbid teacher-student texting, the issue isn't even open for discussion  Some states have attempted to take the ban further by outlawing any online communication between teachers and students, including on more public venues such as Facebook or Twitter.

Missouri passed such a law in 2011 but it was soon repealed after educators and others denounced it as an overreaction. In 2015, an Indiana lawmaker introduced a similar bill but the measure was soon withdrawn in the face of widespread opposition.

There's an obvious need to tread carefully and establish parameters around any policies permitting texting between educators and their students. But many experts believe schools that ban the practice - by preventing teachers from taking advantage of a potentially valuable tool of communication -  are actually ill-serving students.

Liz Kolb, a professor of educational technologies at the University of Michigan, believes much can be lost by dismissing texting. Kolb says the “fear factor” around teacher-student texting is real but shouldn’t dictate the parameters around online communication. "Common sense and personal judgment should," Kolb says.

“The benefits to communicating via cell phones with students include bridging school learning with everyday experiences, connecting with students over breaks and on snow days, communicating to check for misunderstanding and to extend lessons, personalizing learning, and modeling positive digital citizenship skills to students,” Kolb explains.

Ultimately, however, whether or not to do so remains a "personal decision for each teacher," she adds.

To Brian McAndrew, a business teacher in Urbana, Illinois, the question of whether to give his cell number to his students was an easy call.

“That’s just not somewhere I’m willing to go. There has to be boundaries between teachers and students,” says McAndrew. He was still interested in fostering some form of online communication with his students.

"Students are so connected to their phones and it's their primary tool of communication. So we have to find some way to use it to communicate, obviously with boundaries," says McAndrew. A while back, he considered communicating with his students via Twitter but quickly dismissed it.

McAndrew found the right medium with the increasingly popular Remind app, which many districts see as an acceptable alternative. Educators can blast out assignments, helpful study aids or reminders about an upcoming test, and copy parents on each and every message. Because Remind runs through a third party service, no cell phone numbers are necessary.

In addition to Remind, GroupMe or Cel.ly also create alerts for the class. Educators can also sign up for a phone number through Google Voice so that students and parents do not have the teacher's direct cell phone number.

"For some teachers this may mean not allowing phone calls or class texts after a certain time on weekdays and/or weekends," she explains. "Some teachers schedule a weekly text alert at 4:00 p.m. on Friday to remind parents and students that they will not be in communication again for work until Monday at 8:00 a.m."

Mica Pollock, a professor of education at the University of California, believes over-regulation of teacher-student texting could impair a school's ability to support at-risk youth. These students' academic success depends in part on strong bonds of communication with their teachers. A low-cost technology like texting, according to Pollock, is a "rapid, personalized tool for youth support" that can help create and sustain those ties.

A few years ago, Pollock and Uche Amaechi, a doctoral student at Harvard University, followed two teachers and 40 at-risk students at a Massachusetts school as they texted regularly, using Google Voice, over the course of an entire school year.  Specific ground-rules were established - namely be respectful of teachers time - but no limitations were placed on actual content.

According to Pollock's and Amaechi's report, both students and teachers noted that "texting allowed students and teachers to support each other as well as 'bond,' in ways crucial for solidifying students' commitment to both teachers and school. Students made it clear that the more they felt teachers cared about them and their success, the more they wanted to succeed in school - and that texting helped solidify this confidence."

Many of the teachers at the school chose not to participate in the texting pilot, due mostly to typical concerns over boundaries. Teacher anxiety remains a big obstacle, but Amaechi believes it can be addressed by clarifying goals, a discussion that involves all stakeholders. And, again, using a transparent medium is key.

"We did it through Google Voice," Amaechi says. "There are numerous platforms that could be used that are accessible by third parties. The challenge is to use a platform that doesn't feel cumbersome to students or teachers."

Ensuring student safety should always be a top priority, adds Pollock, and having all exchanges documented in a running record actually protects teachers as well as students.

It may take some planning to create the boundaries and establish specific goals, but the rewards for students, particularly those who need extra help, could be significant.

Teacher-student communication is always something to consider carefully, whether it’s 1-1 or 1-30, in person or via text message," says Pollock.  "But I think we need to make it more routine, not rare, to invite dialogue with students, regardless of channel."