School bullying inflicts wounds that may surpass the trauma caused by childhood abuse and exposure to neighborhood violence.
By: Tim Walker
Share 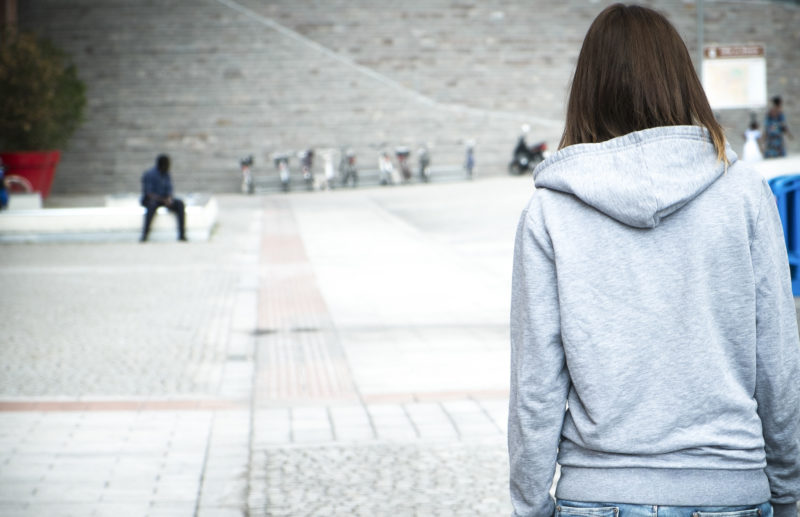 While the school bullying problem in the United States has been at the forefront of national debate - thanks in large part to the first ever White House Conference on Bullying Prevention in 2011 - the long-lasting emotional and psychological scars carried by victims are only just being understood. The impact doesn't go away when a student receives a high school diploma, says Dr. Dorothy Espelage, professor of psychology at the University of Florida and an expert on adolescent bullying. Espelage recently conducted a study of 480 students at four college campuses and found that being bullied in school was a stonger predictor of anxiety, depression and post-traumatic stress disorder than other childhood traumas, including abuse and neglect. Espelage recently spoke with NEA Today about the long-term impact of bullying, what's going right and wrong with school anti-bullying programs, and how a certain 2016 presidential nominee is throwing a wrench in the effort to create safer schools for all students.

Your recent work has focused on how being victimized in K-12 has affected college students. So much research has focused on younger students. Is there more attention now on the long-term impact of school bullying?

Dorothy Espelage: Yes, because there's been very little out there. We've assumed for the longest time that once these kids get their high school diplomas, they're able to adjust and move on from what they experienced in high school or middle school. But it doesn't stop there. Developmentally, we need to recognize that the college years are still really adolescence, right?  We want to say that a college freshman is an "emerging adult," but that's kind of pushing it.

So we launched a study at four campuses, looking at college students across the board - not just freshman - and had them retrospectively report on multiple forms of victimization - bullying, but also childhood abuse and exposure to neighborhood violence. Even when you controlled for these other traumas, bullying emerged as the strongest predictor of these students' current levels of anxiety and depression.

Did that surprise you?

DE: It was very surprising, to be honest. When you control for all kinds of childhood victimizations, you would think that childhood bullying may not show up. The fact that it surpassed these other experiences - especially for female students - was very interesting. 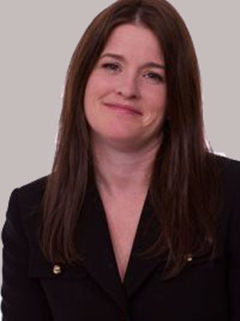 I think our study has gotten attention because there's been a greater focus recently on the behaviors on college campuses, especially in regards to sexual assault. There's also a recognition that many of these behaviors that we see in high school not only continue in college, but that the transition from high school to college is a critical adjustment time. If you're victimized in high school, you may decide not to go to college, because you're depressed and have PTSD. Or you go to college and think that it's time to recreate yourself, have a positive approach. But there's still a lot of pressure. It could be overwhelming if you've dealt with victimization and social rejection in school. So the fact that bullying's effects are still showing up and being related to concurrent psychological symptoms is pretty powerful to me.

Especially when you remind yourself that not long ago, school bullying was widely considered to be some sort of rite of passage, or at least not taken too seriously.

DE: Absolutely. I started studying bullying in 1993 and it took five years to get anything published. I heard a lot of, you know, "What's this about? Bullying is just part of growing up!" Over time, we had to demonstrate that bullying was associated with adverse outcomes and show that over and over again. Now that we have these high suicide rates, we've been paying more attention to it finally. And now it appears that when you pack up your car for college, that history goes with you and have a significant impact on the way you adjust.

And other studies have been done that show the long-term impact of bullying can be tracked well into adulthood. If you've had any type of repeated victimization in school, it appears you have real psychological challenges three decades later.

There's been some conflicting data about whether school bullying has gone down in recent years, or at least according to how the media is reporting it. So what do we know and don't know about the prevalence of school bullying today?

DE: A few years ago, the National Center for Education Statistics issued a press release that suggested that bullying was way down and the press ran with it. Unfortunately, they didn't read the full report. The reality is that bullying is down - but only at certain types of schools. In high-resource schools where there are already prevention efforts in place and have bullying policies that are adhered to, we've seen reductions. But that has not been the case at schools that are more chaotic, where there is a presence of violence or gangs, etc.

Last year, Mark Hatzenbuehler analyzed bullying policies at the state level - characteristics and components of bullying legislation  - and mapped it onto self-report data and found If you have certain components in your policy, kids report less victimization. So if you have legislation that has certain components that can be enumerated and called out certain populations and you were compliant with that legislaation, we've seen some progress. Overall, it's a complicated picture.

A takeaway from your study on college students is the need for college counseling centers to bolster their understanding of the long-term effects of school bullying. But anti-bullying initiatives in K-12 schools tend to be hit or miss as well, right? Is the complexity of the problem - and the effort it takes to address it - fully understood?

DE: I don't think so. I’ve just been reading depositions in a teen suicide case in a school district that held one-off assemblies about bullying. Well, we do know from the research that administrators who simply putting kids in an assembly at the beginning of the year, point their finger and give them their best definition of bullying is not effective.

Many of these social campaigns or raising awareness campaigns are fine, but they need to be seen as a launching point of a long-term prevention plan. This is a very compex phenonomeon and we tend to take simple approaches.

There's a lot of good work being done on social and emotional learning and we have moved the needle on bullying and sexual harassment and homophobic name-calling - when the school has implemented the program as intended. That's the big elephant in the room, right? We develop these programs and we label them “evidence-based” and “research-informed." Then there's this assumption that administrators and teachers are implementing with fidelity, when in fact they're not. The typical thing is for a social worker to go in and if there's  a curriculum with 15 lessons, they pick four. Because that's the only time they have. At that point they've deviated from the science and it's no longer the program that was developed.

We've assumed for the longest time that once these kids get their high school diplomas, they're able to adjust and move on from what they experienced in high school or middle school. But it doesn't stop there"

It has to be long-term. It has to be constantly evolving because the kids change, teachers change, everything changes. There's this idea that you just have a checklist. "Ok, so we've had an assembly, we've told the kids, parents have signed the handbook, and teachers have been to the training." There needs to be a discussion about a larger school climate improvement process, and they need to constantly reevaluate what the school is doing.

Something that we've been hearing about lately - NEA is certainly talking about it - is the so-called "Donald Trump Effect." According to a survey by the Southern Poverty Law Center, educators are reporting heightened levels of bullying and intimidation of students of color, blaming it on the anti-immigrant, anti-Muslim rhetoric coming out of the Trump campaign. The survey was unscientific, but do we really need mounds of data to conclude that this type of rhetoric filters down into the classroom?

DE: Here's what we do know: The research saying that attitudes of the adults in the school building and in the community have a big impact on the kids' behavior is very, very consistent. For example, if a teacher is dismisisve of sexual harassment and homophobic name-calling, kids actually call each other "fag" and gay" more.

So, from my perspective, from being in the schools and talking to teachers, we don't need harcore data when the rhetoric from a candidate on the television is telling an immigrant kid or student with undocumented parents that they could be deported or we going to "build a wall." We just know that the social-political nature of things dictate how things play out in our schools. Kids look to the adults as role models. Its just very, very obvious. Parents are having these conversations with their kids. Teacher are talking about it. Principals are talking about it. This is happening. It may not be anything that you or I have to deal with, but the pain and anxiety for these kids is real.

Take Action: Research by GLSEN shows that our most vulnerable students can name at least one supportive educator in their school. That's important, but to change school culture, it's not nearly enough. Find out what you can do.