Ruling is a win for our educators, our schools and our students, says NEA President. "Now we must return to working on real solutions." 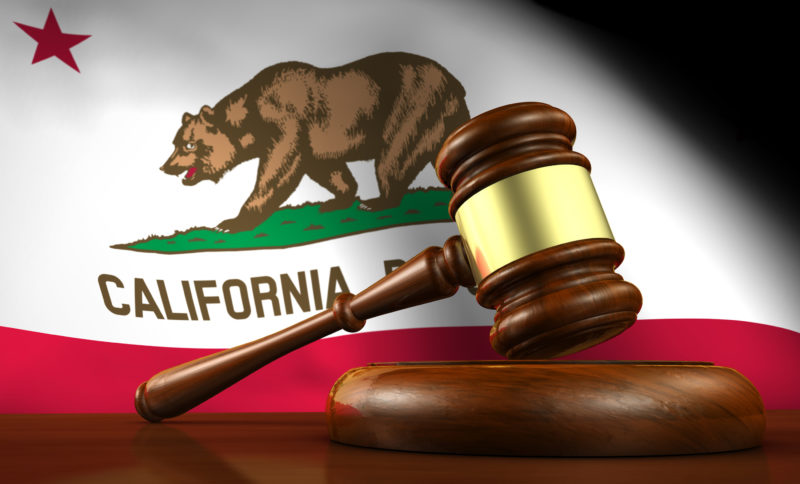 On Thursday, the California Court of Appeal, in a unanimous decision, overturned the deeply-flawed lower court ruling in Vergara v. State of California issued in 2014, which held that laws governing so-called teacher "tenure" were unconstitutional.

“Today was a win for our educators, our schools and most importantly, our students," NEA President Lily Eskelsen García said responding to the ruling. "Now we must return to working on real solutions to ensure all of our students succeed. Only when teachers, school boards, and administrators work together can we ensure that there is a great public school for every student."

While the decision was good news for educators, said California Teachers Association President Eric C. Heins, it was a huge win for students.

“Today’s ruling reversing Judge Rolf Treu’s decision overwhelmingly underscores that the laws under attack have been good for public education and for kids," said Heins. "Stripping teachers of their ability to stand up for their students and robbing school districts of the tools they need to make sound employment decisions was a wrong-headed scheme developed by people with no education expertise and the appellate court justices saw that.”

In February, the attorneys representing 400,000 California educators appeared before the panel in the California Court of Appeal to urge the justices to overturn Judge True's meritless decision. They argued that the foundation of his ruling - that due process protections were deterrents to good teachers being hired in high poverty schools — was clearly unsupported by the facts. Emerging from the courthouse confident that the appeal would be successful,  attorney Michael Rubin told reporters afterward that “there is no evidence—zero—that these statutes are the cause of any constitutional violation.”

The appeals court agreed.  "Plaintiffs failed to establish that the challenged statutes violate equal protection,"  Justice Roger Boren wrote, "primarily because they did not show that the statutes inevitably cause a certain group of students to receive an education inferior to the education received by other students."

Vergara v. State of California was filed in May 2012 by a group called Students Matter on behalf of nine California students. But the lawsuit never had anything to do with what is best for students. It was manufactured by a David Welch, a Silicon Valley millionaire and founder of Students Matter, to silence the voices of educators by stripping their due process to make it easier to push a corporate education "reform" agenda.

Although the plaintiffs have already announced they will appeal, review by the California Supreme Court of today's unanimous and decisive ruling is unlikely. Still, challenges to due process are not going away. On the same day the Vergara decision was handed down, a lawsuit was filed in Minnesota which, like Vergara, is sponsored by a well-funded reform group and also argues that the state's due process laws violate the state’s constitutional guarantee to a “thorough and efficient” education.

Educators across the country know that these lawsuits do absolutely nothing to help students and take much-needed attention away from the real work of ensuring that every student has a great teacher.

“Striking down teachers’ due process rights will not help our most at-risk students," said Eskelsen García. "High-poverty districts do not suffer from too few teachers being removed; they suffer from too much teacher turnover. Every student deserves a highly effective teacher in his or her classroom and we must do what we can to attract and retain the best."

And in North Carolina...

One day after the California Court of Appeal reversed the Vergara decision, the North Carolina Supreme Court, in another unanimous decision, ruled that a state law to end the due process rights of teachers was unconstitutional.

The seven-judge court upheld a 2014 ruling by the earlier Superior and Appellate Court ruling that said the law violated the constitutional protection of contracts. Passed by the General Assembly in 2013 and championed by Gov. Pat McCrory, the law would have phased out “career status” and replaced it in 2018 with contracts running as long as four years. Six classroom teachers, supported by the North Carolina Association of Educators (NCAE) and NEA, filed suit against the law in December 2013.

Career status gives teachers the right to know why they are being disciplined or fired, and the right to a hearing, but does not shield them from being dismissed. Career status, says NCAE President Rodney Ellis, is “an important tool to recruit and retain quality educators, just like fair compensation and working and learning conditions that lead to student success.”