Retaining a student should not be determined by a single test score. Better ways exist to help give them the support they need.
By: Brenda Álvarez
Share 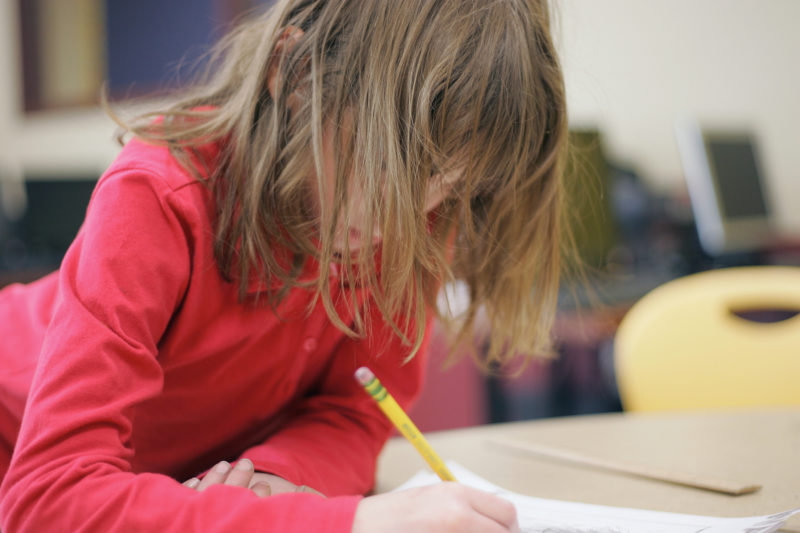 Any teacher could tell you that a good education inspires students’ natural curiosity, imagination, and desire to learn, and no bubble test can truly capture any one of these traits. Yet—and despite what many educators already know—more and more states are adopting laws that require students to repeat the third grade if they don’t score at or above the proficient level.

According to the Education Commission of the States, 16 states plus Washington, D.C. have laws that require retention for students not reading at a certain level by the end of third grade. Unless exceptions are made, students most likely to suffer from these laws are students of color, students living in poverty, English language learners, and students with special needs.

Eight other states (Alaska, Colorado, Maine, Maryland, New Jersey, New Mexico, Oklahoma and West Virginia) allow for retention, but does not mandate it.

Proponents of the law say students who don’t pass a reading proficiency test are more likely to struggle through school. Mississippi’s governor, Phil Bryant, for example, championed a third grade literacy retention law in 2013. The law was modeled after a similar law from Florida. Both laws have been promoted as a way to help students overcome literacy challenges early.

In a 2014 report, called “Opportunity Mississippi,” the governor wrote, “My ‘Third Grade Gate’ literacy measure … will improve literacy achievement by ending social promotion of third grade students who are not reading on grade level … As this policy is fully implemented, we will gain a better understanding of how many children are struggling with literacy, and we will in turn be able to prove the need for additional resources.”

Retaining a student should always be the last resort and should not be determined by a single test score. Other factors such as a students’ progress made during the school year, input from teachers and parents and the availability of student supports must be taken into account" - Shyrelle Eubanks, National Education Association

The retention law hits close to home for Bryant, who, according to news reports, was held back in the third grade. “Repeating the third grade was the best thing that could have happened to me,” he told The Clarion-Ledger, Jackson’s daily newspaper, in 2015.

But many parents and educators are frustrated with the law.

In 2015, Ztearreyo Amos’s nine-year-old daughter couldn’t make sense of the literacy test. “She told me, if she was studying and doing good work during the school year, then she shouldn’t have to pass a test to go the next grade level,” Amos told the Hechinger Report, an organization that covers U.S. education.

Other parents think better ways exist to give students the support they need. Brandie Correro, a parent from Mississippi’s Desoto County Public Schools, told WREG in 2015, “I just don't think that standardized testing is necessarily the answer, because of the anxiety that's caused in these children. Third graders are eight years old," adding that a standardized test is not the best tool to measure of a student’s ability.

Shyrelle Eubanks, a former teacher in Maryland and now a senior policy analyst for the National Education Association, agrees.

“Retaining a student should always be the last resort and should not be determined by a single test score,” she says. “Other factors such as a students’ progress made during the school year, input from teachers and parents and the availability of student supports must be taken into account.  Retention alone does not ensure that students will read proficiently after completing the third grade a second time.”

NEA has long opposed the heavy emphasis placed on standardized bubble tests. Instead, the Association has advocated for multiple measures that include authentic assessments linked to the standards, curricula, and the materials educators use. Programs that meet the needs of the whole child are also recommended. This means, schools should be equipped to provide nonacademic services to help address a student’s physical, social, and emotional health and well-being. Equity, adequacy, and sustainability in resources and quality among public schools and districts are other major elements to student success.

With a better system in place, educators can help reduce the need for punitive retention policies.