For Many Educators, Crowdfunding for Basic Resources is a "Way of Life"

In high-poverty schools, "warmth, care, and hunger" is the fastest-growing funding request category on the DonorsChoose website. 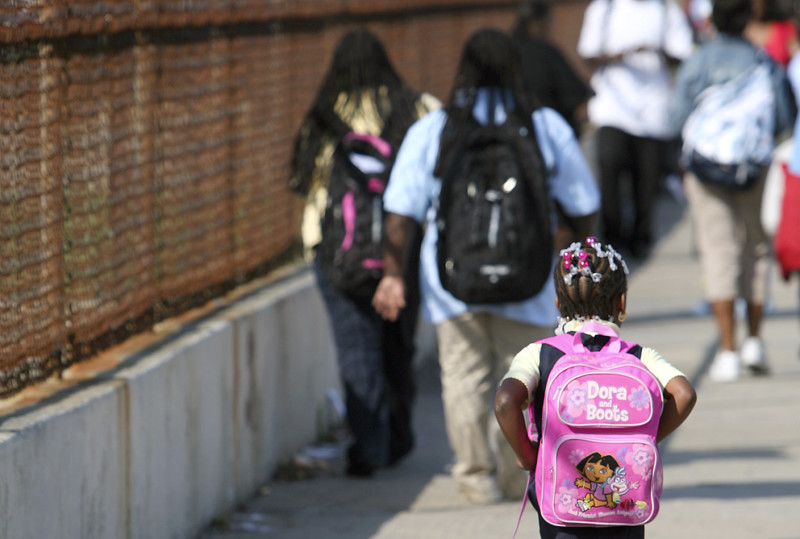 We all know about the lengths educators go to make sure their classrooms are stocked with school supplies for their students. They will not hesitate to spend their own money - to the tune of at least $459 every year and not likely to be reimbursed  - to purchase everything from pencils, extra notebooks, rulers, even software programs.

But these efforts don't stop there. Paying for school supplies or classroom projects can be too expensive to pay for out-of-pocket. Which is why more educators over the past decade turned to crowdfunding, namely DonorsChoose, which connects potential donors to classrooms in need. After teachers post funding requests on DonorsChoose, individual donors review the site's thousands of proposals and select a project to fund.

Grantmakers for Education (GFE), a large network of education grantmakers, recently analyzed the DonorsChoose database of requests to answer these and other questions. "This massive database provides an unprecedented window into teachers' perceptions of the needs of schools, and how those have changed over the last decade," said GFE executive director Celine Coggins.

What GCE found was that the data - what was requested, what was approved, and who benefitted - shines yet another light on the deeply-entrenched inequities across the public education system.

"Teachers have given us a new lens on how equity gaps in our schools play out," said Coggins.

How so?  According to the data, the higher the poverty level of the school, the more likely teachers are to make a request for resources. No surprise there. Requests from lower poverty schools, however, are more likely to be approved for funding.

"For teachers in high-poverty schools, crowdfunding for the basic resources students need is becoming a way of life," the report concludes.

The types of requests of high-poverty and low-poverty schools look very different. Educators in low-poverty schools, for example, are more likely to request resources related to economics and foreign languages. On the other hand, as the needs of the whole child has gained more attention in recent years, educators in high poverty schools have been shifting their focus to nonacademic resources. Subcategories such as "warmth, care and hunger" (annual growth rate of 187% since 2016, the first this category was tracked) and "health and wellness" have seen huge increases in recent years.

Wealthier schools crowding out some requests from high-poverty schools would be another sign of "opportunity hoarding" - the ability of affluent parents to leverage community resources to benefit their children, potentially at the expense of students in more disadvantaged settings.

Furthermore, as the GFE report says,  "if government funding is inadequate but affluent families negate the problem in their districts, an important constituency in the fight to solve the problem at the system level is lost. Students and families in poverty are then further disadvantaged."

It's a dilemma Anna Noble, a classroom teacher in Denver for more than 20 years, wrote about in ChalkBeat in December. Noble praised the efforts of the parents at her school for raising so much money for students, but soon came to realize that less affluent schools were in many ways paying the price.

"The majority of the $425 million raised annually by parent groups goes to less than 10% of our nation’s public school children," Noble writes. "This means that parent donations often exacerbate inequities in public schools that are already funded in large measure by localized wealth via property taxes....So as wealthy parents are publicly praised for bridging the gap for their own kids, we must always ask, “Who will be responsible for the other kids?”