Saul Ramos was honored as one of the 2017 Recognizing Inspiring School Employees (RISE). 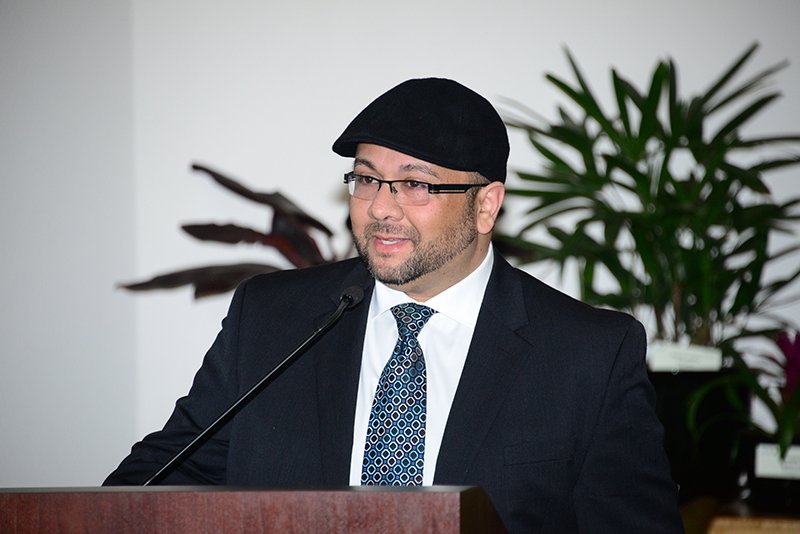 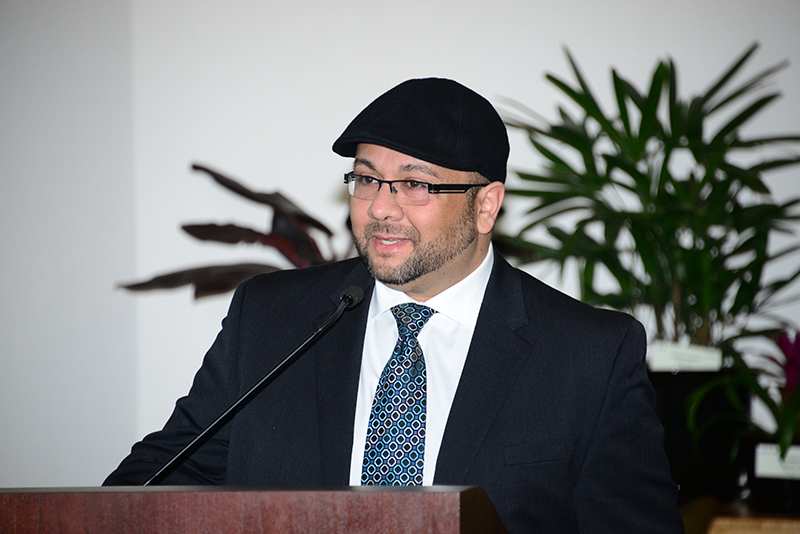 For Saul Ramos, a Massachusetts paraeducator and NEA’s 2017 Education Support Professional (ESP) of the year, the recognitions just keep coming—and with good reason, too! Ramos was honored as one of the 2017 Recognizing Inspiring School Employees (RISE) Award winners at a ceremony in Washington D.C. at the United States Botanic Garden on May 3.

Ramos, a one-to-one paraeducator and braillist in Worcester Public Schools, is a self-taught braillist and serves at Burncoat High School, where he transcribes school materials and classwork for visually impaired students into print or braille.

He began his career 18 years ago, working with a student who was visually impaired. He decided that the only way he could fully meet the needs of that student was to learn braille so he taught himself to read and write in the braille alphabet. Ramos worked with this student until he graduated from high school.

Along the way, as a paraeducator who is part of a teaching team, he incorporated braille into the general classroom to help more students understand different ways other students learn.

Ramos also is an advocate for English Language Learners and special education students, including those who are visually impaired.

His work extends far beyond his students and classroom. Ramos has worked to make the arts accessible to all students, especially Latino students. To reach Latino students, he wrote a bilingual adaptation of Romeo and Juliet for a summer theater group in New England, and started a non-profit Latino arts group. He has worked with libraries, and has helped organize collections of food, clothing and toys for students and families in his community.

Ramos has been an active member of his local union, too, and now serves as first vice president of the Educational Association of Worcester.

“When I first walked into a classroom 18 years ago, never in my wildest dreams did I think I would be recognized for the work I am so passionate about,” Ramos said in a press statement.

NEA’s Vice President Becky Pringle presented Ramos with the RISE award during the ceremony. In her remarks, she said, “Saul is on a mission to change his students’ lives. He truly believes that the one tool that can remove barriers to achievement, eliminate limits on ambition, and lift the ceilings of potential and promise for families and communities, is education.”

The Massachusetts’s paraeducator personally knows the power of education. His father died when he was 11, and was subsequently raised by his mother and two aunts. “I was a shy young man back then, and I never knew what to do,” says Ramos. “Luckily, I had the support of my family, and the support of my educators. [They] helped me become better.”

Ramos has received many honors throughout his years of service, including a recognition for being a Most Valuable Educator at a Boston Red Sox game at Fenway Park. Most recently, he was inducted into the National Teacher Hall of Fame—the first ESP ever to receive this honor. While in Washington, Ramos visited with Massachusetts Congressman James P. McGovern, who praised him on the House Floor. The congressman’s remarks are now a part of the Congressional Record, the official record of the proceedings and debates of the United States Congress.

“Saul is an outstanding example of an education support professional who works tirelessly to make great public schools for every student,” says Pringle. “He puts his students first and works to ensure that all of them have what they need to succeed.”

Like most educators, Ramos doesn’t take full credit for his work, and extends the honors and recognitions to his colleagues. “It’s not just about me. It’s about every ESP and every educator who do what they do to make sure they’re students are successful.”