Educators walk us through several pervasive school funding problems — and their solution. 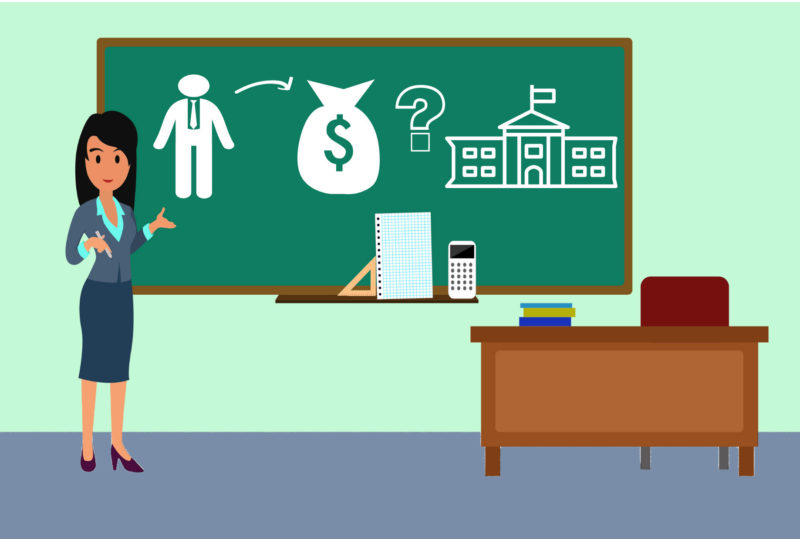 She is quite literally a problem solver, as a math teacher at Northwest Classen High School in Oklahoma City, but also in the figurative sense: It is in her nature to identify problems and find a solution.

“What a shock, entering the teaching profession,” recalls Norfar, who previously worked in publishing. “The lack of resources, technology, and structure was so different from what I had access to in the corporate world. The computer in my classroom was older than me.”

She was thankful to have textbooks and a whiteboard and classes that usually stay under 30—social studies and English classes sometimes exceed 40 students.

But she still faced an array of problems, and she tackled them one by one. She wrote technology grants, organized supply swaps with colleagues, and even used her own money to buy desks as those in her classroom fell apart.

“For so long many local citizens and the press have been able to ignore the crisis of underfunding in our schools, because educators do so much work to make up for what the district isn’t providing,” Norfar says. “But things are changing. Awareness is growing.”

Educators and parents have led the effort to help other citizens see how state lawmakers have neglected school funding to finance outrageous tax giveaways for oil and gas companies that have left the state with a $900 million budget hole.

Fight for Funding and the Oklahoma Education Association have put the pressure on state legislators to begin reversing the damage they did in allowing the deepest cuts to education in the nation since 2008. 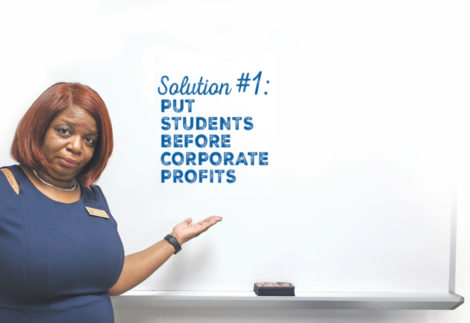 The groups have shined a spotlight on the severity of the teacher shortage. Oklahoma teacher pay is so low, that many teachers have uprooted their families and gone to work in surrounding states.

But she is hopeful that the increased attention on conditions in Oklahoma schools—reflected in local news coverage and a new poll that shows voters believe that insufficient education funding is the biggest problem facing the state—will force lawmakers to take action.

Seventy percent said they support increasing the gross production tax from 2 percent to 7 percent on all oil and gas wells to fund an average $5,000 teacher pay raise.

“This is a problem with a clear solution,” says Norfar, who was recently awarded the Presidential Award for Science and Mathematics Teaching.

“We can’t let our elected officials pretend that they can’t solve it.”

Problem #2: Lawmakers Set Education Budgets Without Knowing How Much it Costs to Educate Kids

As a fourth-grade teacher, Dona Ostenso is responsible for teaching her students “the billions” in their math lessons. As president of Maryland’s Calvert Education Association, she’s taken on the responsibility of educating adults about the billions that the public school system has been shorted.

“People find that number shocking, and they should,” says Ostenso, a veteran educator with 29 years of experience.

The Kirwan Commission is the 25-member board charged with rewriting Maryland’s education funding formula. The Commission was formed after the passage of a 2015 bill, strongly supported by the Maryland State Education Association (MSEA), that required a study on the real costs of educating students.

One reason most states don’t fund schools properly is because they don’t actually know how much it costs to educate students currently in their schools in accordance with state standards, as Professor Bruce Baker, a school funding expert at Rutgers University, points out.

And very few state school finance systems take into account that schools educating kids living in poverty require more resources. “Fifteen years ago—the last time our school funding formula was rewritten—we didn’t have to worry about having Wi-Fi in every classroom,” says Ostenso. “The number of our students living in poverty since then has ballooned. How can an outmoded funding formula account for all of that?”

In September and October 2017, the Kirwan Commission hosted four public hearings around the state. MSEA helped locals organize members to attend and make their case for investing in schools. 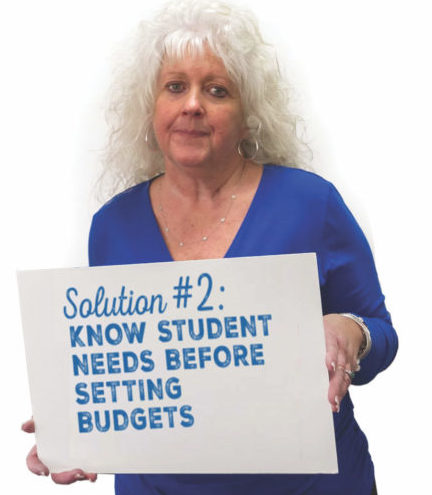 Ostenso took an active role in the campaign, organizing 40 members to travel by bus or drive to the closest Kirwan hearing, in Largo, Md.

“We’re not a huge local, but we really made an impression when we filed in wearing our bright red T-shirts,” says Ostenso.

“Four of our educators had the opportunity to speak, and they talked about caseloads and class sizes, and the fact that French teachers are teaching Spanish,” she says. “All of these concerns lead back to inadequate funding.”

More than 15,000 MSEA members attended building meetings and shared their funding priorities, which MSEA delivered to the Kirwan Commission. At press time, the Commission’s final recommendations were pending. The state legislature will debate and vote on those recommendations during the 2019 legislative session.

Gov. Larry Hogan’s budget proposal for FY 2019 was his fourth in a row that redirects casino gaming revenue—which is supposed to go to increasing education funding—to other parts of the budget. In Hogan’s four years, $1.4 billion of gaming revenue has been similarly redirected.

In response, MSEA launched the Fix the Fund campaign to pass a constitutional amendment that would direct casino gaming money to education, providingan additional $500 million annually for public schools.

“If lawmakers could just be me for a week, they would see quite clearly what we need in the budget,” says Ostenso. “Short of that, they simply need to listen more to educators before they pass education policy and budgets.”

“One of the most obvious problems is that some of our class sizes are way too big now,” says Dahl.

Take her Math Lab. It is intended to give students extra help with their math lessons, and now serves 30. Last year, Dahl had a co-teacher. This year she’s on her own. 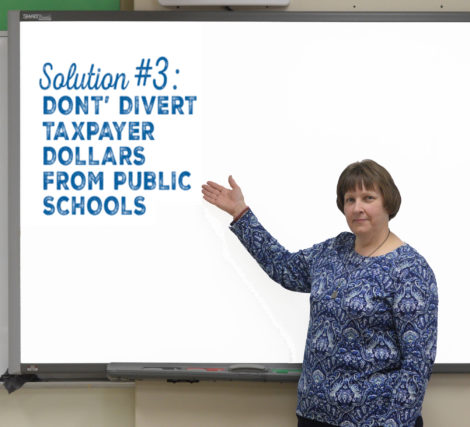 “It reduces the one-on-one interaction that helps you see where students have challenges and correct them. I know I was much more effective back when I was working with fewer than 20 students at a time,” says Dahl, who has 24 years of experience.

It’s a step in the wrong direction, says Dahl, who hopes someday to have a second educator in all classrooms where there are struggling students.

While vouchers were sold to Wisconsin voters as a way for low-income families to leave underperforming public schools, it was soon obvious that vouchers were not going to those students.

A recent report shows that more than 86 percent of the students who received vouchers in the 2016 - 2017 school year were already attending a private school.

The faulty logic used by those who support vouchers, including Wisconsin Gov. Scott Walker, goes like this: Vouchers don’t hurt public schools, because the money simply follows a student that the public school system no longer has to serve.

But the reality is you can’t put a price tag on a student. The public school system can’t realistically lower costs until they have to lay off educators, reduce paraprofessional hours, or allow class sizes to increase.

Another reason that educators like Dahl are fed up with vouchers is that private schools routinely turn away students who are more expensive to educate and are not obligated to provide special education and English language learning services.

“It’s better to keep taxpayer dollars in the public school system so we can appropriately staff the right services and help all of our students,” says Dahl. “There’s no better solution.”

Pledge to vote for leaders who will support public education