With outbreaks in five states, school nurses are on the front lines again. The nurse shortage across the country continues to threaten student heath. 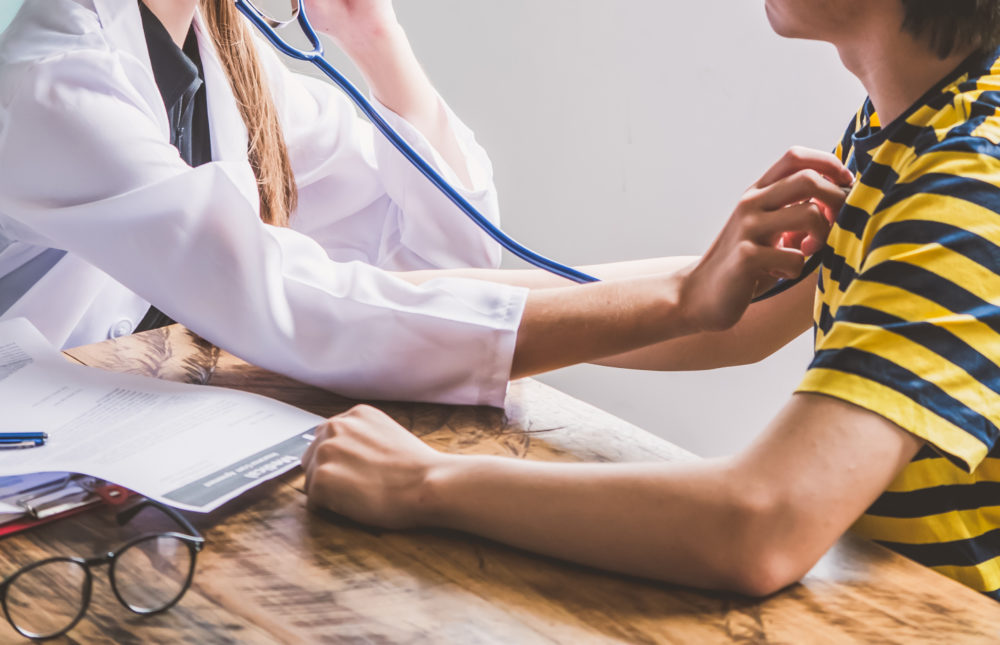 This story was updated on May 15th.

This week, as federal officials tracked the 839th case of measles in the U.S. this year—the highest number since 1994—school nurses in several states hurried to reach the parents of students at risk of infection and keep all students safe.

But everything that has to do with school nurses and vaccines—from fact-based conversations with parents about the science of immunization to the firsthand monitoring of student populations for diseases—has been made difficult by the underfunding of school nurses.

Across the country, about 25 percent of schools don’t have a nurse, and only about 40 percent have a full-time nurse, according to the National Association of School Nurses (NASN). Nurses commonly travel between three or four schools a day or week, juggling caseloads of 1,500 or more students, trying to distribute medications and treatments on time, attempting to triage the most critical cases, while also keeping on top of a mountain of paperwork.

“If you’re not in the school—because you’re covering multiple schools—then you miss lots of opportunities to build trust with parents,” said NASN President-elect Laurie Combe, a school nurse from Texas with more than 25 years’ experience. “If they don’t see you, if you’re simply the person telling them to comply [with immunization laws], then I think you have more resistance.”

Measles has reached 23 states this year with outbreaks (defined as three or more cases) in five states: Washington, California, New York, Michigan and New Jersey, according to the U.S. Centers for Disease Control and Prevention (CDC). The outbreaks are linked to people who traveled abroad to places with measles outbreaks, and then returned to communities in the U.S. where large numbers of parents choose not to vaccinate their children.

For example, in Clark County, Wash., where the CDC reports 73 confirmed cases of measles in the past few months, about one in four kindergartners weren’t immunized in 2018. Across all grades, the number of non-immunized children adds up to about 20,000.

State epidemiologist Scott Lindquist told a local radio station that the outbreak began when a group of kids was exposed to a traveler, and “then what quickly happened is all those kids who were unimmunized went to public places, like Ikea and Costco and the Portland Trailblazers game, and spread it to anyone in the population that was unimmunized.”

Measles is extremely contagious. When an infected person coughs or sneezes, the measles virus can remain infectious, in the air, for up to two hours after the infectious person has left the area.

That’s why New York City officials have ordered people in an ultra-Orthodox Jewish area of Brooklyn to get vaccinated—or risk fines of $1,000 for non-compliance. And, in Rockland County, New York, county officials last month banned unvaccinated children from public places. (The ban has since been lifted by a judge.)

Exemptions on the Rise

In Rockland County, the local health department has been working in collaboration with schools, “which is what we want to see!” says Wendy Hord, in-house expert on school healthy and safety at New York State United Teachers (NYSUT). In recent weeks, NYSUT members in Rockland, who include hospital healthcare professionals, have worked with county officials to administer 18,000 vaccines to Rockland County residents.

Because school nurses are responsible for tracking students’ vaccines and ensuring compliance with state laws, they often need to have these conversations with parents.

In California, the number of medical exemptions has tripled in the past two years, Kaiser Health News found. In some schools in Berkeley and Santa Cruz, more than 30 percent of kindergartners have medical exemptions. These exemptions are intended for students whose health could be harmed by vaccines, such as a child receiving chemotherapy, but Kaiser found that “one prolific exemption provider is a psychiatrist who runs an anti-aging clinic.”

Last month, a California lawmaker proposed that every medical exemption be approved by state officials.

Most medical professionals believe that parents who don’t want to vaccinate their children need better, fact-based information about vaccines—what they do, and how they do it. “No vaccines are without risk, just like most medical treatments,” says Hord. “But you look at the overall record and benefit of the requirement, and there’s a reason for them.”

Because school nurses are responsible for tracking students’ vaccines and ensuring compliance with state laws, they often need to have these conversations with parents.

“My personal experience is that some parents are ready to comply with state regulations. You notify them that the next dose in the series is due, or that their child is ready to begin a new series, such as meningitis, and they go and get it,” says Combe. “Others don’t, and what you recognize in those instances is that it might be a matter of access. So, in order to meet the needs of that portion of the population, you bring the vaccine to them in school-located events… Others do it based on their fear of vaccines. With accurate education about what vaccines really do, they may be willing to be vaccinated.”

How that conversations goes often depends on the relationship between the nurse and parent, which often depends on the level of staffing in a school. “You address any myths that you think they may be operating under, you provide them with fact-based, scientific information about immunization,” says Combe. But, she adds, “They have to know you. They have to really believe that you have their child’s best interest at heart.”

In times of outbreaks, children who aren’t immunized typically are excluded from school. Nurses also will reach out to staff and students who they know have underlying health conditions. These are the people who are most at risk when measles, or another communicable virus, breaks out. “They’re relying on the people around them to get the vaccine, so that they can be safe,” says Hord.

But school nurses also play another role—when they’re actually present on campuses—and it’s in preventing outbreaks. Combe points to the New York City school nurse who noticed unusual symptoms in her students in 2009, and thought “Wow, we have something going on here.” Her alert to health officials uncovered the first swine flu cluster.

“If there’s an unlicensed person monitoring that clinic, while the nurse is visiting three or four other campuses, can that person pick up on disease presentation?” warns Combe. “There are many missed opportunities when a school is not staffed by a nurse every day.”