Meet the 2021 Higher Educator of the Year!

California educator Julius Thomas, a counselor at Rio Hondo College, was selected by his peers as this year's Higher Educator of the Year 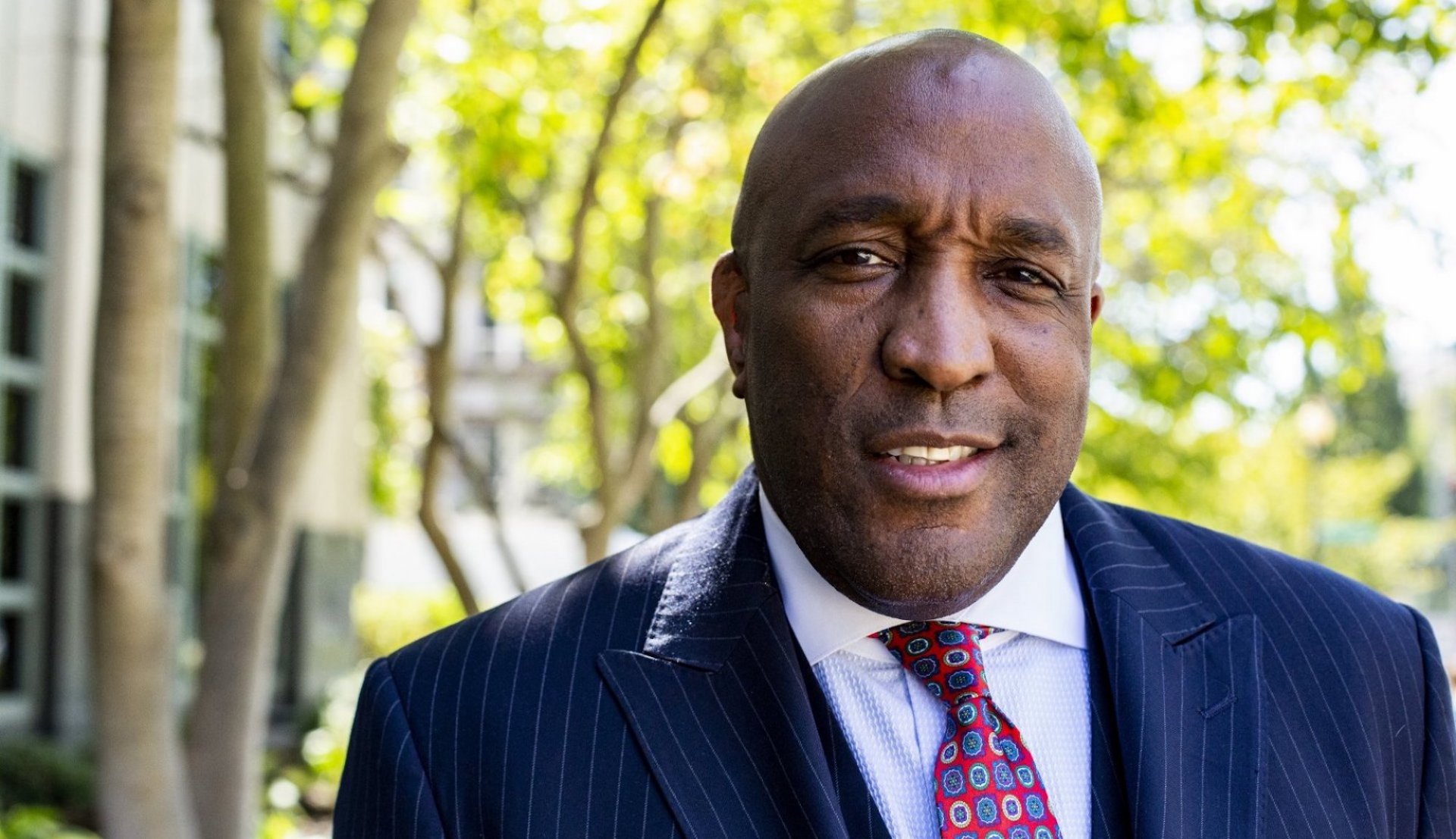 Decades after attending a community college and getting his own start in higher education, California’s Rio Hondo College counselor Julius B. Thomas works to give back to the system that gave so much to him, he said.

“Every day, I work to show every student the same dedication, perseverance, and ambition that I witnessed from educators during my community college experience,” Thomas told NEA Representative Assembly (RA) delegates.

For this dedication, Thomas was selected by NEA’s National Council for Education (NCHE) as the 2021 Higher Educator of the Year, a $10,000 award funded by the NEA Foundation. Thomas, who has served as a member of the NEA Board of Directors and on California’s Community College Association board, where he was a director of the Ethnic, Racial and Minority Identity Committee, also is this year’s winner of NCHE’s James Davenport Memorial Award, which recognizes a member’s service to the union and spirit of collaboration.

“I’m proud to represent my colleagues,” and also grateful to NCHE for establishing the Higher Educator of the Year award in 2018, Thomas said. But, he added, the true rewards of higher education are found in the work of educating students.

With around 2.4 million students across more than 100 campuses, the California Community Colleges is the largest system of higher education in the U.S.

It’s also one of the most diverse: about 45 percent of students are Latino/a/x; 25 percent White; 15 percent Asian; and 6 percent Black. And critically, nearly one out of two students are the first in their families to go to college.

Thomas is proud to be part of a system that welcomes all students—no matter what they look like or who their parents are—and feeds their curiosity, fuels their passions, and then sends them into workplaces or onto four-year universities awith the skills they need to succeed.

“Many of our students have experienced incarceration, foster care and other forms of trauma. Many live in marginalized neighborhoods,” he notes. And yet, despite the proven, negative effects of trauma on students and the obstacles that poverty sets in the paths of students and families, Thomas and his colleagues effectively “prepare our students to live their dreams and reach their goals,” he told RA delegates.

As a Black man, Thomas is rare among educators—in higher education and K12. Only about 3 percent of higher-ed faculty are Black men, according to federal statistics, and only 2 percent of K12 teachers are Black men.

Thomas is devoted to mentoring students who look like him, he told RA delegates. He is also devoted to racial justice.

“With so many racial and social injustices affecting our Black, Brown and Indigenous students, I know that my presence—and the recruitment and retention of other Black male educators—is more important than ever before,” he said. “That is why I never miss an opportunity to talk to my students about whether education may be their calling.”

Thomas recently heard from a former student about the difference he makes in his students’ lives. “When I enrolled at Rio Hondo I was a teen mom still in high school, taking your counseling class. I was excited… but also afraid and lost,” wrote Alex Soto, in an email Thomas shared with the California Educator. “You made me feel confident and helped me believe in myself.”

“I want to have that same impact on other students’ lives,” wrote Soto, who recently graduated with her own California teaching credential. “Sometimes we just need someone to believe in us. I want to be that person [too].”

Julius B. Thomas , 2021 Higher Educator of the Year