Michigan's students need way more financial support. Last week at the polls, educators convinced voters to give it to them.
By: Mary Ellen Flannery
Share 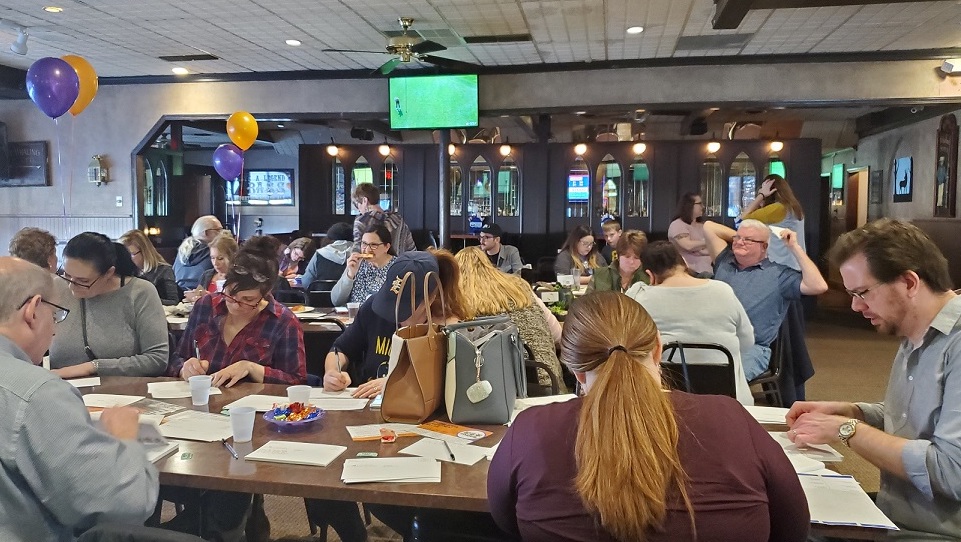 Next year, Macomb County, Mich., schools will have an extra $418 per student, or an estimated $55 million total, thanks to a year’s worth of enthusiastic organizing by local educators who convinced a resounding majority of their neighbors to support a millage rate hike at the polls last week.

“It was desperately needed,” says Kelly Connell, a special-education paraeducator and leader in “Macomb for Kids,” a community-wide campaign to support increased funding for county schools and students.

“I live by the motto that you can’t sit on the sidelines and complain! You have to be willing to be an advocate, to be part of the change that’s needed,” says Connell, who works in the county’s Lakeview school district, one of 21 districts that will get the new money. “Quite honestly, when we talk about education systems, we’re talking about young children and young people who don’t have the means to advocate for themselves. It’s up to us as educators, as parents, to take the reins and say, ‘We need this!’”

Over the past 15 years, funding for Michigan public schools has dropped a whopping 30 percent, according to Michigan State University (MSU) researchers, making for the sharpest decline in the nation. The problem dates to Michigan’s 1994 passage of “Proposal A,” which capped local property taxes in an attempt to close the gap between rich and poor districts. Until then, property taxes made up about 80 percent of school funding. After, the money was supposed to come from the state, mostly through new sales taxes.

It did, at first. But now, the state ranks “dead last” in education revenue growth, researchers found. This means students often don’t have what they need to succeed, especially as their social-emotional needs have grown over the past decades, says Connell. One possible answer is a millage rate hike, which raises money to use for curriculum and classroom materials, as well as attracting and retaining highly qualified staff.

“This is really—first and foremost—an initiative about our children,” said Utica Education Association President Liza Parkinson, in October, when local unions won enough school board support to put the rate hike on the ballot. (Utica is one of the 21 districts.) “[It’ll] positively impact every child in Macomb County for a generation,” promised John Duffy, president of Michigan Education Association Local 1, which represents educators in 14 of the 21 districts.

A millage rate hike basically asks voters to raise their property taxes for 10 years to benefit their local students. “Where I live, it’s an extra $85 a year, on average. In my math, that works out to be a large coffee from Tim Horton’s each week,” says Connell. “When you break it down like that, people go, ‘that’s it?’”

“I didn’t find it challenging in my community, at all,” to convince voters to say yes to better-funded schools, says Connell. “No matter the political point of view that citizens and residents have, whether they’re Republicans, Independents, or Democrats, everybody always wants better schools. They understand the value to their communities.”

But that doesn’t mean that getting to March 10, when county voters approved the measure, wasn’t a lot of work. Educators who belong to local affiliates of the Michigan Education Association worked tirelessly for a year to spread the word.

Recently, Connell hosted an event with dozens of educators, including teachers, school secretaries, and paraeducators, plus parents and high-school students. Together, they hand-wrote 3,000 postcards to their neighbors, sent more than 1,500 personalized text messages, and made hundreds of phone calls.

“Everybody came together and worked really hard,” says Connell—but it was fun, too. “I had a parent who enjoyed the phone-banking so much that she continued to do it for the next two weeks, on her own time!”

To Connell and her colleagues, any time spent on Macomb’s students is well spent. “It takes an hour to send some text messages or write some postcards, but that hour is going to positively impact Macomb students for the next 10 years!” she says.

Are you a local affiliate leader interested in growing our union through the NEA’s Year-Round Organizing campaigns? Contact the GLUE (Growth, Leadership, and Union Engagement Team) at [email protected].