Who is paying for Trump’s border wall? Military families and schools

Some leaders in Congress have expressed outrage that Trump would compromise the well-being of military families to pay for the wall after Congress refused the funding. 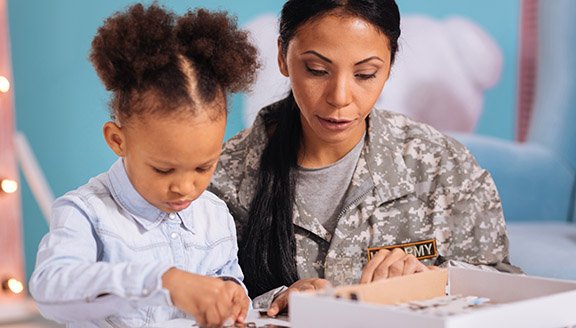 A number of schools and daycares that serve military families in the United States and abroad will be forced to forgo much-needed renovation and expansion to pay for the wall President Trump is determined to build along the U.S.-Mexico border.

The Pentagon released a list this week of more than 127 Defense Department projects canceled due to the reallocation of $3.6 billion to Trump’s wall. Nearly $572 million was slated for school and daycare construction projects on military bases.

Some leaders in Congress have expressed outrage that Trump would compromise the well-being of military families to pay for the wall after Congress refused the funding.

“First, he wanted to build a wall that won’t work (except to cause fear and isolation in immigrant families),” García wrote. “Now he wants to pay for it on the backs of our military families? No. No. No.”

School and child care projects shelved include seven overseas, most in Germany and Japan.

Four U.S. projects now indefinitely on hold include school replacements in Punta Borinquen, Puerto Rico, and at Fort Bragg in North Carolina and Fort Campbell in Kentucky. The Child Development Center at Joint Base Andrews in Maryland—which the President frequents to fly out on Air Force One—will also forgo critical facilities upgrades.

“Military dependents have a lot of stresses and they sacrifice a lot,” said H.T. Nguyen, Executive Director of the Federal Education Association, the NEA affiliate that represents employees of Department of Defense schools worldwide. “These students don’t need more promises of funding to come next year. They need funding for school improvements right now.”

Students and educators at Fort Campbell’s Mahaffey Middle School have been eager to see construction begin on a new school that can accommodate the school’s 552 sixth-, seventh-, and eighth-graders. As reported in the New York Times, Mahaffey teachers operate from mobile carts in shared classrooms, where students have no elbow room and constant distractions.

Students routinely eat lunch in the library because they can’t all fit in the cafeteria.

The renovations to the childcare facility at Andrews are also urgently needed. The Washington Post reports that the building’s many problems include mold that makes several rooms unusable. There are more than 130 children on the waiting list, which means their families must pay for more expensive off-base childcare.

Pres. Trump declared a national emergency at the border in February, which allowed him to reallocate funding without approval from Congress. During budget negotiations, with the threat of a government shutdown looming, Congress agreed to spend only a fraction of the President’s border funding request.