Young educators are joining their union—and many locals are making space for them to lead.
By: Brenda Álvarez
Share 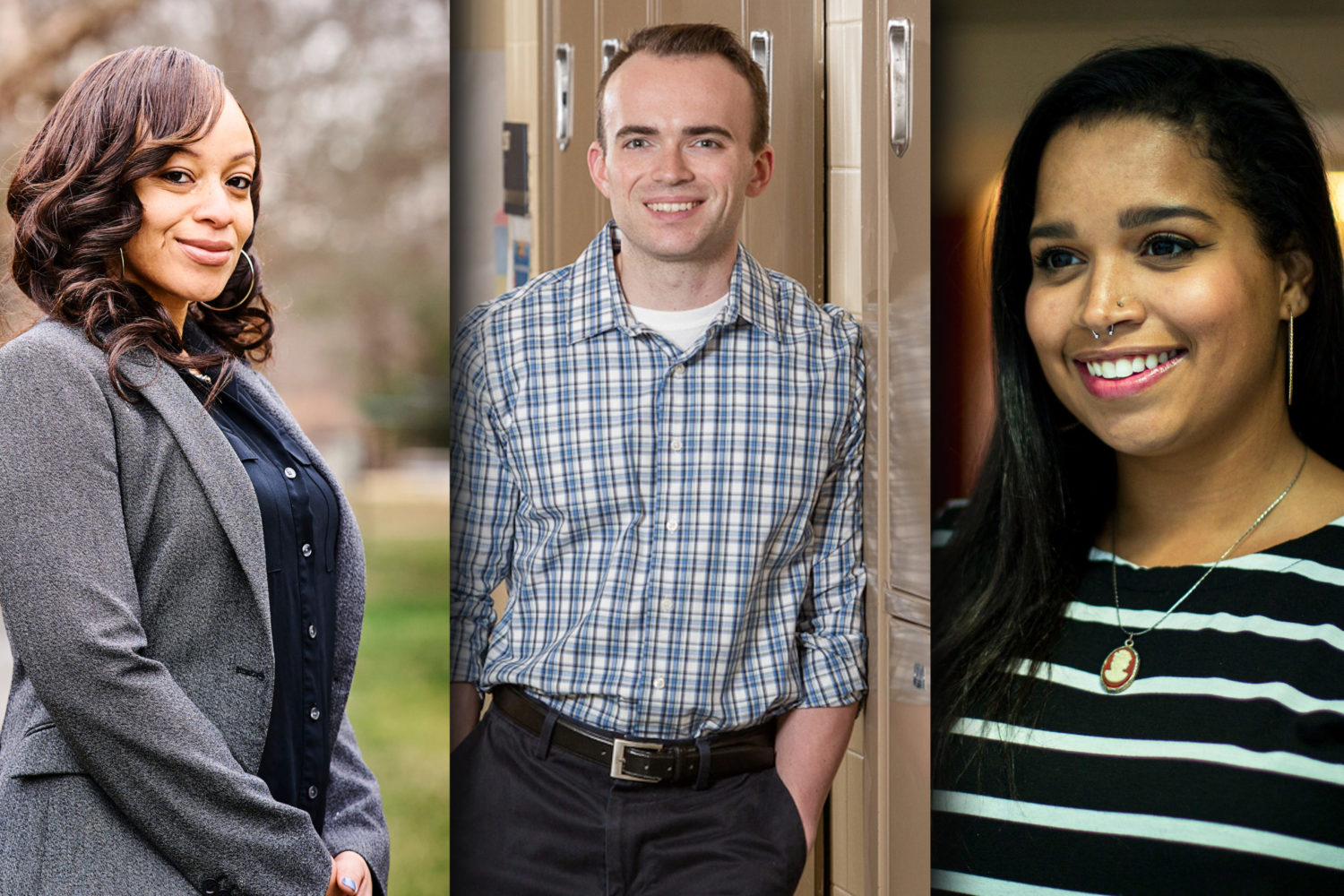 Younger workers are joining unions at a historic rate. A whopping three-quarters of people who joined labor unions in 2017— the most recent year for which data is available—were under the age of 35, according to the U.S. Bureau of Labor Statistics. That’s a significant change. In the past, younger workers have been less likely to join unions than older members, the Economic Policy Institute (EPI) reports.

So what’s causing this seismic shift?

“Millennials [those born between about 1980 and 2000] graduated high school and college in the wake of the Great Recession, and many have experienced high student debt, years of high unemployment, low wages, and expensive healthcare bills,” says Kayla Blado, director of media relations at EPI, president of the Nonprofit Professional Employees Union and author of several articles on millennials and labor. “This has driven many to support and join unions to help realize a higher standard of living.”

“By banding together, millennials can address some of these issues and have real impact on their lives and the lives of others,” Blado says.

Way to Make a Difference

“Our generation is interested in getting involved in something bigger,” says Rachel Immerman, 24, chair of NEA’s Aspiring Educators Program, the professional association for college students preparing to be educators. “We’ve seen a lot of education issues already—we grew up with No Child Left Behind—and the only way we’re going to solve [these problems] is by working in a collective manner.”

Taking on Social and Racial Inequality

For many younger educators, social and racial justice is the “something bigger.” An NEA member survey of nearly 2,000 K–12 teachers nationwide shows that 88 percent of respondents believe educators have a professional obligation to address institutional racism. The survey also found that 67 percent of teachers ages 18 to 29 support addressing institutional racism, as compared with 63 percent between the ages of 40 and 49 and 56 percent are ages 64 and older.

Cameo Kendrick, 28, president of Kentucky’s Aspiring Educator Program and an education major at the University of Kentucky, says NEA has provided opportunities for her to do this kind of work.

“I’ve been given the space to become a better educator, and this has given me the confidence as a leader to use my voice,” explains Kendrick. “Many aspiring educators deeply understand that this union is directly impacting the lives of our future students … and [that’s] why we’re so committed to it.” 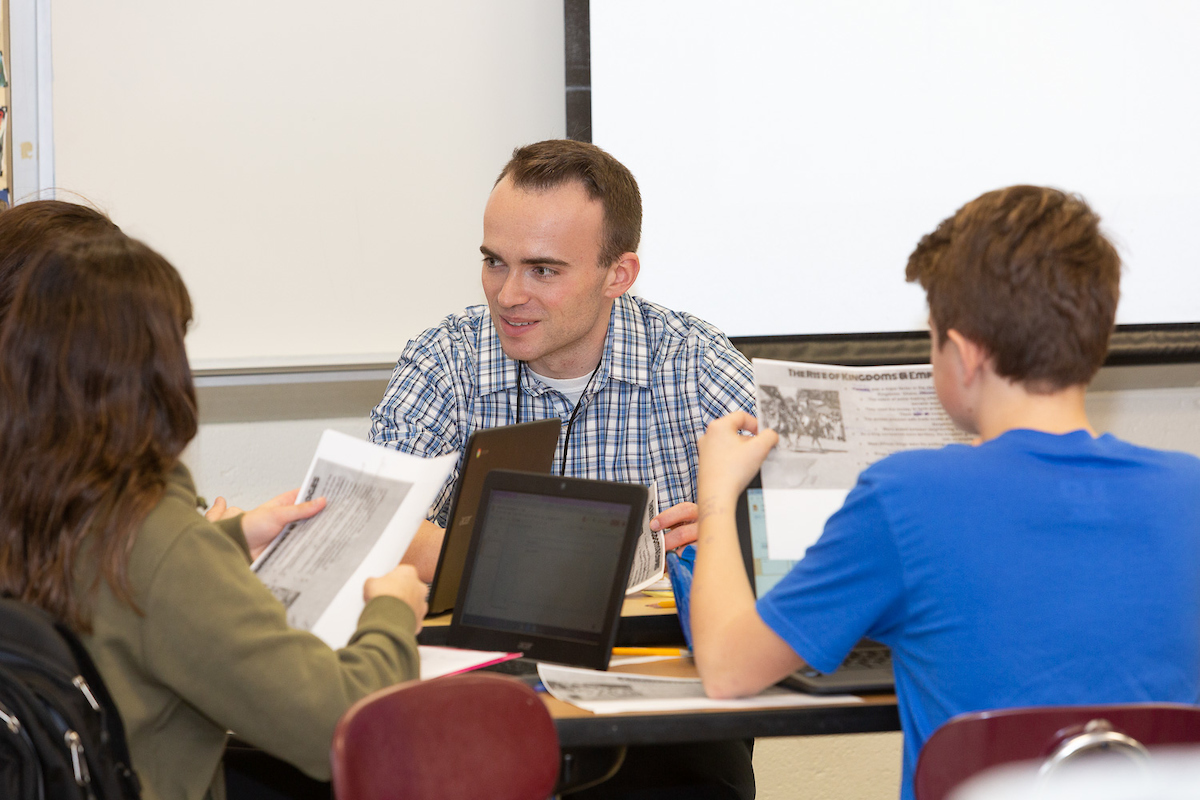 Kendrick is heavily involved in recruiting, retaining, and empowering students of color within her campus chapter. She has also partnered with her local county’s equity office to help create a mentorship program for high school students interested in education.

For educator Johnathan Maxson, 27, fighting for workers’ rights, organizing, and banding together for the common good are top concerns. “It’s not just for the workers, but ultimately for our students,” says Maxson, who has been a seventh- and eighth-grade social studies teacher in Haddonfield, N.J., for the last four years.

Maxson explains that his generation is much more connected through social media, which allows more people his age to “see other people going out there, fighting the good fight, and doing good work.” While fighting for a just society was happening in previous generations, “it’s much easier to see now,” he adds.

Millennials are the most diverse adult generation in the U.S.—44% are people of color. Source: Brookings Institution

39% of millennials ages 25 to 37 have a bachelor’s degree or higher, compared with roughly a quarter of baby boomers and 29% of Gen Xers at the same age. Source: Pew Research Center

Additionally, they helped NJEA organize professional development and networking opportunities for LGBTQ members and allies who want to better support their students. One such event is the Equity Alliance Weekend, which features training on acitivism and social justice issues. Participants learn to recognize the intersection of diverse identities and circumstances among NJEA members and the communities they serve.

Carlos “Chico” Robinson teaches seventh- and eighth grade social studies in Phoenix, Ariz., and belongs to the Phoenix Elementary Classroom Teachers Association. Born in 1978, he hovers between Generation Xers, who have been described as embracing a hands-off management style, and millennials, a more group-oriented generation. This perspective, coupled with his involvement in his local association, gives Robinson a birds-eye view on how to engage younger educators.

“We have some wonderful leaders who have made room for its members to lead or engage in meaningful work. For younger educators, myself included, it’s about wanting to lead in a group, not in singularity.”

Many local association leaders are moving away from the idea that only a handful of leaders do all the work. Instead, they are making locals more democratic, empowering their members to get involved and help lead initiatives they’re passionate about.

“Most of our new members are first-year teachers, and they’re coming in with a strong sense of social and racial justice,” explains Robinson. “If you want to be an activist, a professional development leader or an instructional coach, whatever you want, you can grow into that with the union.” 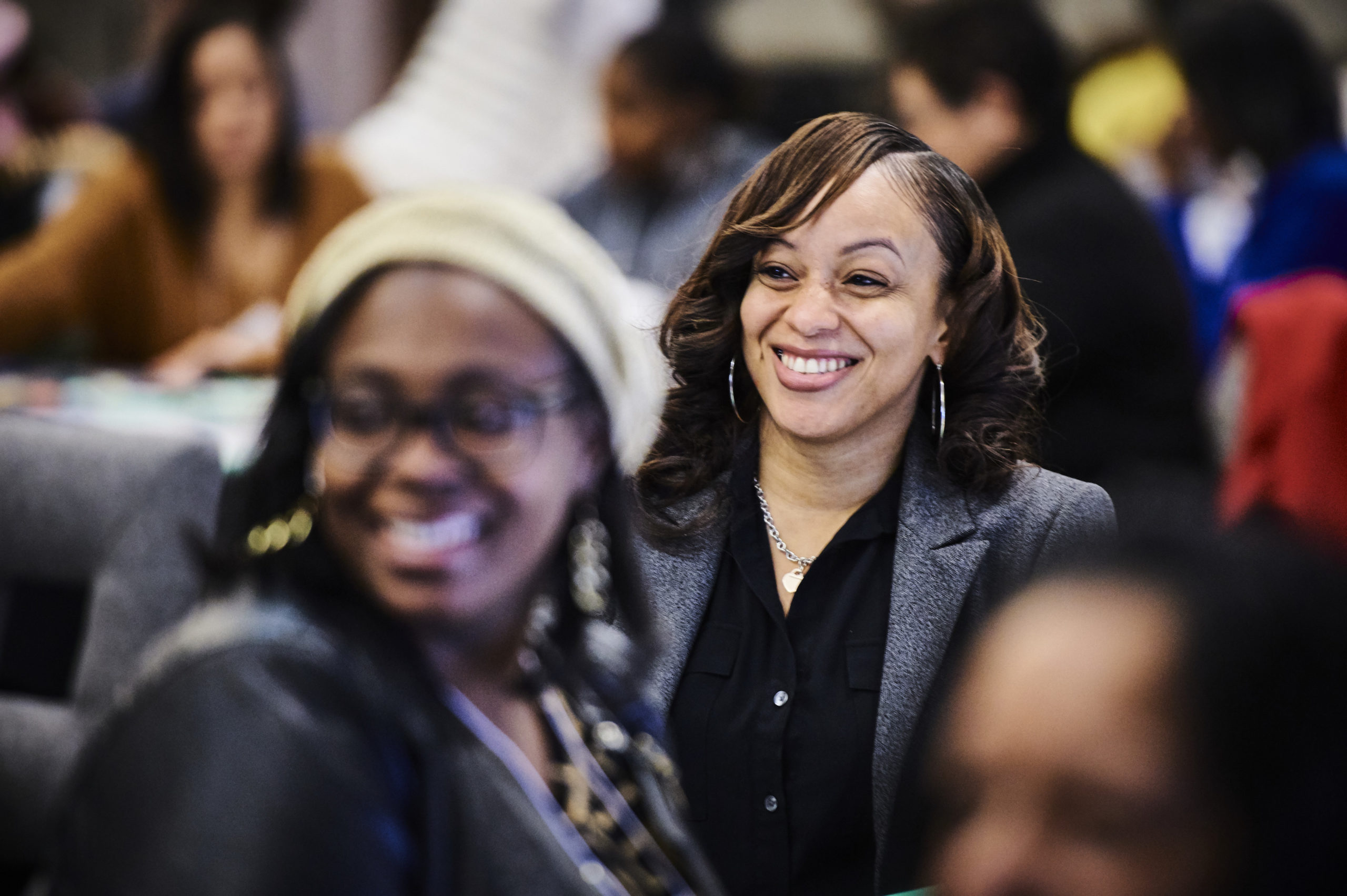 "There needs to be an intentional effort about giving more people a chance to get involved," says Angel Boose. (photo: Jennifer Pottheiser)

Younger Educators Want to Be Included

Angel Boose, 37, an elementary school teacher in East Orange, N.J., and a millennial, says that many of her peers don’t get involved with their union because some are starting families, have young children, or are work - ing multiple jobs. But something the union can control is sharing information and bringing more young educators into the fold.

Boose explains how she’s met some talented young educators who say they feel uninformed and unwanted.

“Many people don’t know about the opportunities that exist or will say that they couldn’t participate in an action because someone else was going to take the lead,” says Boose, vice president of the East Orange Education Association. “There needs to be an intentional effort about giving more people a chance to get involved—not just the usual people who always show up. Otherwise, we’re cheating ourselves from the power that can come from certain individuals being involved in our union.”

Boose is also involved with NJEA’s Members-of-Color Initiative, an organizing effort to connect and engage with underrepresented affinity groups within the association.

“We just need a chance to show that we’re serious, have good ideas, and are equipped with knowledge and experience to fight for the schools our students deserve now and for future generations.”

Immerman says, “my generation grew up with social media and a lot of online communities … It’s been a way to be efficient in building community and coalitions. But we crave that face-to-face connection, too, which the union can provide. Once we find it, we don’t let go of it.”