McConnell has refused to work across the aisle, causing insurmountable harm to millions of Americans. 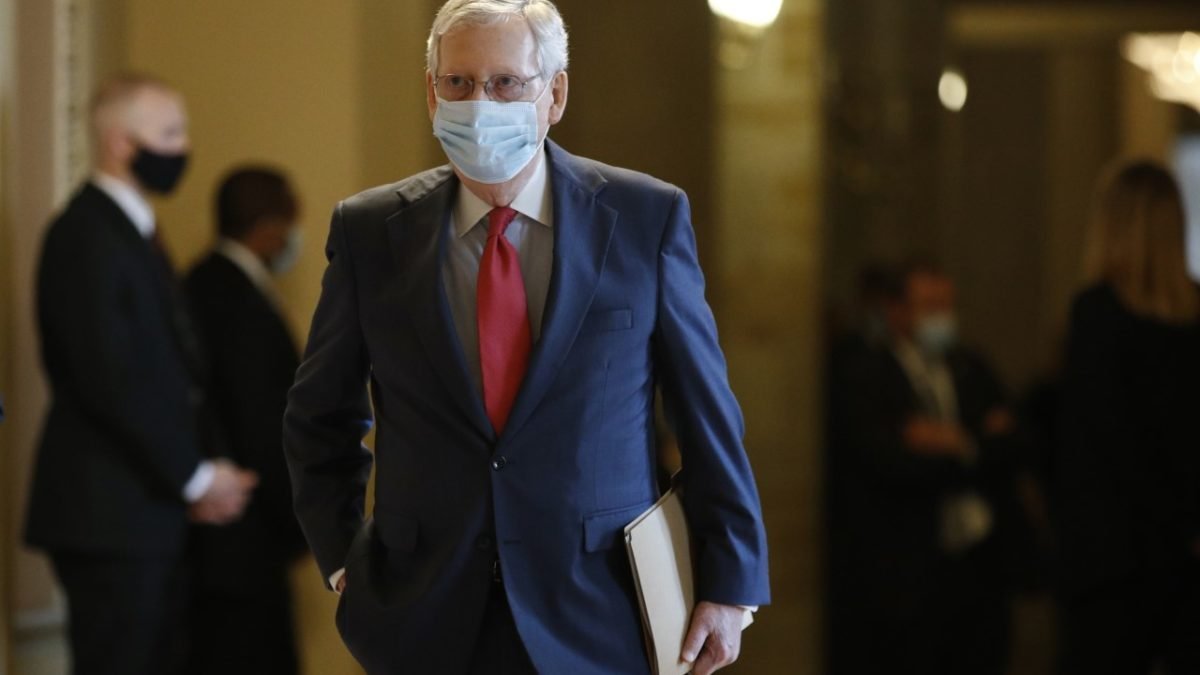 Mitch McConnell and GOP Senators have now had 11 weeks to put forward a new round of COVID-19 relief, and have failed. Following the House passing the HEROES Act in May, McConnell has refused to work across the aisle, causing insurmountable harm to millions of Americans. Over the last three months, educators, students, and entire school communities have been suffering, not only from personal losses caused by the pandemic, but also with the impending dread of returning to school buildings without proper funding for personal protective equipment or adequate technology for students to be able to learn remotely or in hybrid models.

The piecemeal approach McConnell and the Trump administration have put forward with just weeks before the beginning of the school year threatens the safety and livelihoods of educators and families. He is playing games during the pandemic, using students as pawns. Now, data has shown that the economy contracted at its fastest quarterly rate between April and June, causing educators who rely on second or third jobs during the summer months and throughout the school year to worry about keeping food on the table, all while the GOP still touts a plan for a fast recovery. In July, a record breaking number of people, including many educators, were unable to pay their rent on time.

Instead of doing his job, here are the five things Mitch McConnell has threatened in Health, Economic Assistance, Liability Protection and Schools (HEALS) Act he put out 11 weeks late:

1. No funding for State and Local

Where the HEROES Act included $1 trillion in aid to local and state governments to avoid laying off frontline public service workers—in health care, public safety, education, and other areas—who are dedicated to helping us overcome our national crisis, the HEAL Act provides absolutely nothing.  If the economic damage wrought by the coronavirus pandemic goes unchecked, the nation stands to lose 1.89 million education jobs over the next three years, according to a new analysis by the National Education Association. Stated another way, we could lose one-fifth of the workforce that powers public schools and higher education institutions. Those cuts will not only impact the educators who receive those pink slips and their families. It will also profoundly impact the 50 million students who attend public schools and their families, disproportionately affecting students of color.

2. Vouchers that take money away from public schools

Republican Congressmen are pushing for so-called Education Freedom Scholarships, which look eerily like vouchers, even though they soundly rejected a similar proposal during the 2017 tax debate. Whether they’re called “Education Saving Accounts,” “Tuition Tax Credits” or “Opportunity Scholarships,” the result is always the same: directly or indirectly, less money for public schools and more for unaccountable private schools. Federal emergency education funding should go to our public schools and educators to benefit the 90 percent of the nation’s students who attend public schools—not to advance Secretary Betsy DeVos’ failed privatization agenda

Funding that is tied to school districts resuming in-person instruction or incentivizing hurried, haphazard reopening puts educators, students, and entire school communities at risk. Educators, more than anyone, want schools to reopen—but this must occur safely. Holding education funding hostage makes a mockery of local control, and could force students and staff to return to unsafe conditions. This could prolong the pandemic— particularly in high-poverty communities and communities of color that are already hard-hit by the virus—and ultimately make resuming in-person learning more difficult, while also starving schools of the funding they need to provide remote instruction.

While the CARES Act provided a base-line funding methodology, the six-month suspension of federal student loan payments was not enough time for students to get back on their feet following the worst economic downturn in decades. Educators are calling on Congress to not only cancel monthly federal student loan payments and interest accrual for the duration of the COVID-19 national emergency, including commercially held Federal Family Education Loans (FFEL) and Perkins Loans held by institutions of higher education, but also cancel at least $30,000 in student loan debt per student after the emergency ends. NEA members are also advocating for additional assistance for community colleges.

Waiving liability without having federal or state mandates in place to protect health and safety would encourage schools and campuses to reopen despite public health concerns, and would send the message that they are, indeed, unsafe. NEA strongly opposes waiving school districts’ and higher education institutions’ liability for providing safe conditions for teaching and learning.