As politicians mischaracterize and stoke fears about what is taught in schools, educators are holding firm in their support for a proven, research-based, and culturally responsive education for all students. 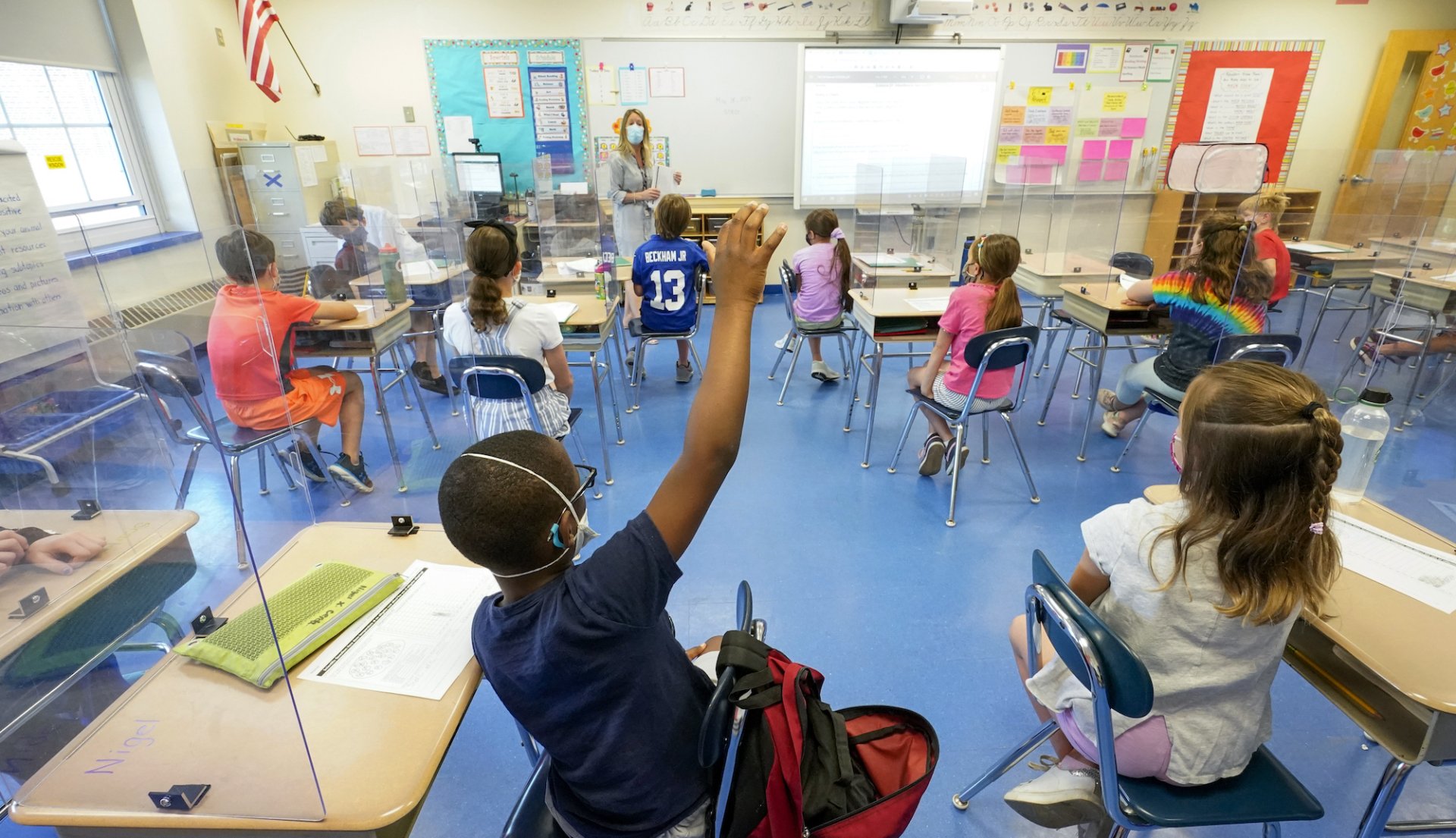 If you grew up in the U.S., you may have first learned about Christopher Columbus and his 3 ships through a catchy song. Some ditties describe how Columbus “found America” with the Niña, the Pinta, and the Santa Maria. Others portray him as an “explorer, so grand.”

For years, and more so today, educators have pushed school boards to change their tune and adopt a more honest and accurate curriculum, using age-appropriate material that helps students understand their past, while preparing them for the future.

And educators are using a sample resolution and guidance from NEA to create these resolutions that hold a commitment to affirming inclusion of all students, respect for educators as professionals, and support for a proven, research-based, and culturally responsive education.

As for Christopher Columbus, educators are relying on material that gives a more truthful account of his voyage, such as the preschool-aged song that tells of how Columbus “sailed the ocean blue, a courageous thing to do, but somebody was already here: The Inuit and Cherokee, the Aztec and Menominee, Onondaga and the Cree…Columbus sailed across the sea, but somebody was already here.”

But some elected officials, fueled by big money, continue to play politics with students’ education by pushing a whitewashed history. They’re mischaracterizing and stoking fears about what is taught in schools, attempting to censor teachers, and keeping students from having access to an honest and accurate education, which includes teaching about the greatness of this country, as well as when the nation failed to include all Americans in “We the People.”

A small but vocal group of people are also showing up at school board meetings and objecting to what is being taught to students, and they’re undermining the trust placed on educators to make decisions based on learning.

For more than a year now, certain parent groups and legislators nationwide have been showing up to school board meetings and pushing legislation, respectively, to prevent educators from teaching about systemic racism and sexism. Instead, they’re advocating for outdated and inaccurate lessons—and lies—to maintain comfort over truth.

Efforts to restrict teaching and learning have huge implications for educators and students, according to researchers at UCLA, which found that nearly 900 school districts, enrolling more than 17 million students, or 35 percent of all K–12 students, have been impacted by local anti-critical race theory (CRT) efforts.

Released January 2022, the report, “The Conflict Campaign: Exploring Local Experiences of the Campaign to Ban ‘Critical Race Theory’ in Public K–12 Education in the U.S.," underscores how educators have felt attacked, intimidated, and threatened from legislation, outside organizations, and local critics.

Additionally, the researchers found that these efforts obstruct “White students and students of color from learning together about issues of race and diversity.”

The report also highlights a recent poll that suggests most Americans agree that students should learn in schools about race and racism in U.S. society.

Educators want the best for their students no matter their race, background, or zip code and work hard to create a space where students feel safe to learn, make mistakes, and pursue their dreams—all while feeling supported and connected to their school community.

Kelly Nalty, a high school Spanish teacher for the Lake Oswego School District, a suburb of Portland, Ore., is one of these educators. For the past 16 years, Nalty has taught Spanish at Lake Oswego High School and works with the district’s equity director to bring inclusive and culturally relevant information to teachers and students. This work has long been important to her.

Years ago, “I saw there was a disconnect between what we were doing in the classroom and some of the students, and I wanted to disrupt some of the microaggressions that were happening in my class,” says Nalty, explaining that some students were being ignored or sidelined by the educational system. “When this work started coming [closer] into my view, I took to it strongly.”

For the last few years, Nalty and many of her colleagues have re-examined with an equity lens their lesson plans, curricula, disciplinary policies, and even their own thinking—and given the national debate over teaching the truth in education, they wanted this work formalized.

After numerous Zoom meetings with teachers, students, and community members, the group produced a 64-page document of evidence that centered on school hiring practices, equity trainings or lack of, and the effectiveness of school resource officers (SROs), as well as the adoption of curricula that is culturally relevant and inclusive and whether those standards are being met.

A petition was distributed far and wide throughout the community, too.

The outcome? A school board resolution, by the Lake Oswego school board of directors, that condemns racism and commits to being an anti-racist school district.

This commitment includes to be a “leader on educational equity, including critically analyzing our current system, policies and practices, but we also recognize that the district has not done enough to combat racism or proactively teach anti-racism, and as a result, our students of color, and black students in particular, still regularly experience racism in our schools,” as described by the resolution.

“This was a huge effort…,” Nalty says, “and our hope is that the work we want the school district to do will be taken seriously."

The district has already made changes to how SROs are seen in schools, swapping out their uniforms for plain clothes, and they created an additional district position to focus on equity.

While it’s too early to tell how far the school board and district will go in establishing social and racially just policies and practices, Nalty says, “Everybody must have a chance to make changes. These changes are profound and scary.”

The scarier part, however: “Students are at risk of losing whole experiences and educational opportunities,” she says.

Across the country, several districts have adopted similar resolutions based on NEA’s model language, such as the Marietta City Schools Board of Education, in Georgia, which supports diversity, equity, and inclusion; the Board of Directors of North Thurston Public Schools, in Washington, which affirms its commitment to equity in education; and a resolution adopted by Metro Nashville Board of Education to advocate for research and strategies that foster the eradication of institutional racism and White privilege perpetuated by White supremacy culture.

Go to neaedjustice.org/honesty-in-education/ to download a template of the model school board resolution. You’ll also find information on what you should know about state measures that restrict certain instruction on racism and sexism.