New Hampshire paraprofessional Melissa Alexander couldn't hold her husband's hand during chemo treatments. She had to go to work.

When Melissa Alexander’s husband sat in the chemotherapy chair, she wanted to sit next to him, holding his hand through the hours of infusions. But often, she went to work instead.

Alexander, who at the time was a paraprofessional in her New Hampshire elementary school, didn’t work enough hours a year to qualify for unpaid, job-protected leave through the federal Family and Medical Leave Act (FMLA). Because that law requires employees to work at least 1,250 for a single employer during the 12 months preceding the leave, it is nearly impossible for any paraprofessional to qualify—or school bus driver, or food service worker.

Education support professionals (ESPs) like Alexander face agonizing decisions: go to work at the job that provides their health insurance, or stay home to care for their sick child or dying husband and potentially lose that job (and health insurance!) “It wasn’t just me,” Alexander says. “As president of the [Monadnock Education Support Staff Association], I was hearing the stories of many members who didn’t qualify—and they were just heartbreaking.”

After attending a NEA Representative Assembly and listening to ESPs across the United States with similar concerns, Alexander decided to do something about it. State legislatures have the ability to increase federal FMLA coverage, she learned, and, in 2014, Alexander set out on a course to make that happen in New Hampshire. She and her ESP colleagues testified at state committee hearings, spoke with lawmakers, and worked with NEA-New Hampshire staff and leaders.

This year, thanks to their relentless efforts, the state legislature lowered the qualifying bar for FMLA to 900 hours. “It’s so huge,” says Alexander, now an administrative assistant and NEA-NH Executive Board member.

How is This Supposed to Work?!

For decades, ESPs across the nation have been stuck between a rock and a hard place when it comes to sick family members, she notes. When her husband got sick in 2006, Alexander was working a typical 7-hour day as a paraprofessional, across a school year with 183 days. That adds up to 1,281, but she had taken a few earned sick days to care for her husband. “All you had to do was take a couple of days off, and you wouldn’t qualify. And, if you’re a person who needs FMLA, you probably have taken a couple of days off!”

Alexander also notes that many ESPs certainly work more than 1,250 a year, if you add up the hours spent at their second and third jobs. But the federal law doesn’t work that way. FMLA is provided through a single employer, and the employee needs to work 1,250 hours for that employer alone.

With her husband’s cancer advancing, Alexander’s school district offered her an unpaid leave—but with a catch. She’d have to pay the bill for her health insurance, at an unaffordable cost of $1,600 a month. “Here, you’re out of work because somebody in your family has a medical condition, and now you’re not going to have medical insurance? It just didn’t make sense,” she says.

“Because I was carrying the insurance, I had to be very careful,” she says. “So I didn’t attend things that I felt I should have been at, medical appointments, chemotherapy treatments, which was heartbreaking.” 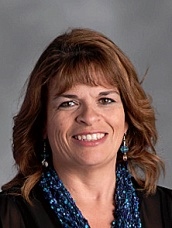 Alexander lost her husband almost a decade ago—but eventually she won this fight for her colleagues.

In 2016, a bill to make FMLA more accessible failed in the New Hampshire senate along party lines. But NEA-NH refused to back down. “Ensuring access to FMLA remains a priority for us,” said NEA-NH President Megan Tuttle. “No one should face the prospect of losing their job because they or someone they love gets sick.”

Elections matter. In 2018, Democrats took control of both houses of the state legislature, and a FMLA bill, this time introduced by Democratic state Senator Kris Schultz, was passed as part of the state budget.

Alexander is thankful, but still not satisfied. “Wouldn’t it be great if this were a federal thing?” she asks.