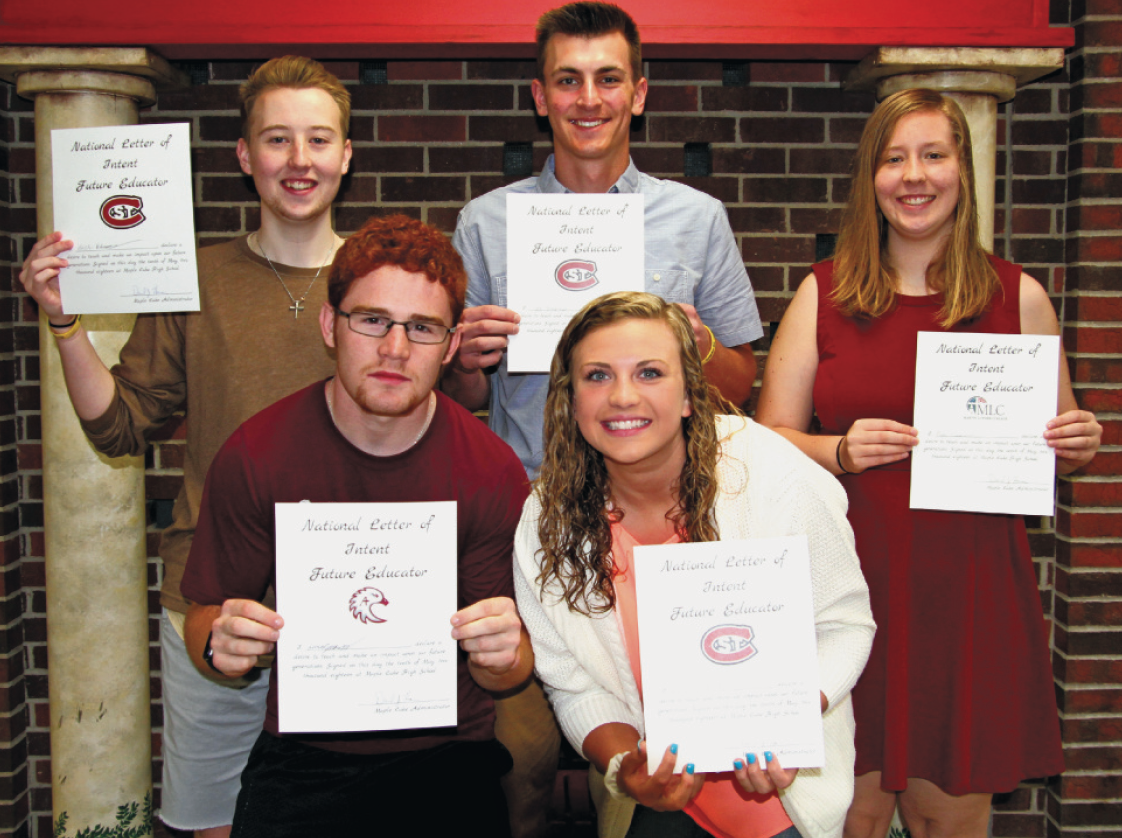 High schools across the country host events for students who’ve received athletic or academic scholarships. Wouldn’t it make sense for educators to promote students who are following in their footsteps?

That’s the question John Millea posed on Twitter and on his blog last spring. Millea is the media director for the Minnesota State High School League, and he read a story about a high school in central Iowa that held a “future-teacher signing ceremony.” Millea thought his district should sponsor a similar event.

“I thought it was just about the greatest idea I had ever heard,” Millea says. “My mom is a retired teacher and two of my three children are teachers, so education is very close to my heart.”

Millea’s Tweet received an enthusiastic response, and last spring numerous districts held signing events for students who are planning to major in education.

One of the events took place at Burnsville Senior High School and was organized by Millea’s daughter, Allison Millea.

“I took the idea and worked with P. David McDevitt and Hayley Ohama, our Future Teachers of America (FTA) advisers, to organize and honor our future teachers,” Allison says. “FTA had many of [their participants attend] the event, and the rest heard about it through word of mouth.”

Allison says the students felt special and important. As a teacher, she says, she wants them to make sure they know they are choosing a great profession and will be supported when they enter the ﬁeld.

“Teaching has a lot of challenges, obviously, but I feel so conﬁdent

in the future with these students leading the way,” Allison adds. “We all received messages from former board members, former students, and community members about how wonderful it was for these students.”

Kim Fynboh, a teacher at Minnesota’s Maple Lake High School, also saw news about the Iowa event. Fynboh is a student council advisor, and suggested to the group that they consider a similar event.

“As for ﬁnding out who was going into teaching, we just started asking the seniors and our guidance counselor too,” Fynboh says. “Being a small school, it is easy to get in contact with people. We sent out invites to the seniors and then word got out.” The event is new, but the Maple Lake Federation of Teachers local union has for years given two $500 scholarships to students who plan to enter teaching. Scholarships are paid for with local union dues.

The full version of this story ﬁrst appeared in Minnesota Educator, available at nea.org/MNSigning-Events.