'The Newcomers': Refugee Students' First Year in a U.S. Classroom

A new book tells the powerful story about 22 students from around the world and their determination to find a place in their new home - and the educators who help them on their journey. 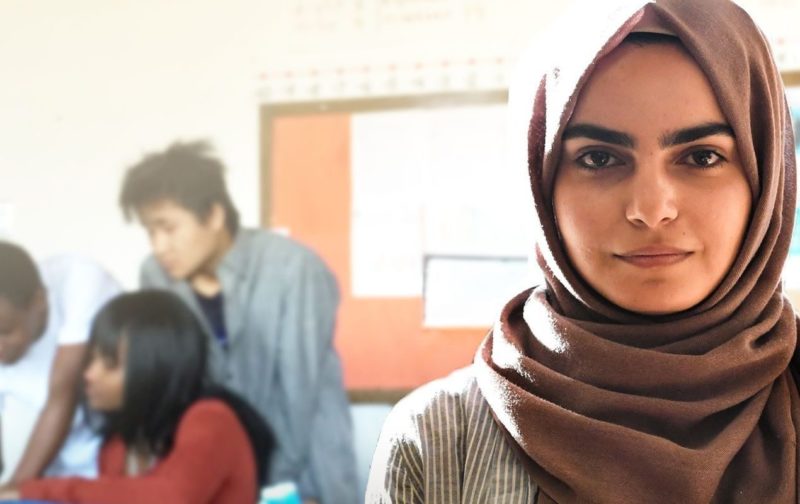 For refugee families fleeing war-torn or drought-ravaged countries, the journey doesn't end when they find a safer home. Adjusting to a new country presents a host of daunting challenges, particularly for school-age children, who have to struggle through adolescence while trying to fit in a strange new land. It's a transformation that largely occurs in school. For an entire year, journalist Helen Thorpe chronicled the progress of a group of refugee students in an American high school in Denver, CO. The resulting book, The Newcomers: Finding Refuge, Friendship, and Hope in an American Classroom , has just been published by Simon and Schuster and it couldn't be more timely. Refugee resettlement in the United States has come under fire over the past year, fueled by a barrage of fear and misinformation. Thorpe tells a powerful story about the determination of 22 students from around the world to learn basic English and to find a place in their new home - and the heroic work done by one teacher to help them on their journey. The toxic political landscape only made Thorpe more invested in the project. "I wanted even more badly to make sure these students were understood," she says.

What inspired you to write The Newcomers?

Helen Thorpe: I wanted to write about the refugee crisis in a fresh way. News stories were portraying refugee journeys as being all about loss. That’s true, at the outset. After a family resettles, however, the story is more about transformation. So I decided to position myself inside an English Language Acquisition high school classroom at South High School in Denver for the 2015-2016 school year. The principal welcomed me because I had previously written a book called Just Like Us, about undocumented students. She told me I could spend as much time in the school as I desired, and gave me leeway to report on any classroom.

In the book, I describe how one teacher taught English to 22 kids who spoke 14 different languages. I also show what led those families to America, how their parents fared once they got here, and how the kids interacted—their friendships and crushes and relationships. The changing political backdrop made me feel only more invested in the project, as I wanted even more badly to make sure these students were understood

What made South High a good fit for the project?

HT: It's a large urban high school in the middle of the country, and you might imagine that due to its location there would not be a great deal of familiarity with foreign cultures. But South has been educating refugee students for over two decades, and both the faculty and the student body are highly knowledgeable about the rest of the world. Teachers and students there have absorbed all kinds of information about what languages are spoken elsewhere and what cultural practices take place in other countries. The school serves an oasis of acceptance for foreign-born students.

South also has a long history of serving these students in cooperation with other organizations that support the immigrant community. There is a faculty member named Karen Duell who works as a community liaison and coordinates these interactions. What I saw from spending a year in Eddie Williams classroom was the weekly involvement of a therapist who was employed by Jewish Family Service and visited to help the students grapple with their emotions while they were transitioning here. And the weekly appearance of a group of volunteers from Goodwill Industries who showed up to read with the students. But Karen Duell works with many additional groups that help provide food and clothing and a variety of services to this community.

Tell us about some of the students and their experiences.

HT: Solomon and Methusella, two brothers from the Democratic Republic of Congo, reported to school every single day and learned at an astronomical rate. They were always neatly dressed, always prepared, and the most diligent students. On the other hand, Jakleen and Mariam, two sisters from Iraq, were still grappling with traumatic experiences. Yet they were highly compelling—smart, funny, articulate. I rooted for them to succeed despite all the impediments. Meanwhile, Christina, a young woman from Burma, was abused at home and wound up being adopted by an American family; her story exemplifies the level of trauma experienced by some refugees. In each case, I visited families at home to learn more about their journeys. Together, these three families provide a more comprehensive look at the global crisis.

I also look at a couple of families’ journeys more closely. I travelled to the Congo DR - the country that has sent the most refugees to the US in recent years- to understand one family’s journey at a deeper level. And I visited the refugee settlement in Uganda where that Congolese family had lived before resettling here.

You spent the year in teacher Eddie Williams' classroom. What did you see that made him particularly effective educator with this group of students?

HT: Eddie Williams got to know his students individually, and tailored his approach to their needs. He knew who learned best one-on-one, who worked well in a group, who was a more kinetic learner, who learned best by drawing or writing a report, who could be left alone with a laptop and would learn even more that way. He was great at differentiating and at handling the tremendous diversity of the room. 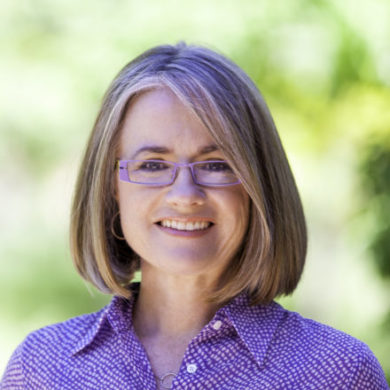 Helen Thorpe, author of "The Newcomers: Finding Refuge, Friendship, and Hope in an American Classroom"

Because he had been doing this for many years already, he was also familiar with the places the students were from. Though he had 22 kids who spoke 14 different languages and used 5 alphabets, for the most part he had had students from those same countries before. He knew which languages in his room were more closely related to English (Spanish, French, Portuguese) and which were not at all close to English (Arabic, Tigrinya, Karen, Karenni). He understood what factors would inhibit learning (trauma, language proximity, personal motivation, whether or not the student had chosen to resettle or whether they felt they were here unwillingly) and he accommodated for those factors.

You were with the kids during the 2016 primary and the possibility of a Trump presidency loomed large. After the election, as far as you know, was there any change in the school's climate toward refugee students in terms of a backlash or bullying, and how did the school respond?

HT: After the election, the school provided additional support by hiring extra counselors on a temporary basis. The teachers also tried to provide space in the classroom for the students to understand what had happened and to process their adjustments communally. There was no backlash inside the school that I’m aware of. But the foreign-born kids, especially those who wear hijabs, did run into problems on the city buses and trains they took to get to school, from other commuters. There was a genuine and perceptible shift in how the students were treated by others in the community outside of school.

In the book, I was struck by Mark, the Christian evangelical in the community who was volunteering with these families every week. You point out that you and Mark probably don't agree on much generally except that refugees are, in your words, a gift not a burden to this country.  Are you hopeful at all that support for refugees will once again become the bipartisan cause that it traditionally has been?

HT: I’m discouraged by the state of national discourse, which is pretty muddled. There are a lot of misconceptions. Leaders keep talking about refugees as if we don’t vet them properly, when we do. They conflate our refugee resettlement, which is very orderly and controlled, with what’s happened in Europe with so many asylum seekers flooding there without legal permission.

On the other hand, I’m encouraged by knowing that this is a fundamentally generous country and that the long history of refugee resettlement will continue. I think in the long run all of the churches and nonprofits that do this work will succeed in reminding all of us that we are very good at refugee resettlement, and the idea that we can and should take more refugees will prevail.

One very positive sign that I’ve seen on the international front is the #BecomeTheLight campaign organized by the Olympics, a  pro-refugee campaign that is doing a good job of dispelling many of the myths that have come up around the subject. Refugees are being portrayed as strong and resilient and able to offer a lot because of their wisdom—which is my experience of them—rather than as a burden.

So I think we will see a shift toward a more positive discourse in the near future. But it may happen through social media and via the business community and nonprofit organizations and the I.O.C., as opposed to through the traditional media or through the political sphere.