'Nobody is Talking About This': The Sorry State of Higher Ed Funding

A funding crisis at the University of Alaska tells a larger story about crumbling state support for public colleges and universities across the nation. 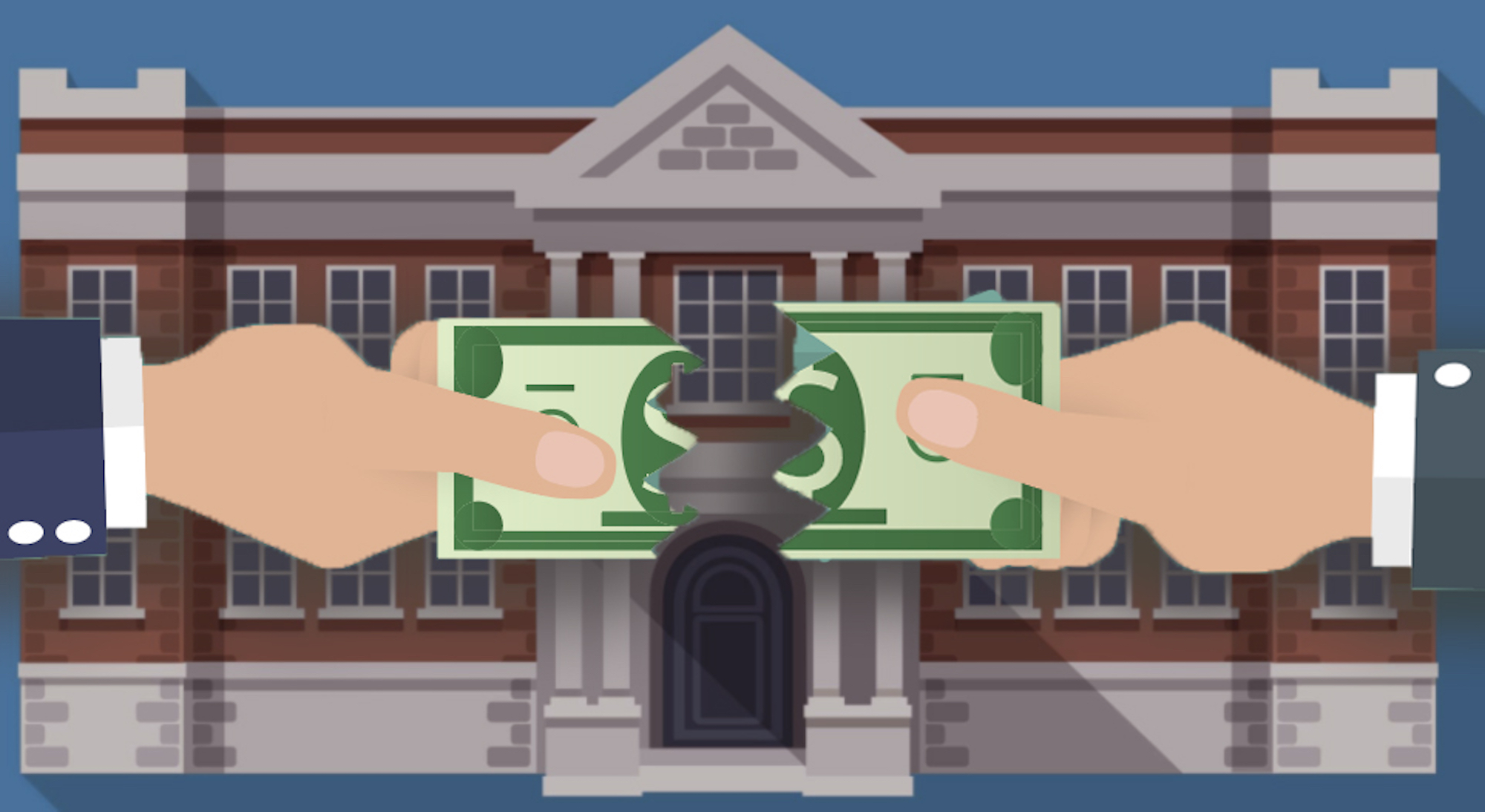 The masses of red-shirted teachers who marched last year in Los Angeles, Denver, and across states like West Virginia and Arizona illustrated a fact about public education that everybody seems to know now: state funding for public schools has tumbled faster than a three-legged desk.

But what about higher education? Most Americans believe state spending for state colleges and universities has increased, or held steady, over the past decade, according to a recent survey by the APM Research Lab.

Unfortunately for students, most Americans are wrong.

The latest example comes from Alaska, where Gov. Michael Dunleavy pushed the University of Alaska to the brink of financial catastrophe this summer with a drastic 41 percent, or $135 million cut in state funds to the university, to be imposed immediately. The amount exceeds the entire budget of the University of Alaska-Anchorage, one of three campuses that serve about 27,000 students across the far-ranging state.

In response, the university’s Board of Regents reluctantly declared “financial exigency,” paving the way for an estimated 1,300 staff and faculty layoffs and rapid closure of possibly two of the three large university campuses—not to mention massive tuition hikes, the elimination of academic programs and research, and much larger class sizes. Scientists called it a “death spiral” for University of Alaska’s world-renowned climate research hub.

At the same time, the northwest regional accreditation board wrote an unprecedented letter to Alaska legislators, warning them that the 41 percent cut posed, “material and significant risk to the quality of education provided to students,” and could threaten the university’s accreditation. Loss of accreditation is a death knell for institutions: Most significantly, it would mean students could no longer use federal loans or Pell grants to pay tuition.

Amid uproar, the governor eased off, somewhat. Saying he didn’t mean to “cause angst,” he agreed to a still-deep 20 percent cut, or $70 million, over three years. Alongside the elimination of some degree programs, some job layoffs are predicted.

Alaska: Not So Alone.

The sudden, cold-water plunge in state support for the University of Alaska shocked many. But other states across the U.S., mostly in Republican-led states, have cut public higher education as deeply over the past decade.

“Nobody is talking about this—but there has been an erosion of support,” says DeWayne Sheaffer, president of NEA’s National Council for Higher Education. Declining support leads to declining services for students, he adds.

According to a recent survey, most Americans believe state spending for state colleges and universities has increased, or held steady, over the past decade. Unfortunately for students, most Americans are wrong.

Between 2008 and 2018, Arizona lawmakers cut state support for their public colleges and universities by 56 percent, and Louisiana by 41 percent, according to the Center on Budget and Policy Priorities (CBPP). Seven additional states—Pennsylvania, Oklahoma, Alabama, Mississippi, New Mexico, South Carolina, and Missouri—cut higher education funding by at least 30 percent, and New Hampshire by 29.7 percent, CBPP found.

For advocates of higher education, these kinds of cuts raise existential questions like: What is the future of state colleges and universities? “If devastating cuts can come in the best of times, or at least far from the worst, then how sustainable can public colleges really be?” asks Kevin Carey, director of the education policy program at New America. Without state support, are these institutions still “state colleges”? At the University of New Hampshire (UNH), only 9 percent of total revenues came from the state in 2016.

For parents and students, the questions are less philosophical, more practical: Can they afford college today? State universities used to be more affordable, more accessible to all. Now, as states have hacked their contributions, families are left holding the bill. In Arizona and Louisiana, the cost of college tuition doubled over the decade. In 2018, in Arizona, the cost of college totaled about 20 percent of a typical family’s annual income.

And yet, most Americans haven’t connected the dots between decreases in state funding and increases in tuition. Even as 43 million Americans—roughly one in six people—have student loan debt, only about one in four are aware that state funding to public colleges and universities has decreased.

“It is a big, important quality-of-life issue, and here all but 29 percent of people got it completely  wrong,” Craig Helmstetter, managing partner of APM Research Lab, told PBS.

According to APM’s survey, most Americans believe funding for higher education has increased (27 percent) or stayed the same (34 percent) over the past decade. An additional 10 percent said they didn’t know.

Even fewer people likely know what has happened with federal Pell Grants, suggests Sheaffer. “Pell Grants haven’t kept up with rising tuition—they no longer fully cover the costs—and nobody is talking about that either,” he says. (Increasing Pell Grants is part of NEA’s recommendations for a revised Higher Education Act.)

The research doesn’t explore why the public is mostly unaware of funding cuts at the higher education level. Whatever the reasons, the lack of awareness likely leads to a lack of advocacy—letter-writing, emails campaigns, rallies and protests during state legislative sessions—that leads to even less funding, say higher-education advocates.

"It is so simple to respond to these issues," says Sheaffer, who encourages his members to visit the NEA Legislative Action Center and sign up for legislative alerts. "These are actions that are very easy to do, if you're aware of them."