One-Quarter of U.S. Students Don’t Have What They Need for Online Learning

In a new report, NEA President urges Congress to open the virtual classroom door for all students. 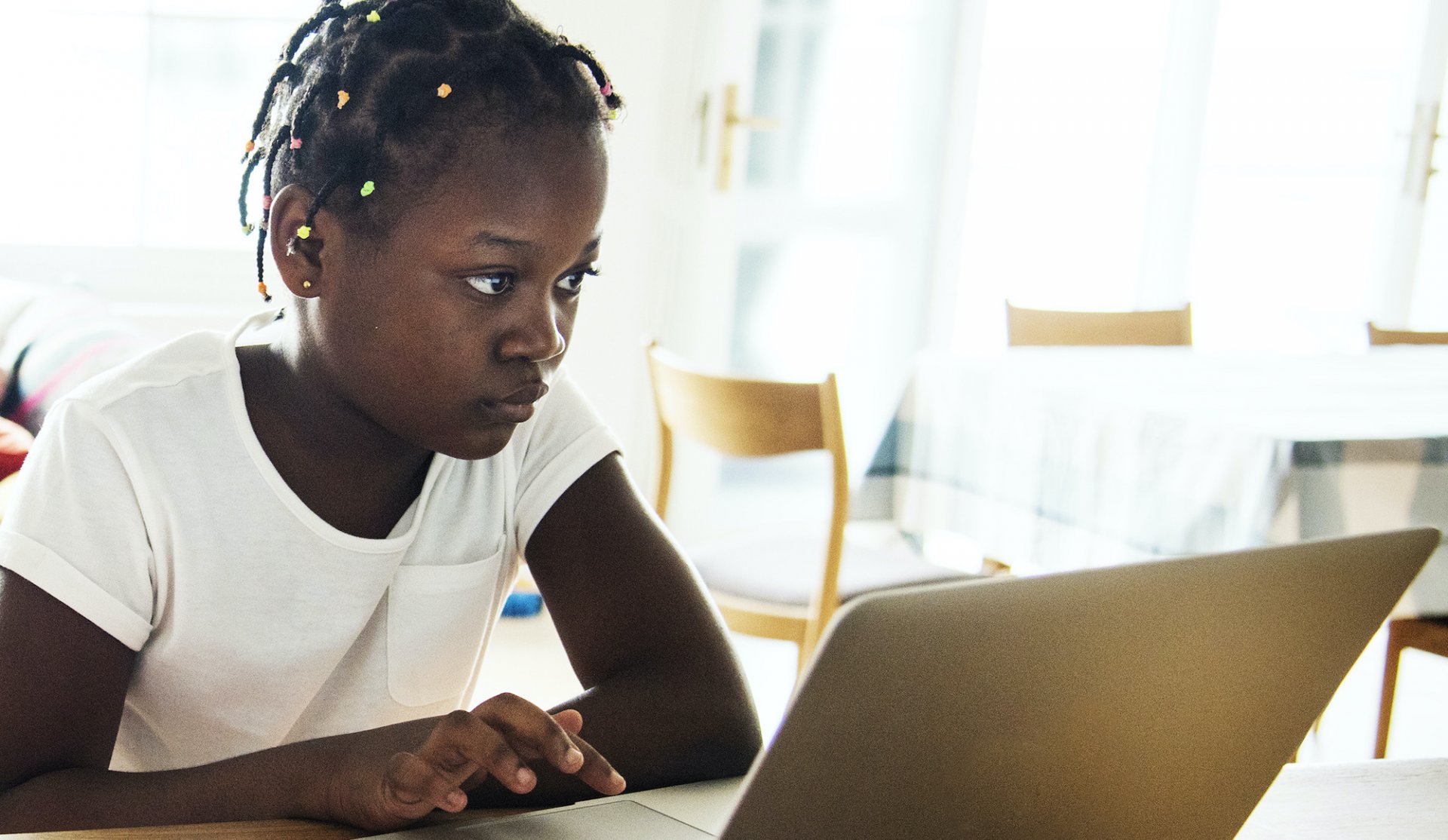 Shawna Mott-Wright, president of the Tulsa Classroom Teachers Association, says people like to talk about educational opportunity, but she says right now the biggest issue is access.

“This is one of those moments where it all comes down to access,” Wright says.

She estimates that as many as half of her students at Memorial High School in Tulsa, Oklahoma—where more than 80 percent of students are from lower-income families—can’t engage in distance learning. They either don’t have devices, or they don’t have high speed internet access.

In fact, according to a new NEA report, Oklahoma is one of the top five states with the widest digital gaps in the country.

The report, Digital Equity for Students and Educators, examines the digital divide for school-aged (5-17 years old) children. It finds that an estimated one-quarter don’t have what they need for online learning during the pandemic.

The fallout from the COVID-19 pandemic has made it impossible to ignore the nation’s digital divide (also known as the homework gap) which has worsened deep inequities that have long existed in communities across the country.

For too many students, the door to the virtual classroom is blocked.

Students living in communities historically marginalized by generations of systemic racism, classism, and inadequate funding of their schools face the biggest divide.

Digital Equity for Students and Educators breaks down by state the number and percentage of children without access.

Mississippi, Arkansas, and New Mexico have the highest estimated percentages of students who lack full access (both broadband and a computer).

In terms of the total number of children affected by the digital divide, the three most populous states—California (with 1.5 million), Texas (1.8 million), and Florida (742,000)—have the most school-aged children who lack access. Texas, in particular, stands out compared than the rest of the country: 13.1 percent of all the school-aged children in the country who lack full access reside in Texas. 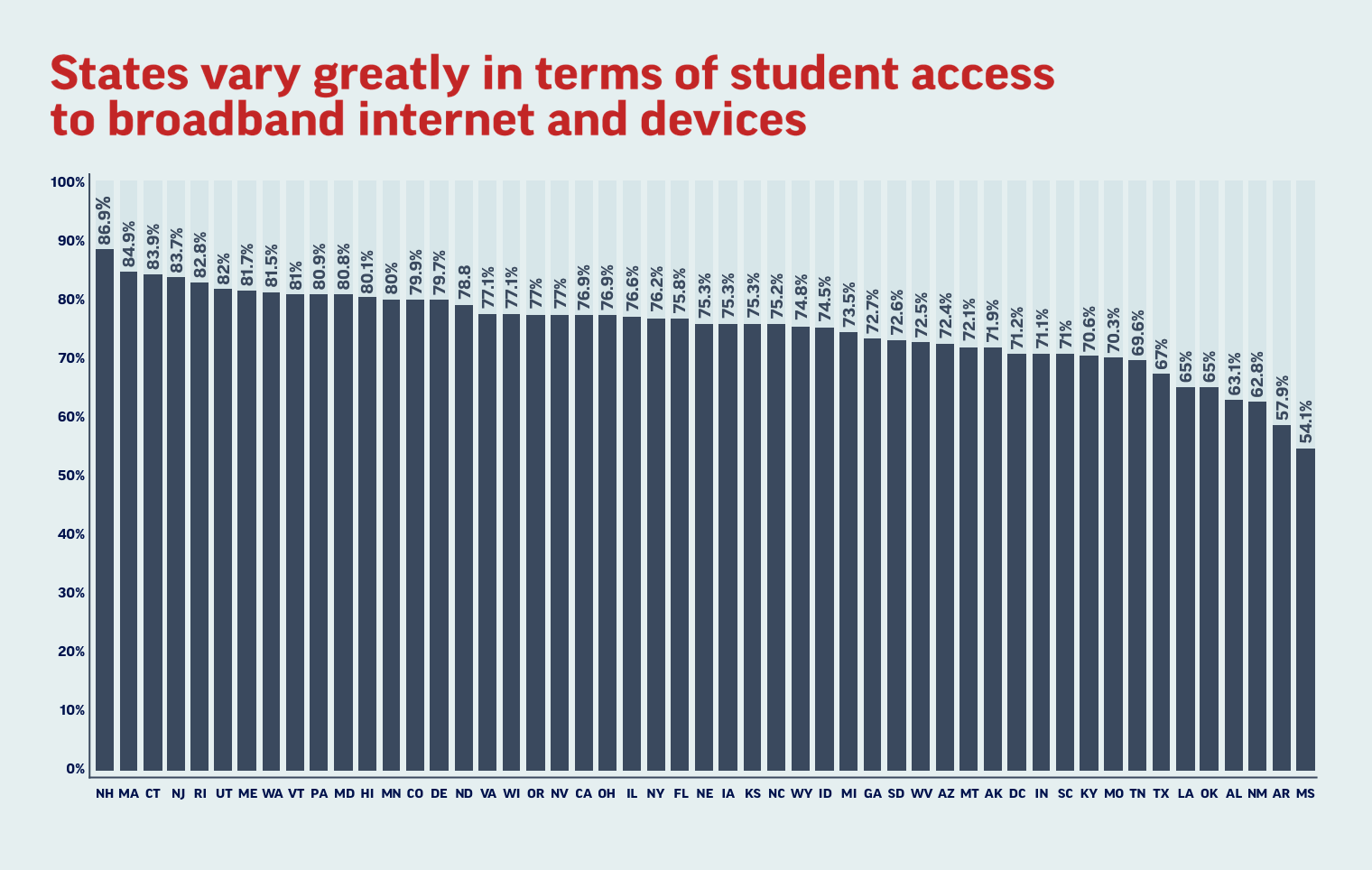 1 OF 3
NEA's report on digital equity illustrates the digital divide and homework gap in each state. 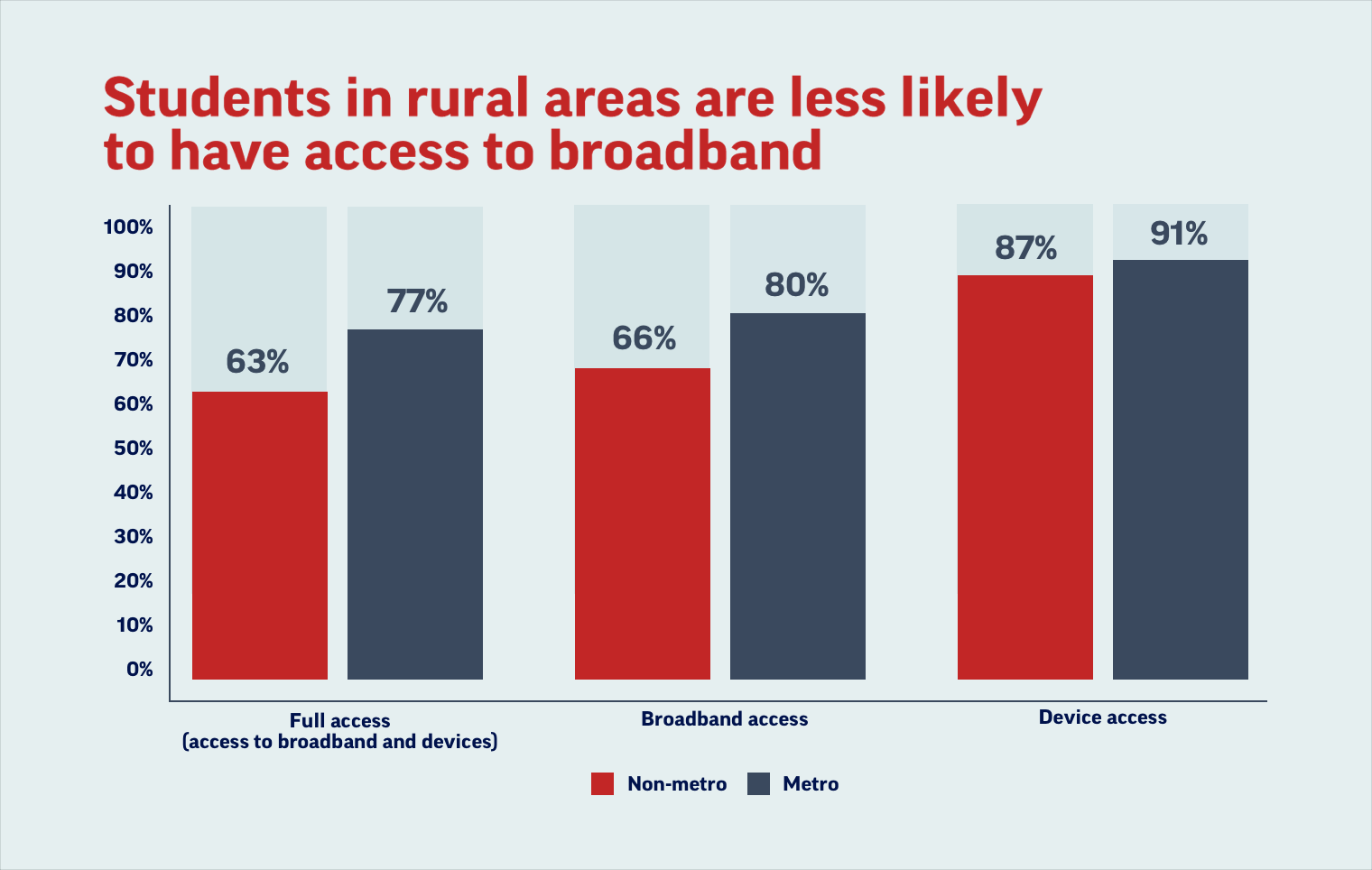 2 OF 3
Students in rural areas lag slightly in terms of access to the internet and devices, but the most significant gap is in terms of broadband. 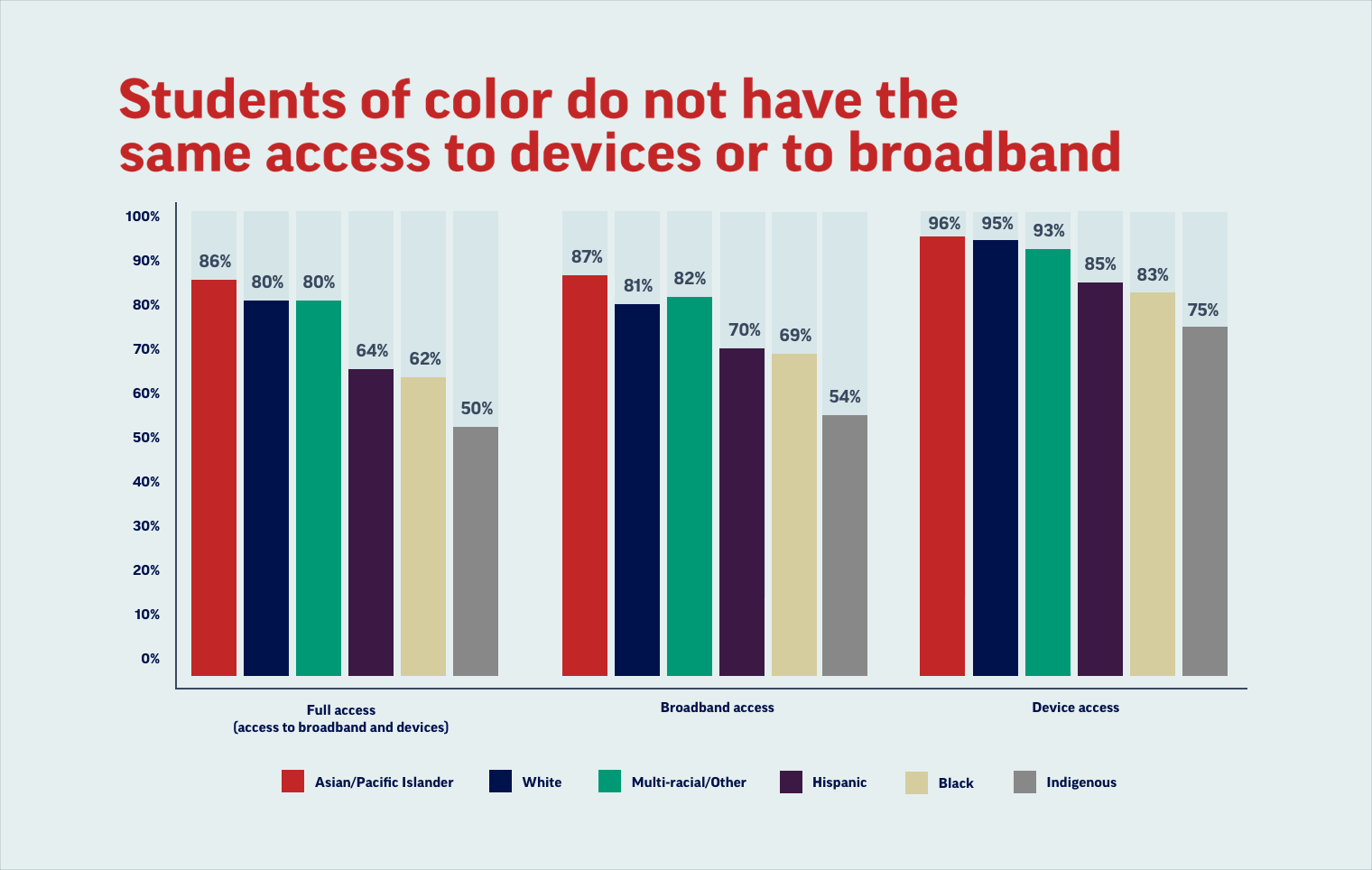 3 OF 3
Black, Latino, and Native students are less likely to have full access to the devices and broadband internet they need to learn than White students.

We Can Help Close the Gap

Digital equity is about making sure all school-aged children have the basic resources— broadband internet and computer access—to meaningfully participate in remote learning, regardless of situation or condition. It should be available to households in the same way other basic utilities, such as water and electricity, are.

Digital equity also depends on having qualified, trained educators and instructional supports in place so that students and their parents can successfully navigate learning wherever they are.

“Congress must act to ensure all school-aged children, particularly students in historically exploited communities, have the basic resources — broadband internet and computer access — to meaningfully participate in remote learning,” said NEA President Becky Pringle. “We know that access to the internet is essential for learning. No matter where students live, it is critical for conducting research, doing homework, and, when school buildings are closed, attending class. We are going to fight to achieve broad internet access and the equipment our children need in order to succeed.”

Ask your lawmakers to pass the HEROES Act and to fund the federal E-Rate program, the quickest, most efficient way to bridge the homework gap during this school year—the best way to ensure the students who need internet access get it and to distribute emergency funds equitably.