Multiple factors—rather than a single one-size-fits-all solution—are needed to help us move up the results ladder, says NEA president. 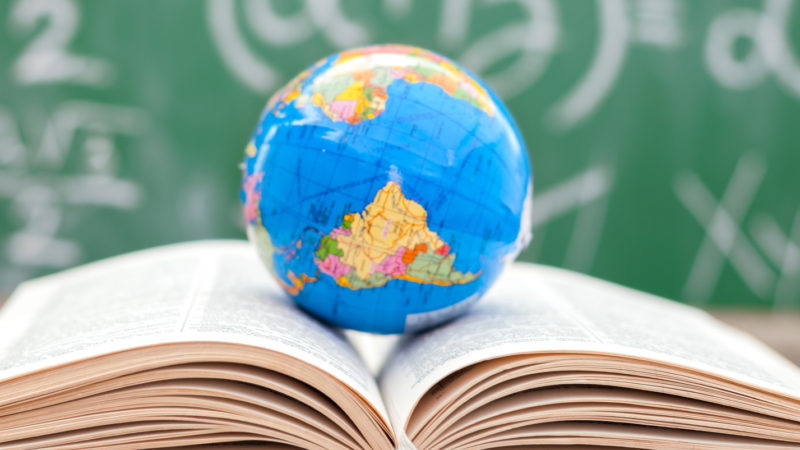 Students in the United States continue to perform about average in reading and science but score lower than the average for similar industrialized countries in math, according to the 2015 results for the Program for International Student Assessment (PISA) released on Tuesday by the Organization for Economic Cooperation and Development (OECD).

Administered every three years, PISA tested around 540,000 15-year-old students in 35 OECD countries, and 72 countries and economies overall, on science, reading, math and, for the first time, collaborative problem-solving (results in this category and an optional financial literacy section will be released in 2017.) The main focus of PISA 2015 is science, reflecting its pivotal role in the global economy and society.

In 2015, Singapore outperformed the rest of the world in all three categories, followed by Japan, Estonia, Finland and Canada. Other nations and systems near the top of the rankings include Hong Kong, Korea and New Zealand.

What do these perennially high-performing nations have in common? Plenty, says NEA President Lily Eskelsen García

PISA 2015 found that roughly 30% of the difference in science performance across OECD countries can be explained by the degree of equity in the allocation of schools’ educational resources between advantaged and disadvantaged schools.

"They fully fund all of their schools, regardless of the ZIP code or community they are in. They value the collaboration between parents, educators, administrators, communities and elected officials, they make the teaching profession attractive and they support their teachers," García said.

The paramount importance of teacher professional status in top ranked nations and systems cannot be overstated, said OECD Secretary-General Angel Gurría at an event launching the report in London on Tuesday.

"That kind of respect for teachers is not the norm. But in Finland, the recruitment process is very strict, the qualifications are very high, and the pay is very comparable to any other profession as we believe it should it be" Gurría remarked. "This needs to be replicated across all countries."

For its part, top-ranked Singapore systematically recruits high quality teachers, develops them and retains them in the system, bringing enormous benefits to their students. Newer teachers are supported by mentor teachers and often have 15 or more hours every week to collaborate with colleagues. Professional development is embedded throughout their careers.

As seen in previous PISA results, high-performing nations and systems are those that combine high levels of achievement and high levels of equity, a characteristic of education systems in Canada, Denmark, Estonia, Hong Kong and Macao (China).

"The 10% of most disadvantaged students in [some top-ranked nations and systems] are doing better than many privileged students in other countries," said Andreas Schleicher, OECD’s director for education and skills, on Tuesday. "This is a powerful illustration of the challenge we have in attracting the most talented teachers and make sure that every child benefits from excellence." 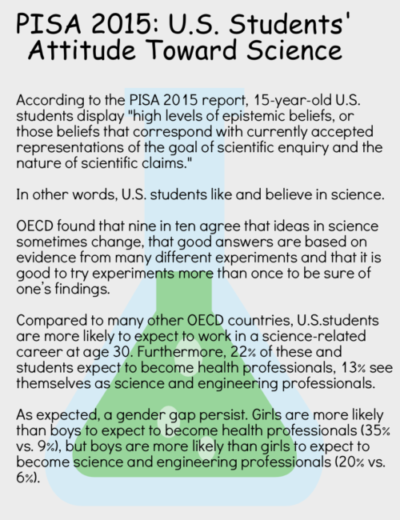 PISA 2015 found that roughly 30% of the difference in science performance across OECD countries can be explained by the degree of equity in the allocation of schools’ educational resources between advantaged and disadvantaged schools.

Schleicher noted that it is not just the amount of resources that matter for quality education, but how those resources are distributed. The United States actually ranks very high in the world in per-pupil funding, but the funding formula, largely dependent on local taxes, favors more economically-advantaged students.

According to the 2015 PISA results, high-performing and high-equity systems ensure that these resources are available to the students who need them most.

For example, countries with high enrollment rates of early childhood education, including Estonia, Germany and Hong Kong, usually find themselves near the top of the PISA rankings.

"PISA tells us that schools are successful when states invest in students. Multiple factors and interventions—rather than a single one-size-fits-all solution—are needed to help us move up the results ladder.  A separate and unequal education system hurts students, particularly those students most in need," said Eskelsen García.