78 percent of public school parents say they would support teachers in their community if they went on strike for more pay. "Educators’ decision to take a stand for themselves inspires everyone," says NEA president. 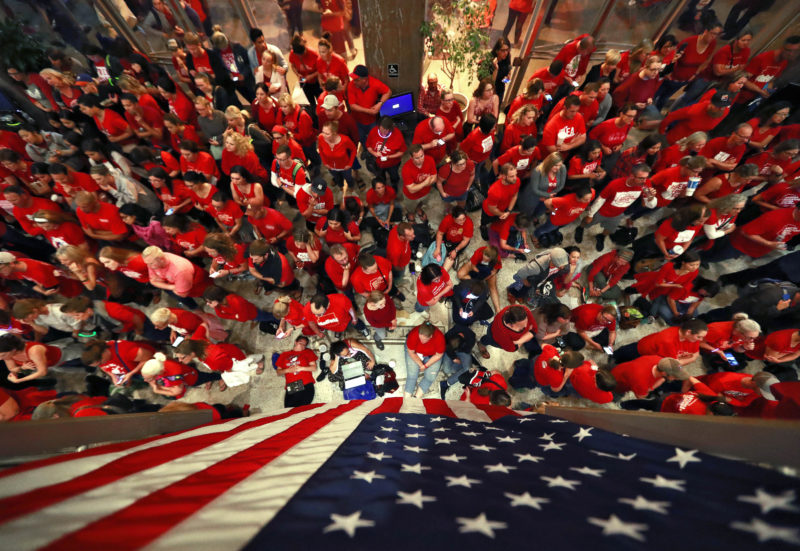 Educators across the nation have mobilized and organized in 2018, scoring impressive victories for their students and their profession. Lawmakers stood and listened - eventually and begrudgingly - in part because they realized that fighting for students and educators is a cause championed also by parents and the general public. The tired, misleading rhetoric of "blame teachers first" has clearly run its course.

Just look at the results from the new 2018 Phi Delta Kappan (PDK) Poll of the Public's Attitudes Toward the Public School.  Seventy-eight percent of public school parents (and 73 percent of the public) say they would support teachers in the own communities if they went on strike for higher pay. Two-thirds of Americans believe teacher salaries are too low. At a measly 6 percent, "teacher salaries are too high" barely registered.

"The results of this year’s PDK Poll are not surprising. The public understands and supports educators in West Virginia, Oklahoma, Arizona, Colorado and beyond. They are calling out those in power, demanding that they provide teachers with the resources we need to set students off toward a great future." 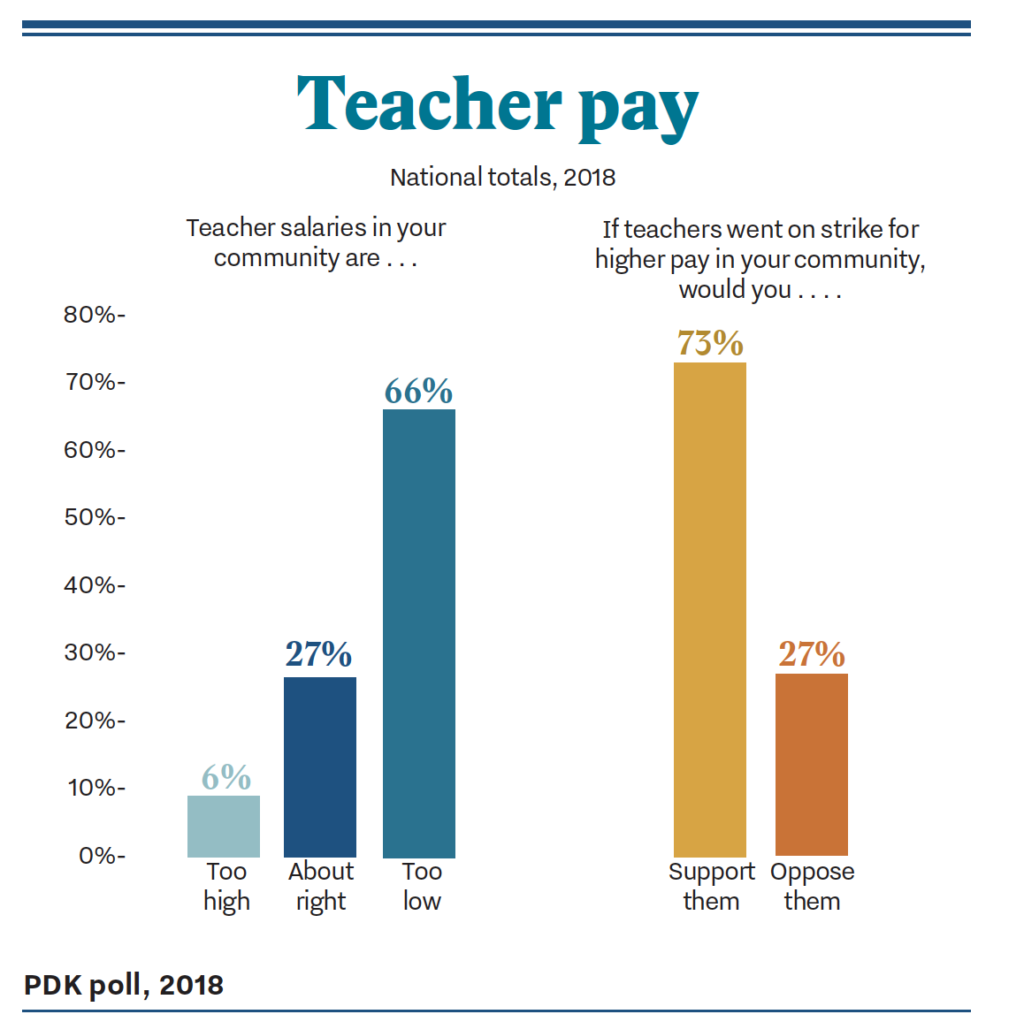 Policymakers would be well-advised to pay attention to the broad support the public is giving the nation's educators, added Joshua P. Starr, chief executive officer of PDK International.

“It’s striking that after a year of high-profile teacher walk-outs – from West Virginia and Kentucky to Oklahoma and Arizona – Americans strongly believe we aren’t paying teachers enough,” said Starr. PDK has surveyed the American public every year since 1969 to assess public opinion about public schools.

As in recent years, the PDK poll also found that inadequate school funding is the most often-cited problem facing public schools today.

Despite the remarkable level of support for teachers evident in the survey, low pay and benefits, along with other factors,  has taken its toll on the profession's allure.  For the first time since the poll was conducted, PDK found that a majority of Americans (54 percent) say they would not want their child to become a public school teacher.

"Low teacher pay comes at a very high cost. To recruit and retain talented teachers for the long-haul we have to pay them what they’re worth," said Eskelsen García. "In the end, it’s the students who pay the price for low teacher salaries.”

This year's poll also measured parents' attitudes toward school safety. Only 27 percent currently have confidence that their child's school is equipped to deter that sort of attack, and one-third are fearful for their child's safety, up dramatically over recent years.  In 2013, only 12 percent expressed these concerns.

Still, the proposal to arm teachers and staff has very low support. Sixty-seven percent of parents don't want their child in a classroom led by a teacher who has a firearm. High levels of support were found for mental health screening of all students (76 percent), armed police in schools (80 percent) and metal detectors (74 percent). Although when asked to prioritize school spending on security, 71 percent of parents opted for mental health services over armed guards (28 percent).

These results mirror a recent NEA survey of 1000 of its members conducted in March. Seven in ten said arming school personnel would be ineffective at preventing gun violence in schools and eight in ten said they would not carry a gun in school.

Here are some additional highlights from the 2018 PDK survey: