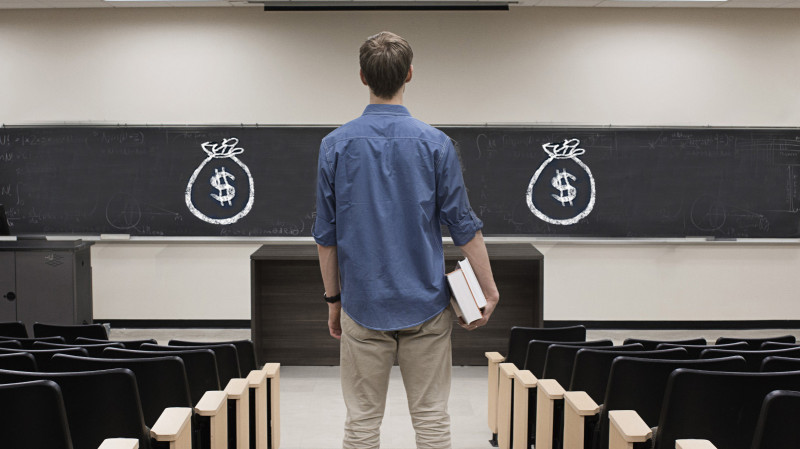 Between the falling profits and declining enrollments, not to mention the millions of dollars in federal penalties and hundreds of lawsuits filed, it’s been a rough year for the for-profit college industry.

Just within the past few weeks, the nation’s largest for-profit university, the University of Phoenix, has reported that its student enrollment is now half what it was five years ago; the New York City Department of Consumer Affairs has begun investigating four for-profit colleges over concerns around dropouts and student loan defaults; and, across the country, a group of former Corinthian College students is making headlines for their refusal to pay back the money they borrowed to fund their shoddy educations.

With New York Times editorialists proclaiming, “The Investment in For-Profit Colleges Isn’t Paying Off,” and Generation Progress asking, “Are We Nearing the End of an Era for For-Profits?” the shine on the for-profit college industry may be losing its luster, say higher-education industry watchers.

“It’s a mixed story,” said Pauline Abernathy, vice president of the Institute for College Access & Success. “Enrollment is certainly down more in the for-profit sector than other sectors. The for-profit colleges themselves will say that it’s in part because students are more price-sensitive and more averse to taking on debt.”

Nonetheless skepticism around the for-profit college industry has grown so that, in October, Grand Canyon University, a major for-profit with stagnant stock, told its shareholders that it may revert to non-profit status —a move that would save it millions in tax payments. “The stigma surrounding the for-profit industry — some of which is deserved, and some not — is real and it is not improving,” Chief Executive Officer Brian Mueller said in a statement.

Meanwhile, in September, a study by a Harvard team of researchers found that the “stigma” likely has infected the job market as well. In their study, which involved sending nearly 10,000 fake resumes to real hiring managers for real jobs, researchers reported that degree-holders from online for-profits were 22 percent less likely to get a “callback” than identical graduates of non-selective public colleges.

“I think people are catching on to the ways they spend their money, which more often than not is not good,” said Len Paolillo, a former member of the NEA Executive Committee, who teaches now at Bridgewater State University in Mass.

Many of the headwinds facing the for-profit industry these days have their source in the Obama administration, which has taken multiple actions to protect students and taxpayers. This week, it fined for-profit Corinthian College $30 million and late last year it wrote industry regulations aimed at curtailing industry abuses, especially predatory lending to veterans and low-income and minority students. Those regulations could eventually close the doors of for-profit schools where students have the highest student loan default rates.

Often, the problem is that graduates can’t get jobs, or at least decent jobs — last year, a U.S. Department of Education analysis found that 72 percent of for-profit graduates earn less than high-school dropouts. But very frequently the problem is that their students can’t even get degrees. A 2010 Education Trust report found that just 22 percent of full-time for-profit students actually graduates, compared to 55 percent at public institutions.

And, more often than not, taxpayers are picking up the bill for that second-rate education. While a federal law restricts for-profits to receiving no more than 90 percent of their funds from federal sources, like Pell Grants or student loans, Post-9/11 G.I. Bill money isn’t figured into that 90 percent. Last year, the DOE identified 133 for-profits that are almost completely subsidized by taxpayers, if veteran’s benefits are included. (The White House, with NEA's support, is pushing for veteran's benefits to be included in the 90 percent.)

The administration also has made it clear that it won’t tolerate the worst abusers. Last year, it cracked down on Corinthian Colleges, Inc., a large for-profit chain that includes Everest College campuses, forcing Corinthian to close or sell off some campuses. In September, the U.S. Consumer Financial Protection Bureau (CFPB) sued Corinthian, seeking more than $500 million for its student victims, and more than 200 lawsuits also have been filed in state courthouses. This week, the $30 million fine specifically follows evidence that Corinthian exaggerated job placement rates at its Heald College chain, in one case boasting of 100 percent job placement — but only after removing 60 percent of students from the calculation.

Meanwhile, a lawsuit also was filed this year in a federal court in Maryland against Laureate Education, a huge for-profit company that owns schools in more than 30 countries, including Walden University in the U.S. The suit, filed by a handful of Walden graduate students, alleges that the school has forced students to spend more money on tuition by purposefully dragging out their graduate education. In many of its countries, Laureate also has been criticized for spending on marketing, but not on academics.