Is Progress in Reducing School Suspensions in Jeopardy?

Most of the nation’s largest school districts are actively trying to reduce out-of-school suspensions, but a reversal of Obama-era guidelines could be coming in 2018. 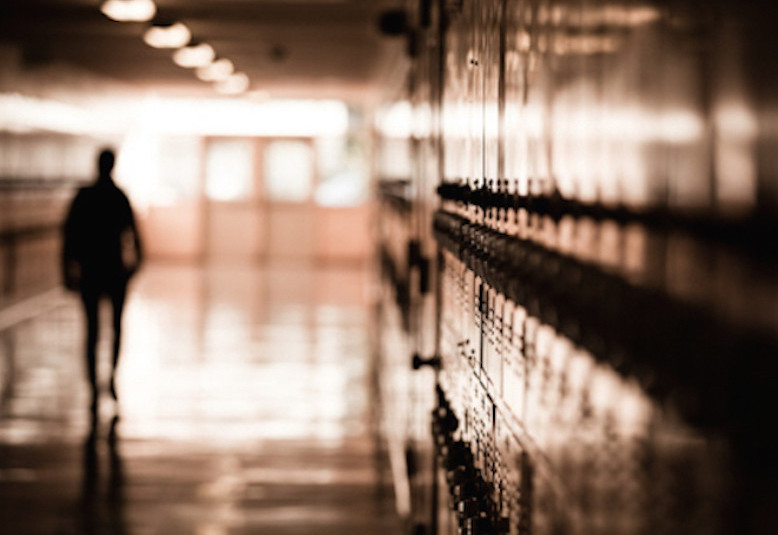 During the 1990s, many school districts adopted zero-tolerance disciplinary policies mandating suspensions for certain offenses, including cursing, shoving other students, and other minor infractions. It became evident that these practices unduly targeted students of color thereby widening the achievement gap and prematurely introducing minority students to the criminal justice system, according to panelists participating in a discussion at the Center for American Progress in Washington, D.C.

Under former President Barack Obama, the Department of Education in 2014 issued a 7,500-word “Dear Colleague” letter which made available a range of school climate and discipline resources. It also warned schools against racial discrimination in discipline. While some states and districts were already working to reduce suspensions, the letter inspired others to take measures to address discipline disparities.

“Positive school climates are created when every child feels like they belong there,” Murphy said.

Yet, in October, Secretary of Education Betsy DeVos signaled that she may rescind the Obama-era guidance.

“It will once again show that this Administration does not care about people of color,” Murphy said. “We are at risk at throwing away a unique opportunity.”

Panelist Bren Elliott, chief of equity at public schools in the District of Columbia, said the guidance from the Obama Administration was  “extremely helpful” in identifying strategies to build safer, inclusive schools. 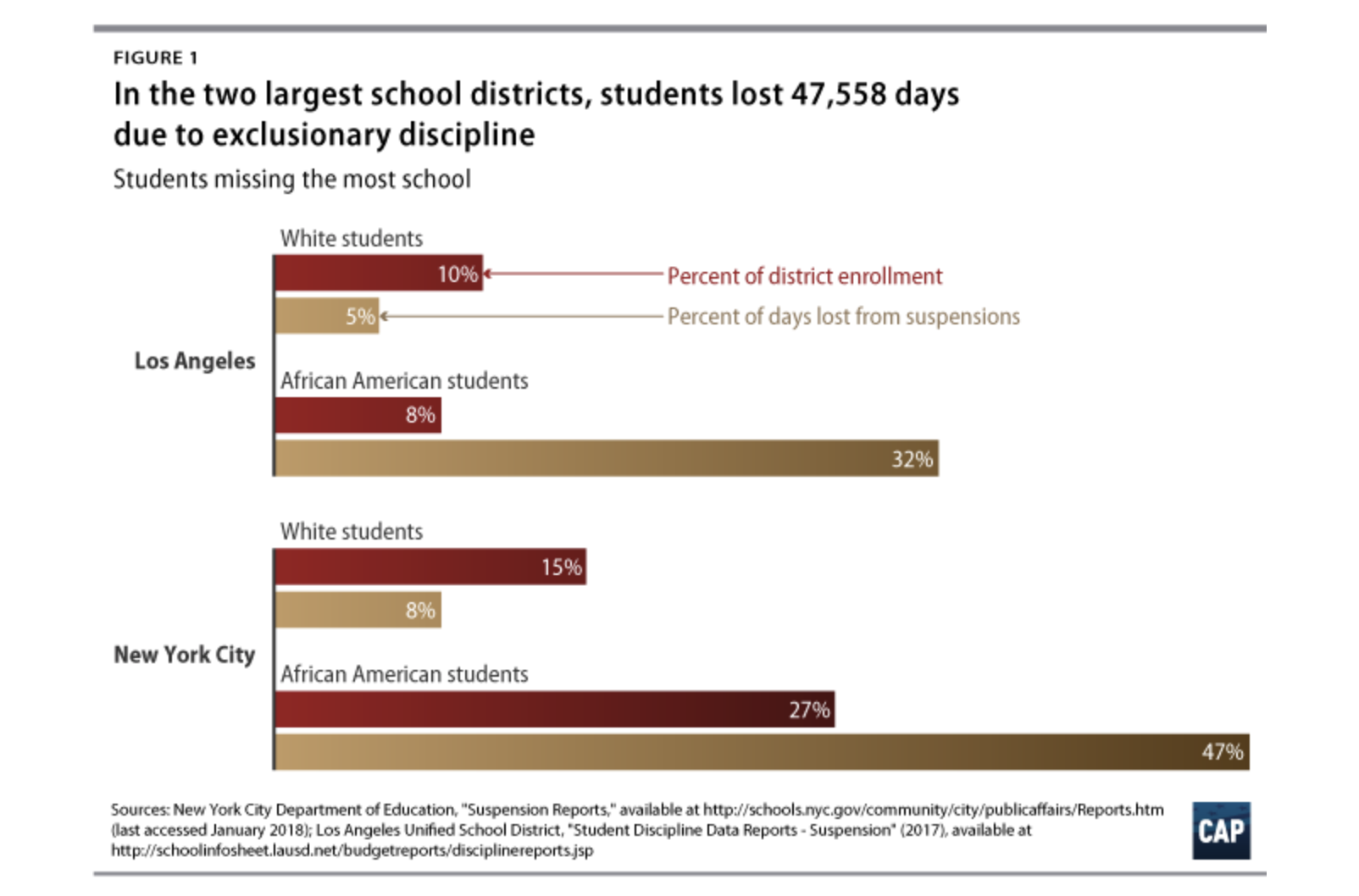 Source: The Center for American Progress

“Before, we were pulling at straws,” Elliott said. “It (guidance letter) pushed people to action.”

The Department of Education under Trump has declined to offer more details on its plan. In December, more than 50 members of Congress sent DeVos a letter opposing any changes to existing federal policy. Critics of the current policy guidelines contend that these measures have made schools less safe by preventing educators from disciplining students.

Panelist Abigail Gray, a researcher at the Consortium for Policy Research in Education at the University of Pennsylvania, said: “It’s important to think about how we got here and not demonize schools.”

Gray noted that zero-tolerance policies started decades ago amid rising fears of youth violence in many districts, including the use of guns.

“Research shows that children who are suspended do not change their behavior,” she said. “We also know there are more effective ways to manage discipline.”
The National Education Association and its members have been working hard for years to shut down the school-to-prison pipeline by providing educators with tools and training around alternatives to out-of-school suspensions, including restorative practices. Check out NEA’s guide to restorative practices.
Moderator Evan Stone, co-founder and co-CEO of Educators for Excellence said researchers, policy experts and practitioners should highlight ways to keep students in school, perhaps through in-house suspensions.

“We need our goals centered around academic progress,” he said. “How do we take more of an instructional approach?”

Gray said about half of the districts in the U.S. are starting to recognize the disproportionality of suspensions.

Currently, most of the nation’s largest school districts are actively trying to reduce out-of-school suspensions, while more than 25 states have passed legislation to accomplish the same goal. In the School District of Philadelphia, for example, Gray said school officials revised the code of suspension for non-violent behavior.

“When they restricted the use of suspensions, there were no ill effects,” she said. “Data shows that at those schools having a more collaborative climate, students had a significant lower suspension rate and higher rate of achievement on test scores.”

Panelists agreed that more plans are needed to minimize student conflict and misbehavior. Coaching in “restorative justice,” is another approach to conflict resolution that emphasizes talking through problems with students.

“We need to help them build social proficiency,” she said, and to become “more self-aware.”

One step toward achieving this goal is to train staff in understanding the impact of trauma on their lives, said Gray.