Under NCLB, special education students often lacked resources and were forced to take inappropriate standardized tests. Things are about to change. 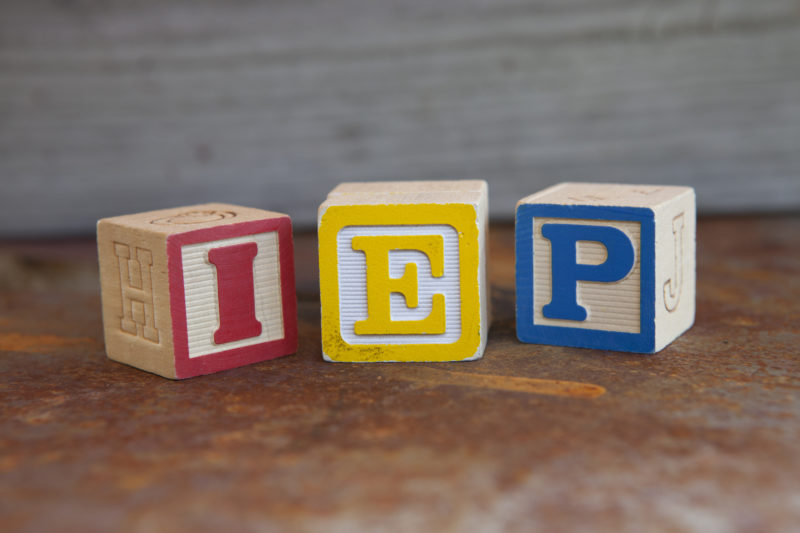 For years, in many school districts across the country, it wasn’t uncommon to hear stories about special education students lacking adequate resources. They might go months without textbooks. Or, if they had textbooks, they were decades old. Technology was scarce in some schools while in other places it was outright broken. Additionally, students with severe cognitive delays were expected to take a standardized test, regardless of the recommendations of their individualized education program (IEP).

With the implementation of the new federal education law, the Every Student Succeeds Act (ESSA), that’s about to change. “With ESSA, we get to be part of the conversation about what will be required of our students,” says Angela Waiters Jackson, a special education teacher for eight years, and now the president of the Guilford County Association of Educators in North Carolina. “Before we would just get whatever came along,” which was mostly brought on by No Child Left Behind.

Special education teachers are expected to see promising changes under ESSA, which reduces the federal government’s role over education policy and gives state and local authorities more control. The law also places less emphasis on testing, reduces the amount of schools labeled as “failing,” and gives educators a bigger opportunity to take make decisions based on the needs of their students and schools.

That’s music to Jackson’s ears. She’s seen firsthand the damage wrought by the old law’s requirements, especially in the area of standardized tests. “We were asking students to do things we knew we shouldn’t be asking them to do, but every student had to be tested,” says Jackson.

Florida served as an example of standardized testing at its worst. In 2014, NEA learned of Ethan Rediske. He had entered the Orange County Public School system at the age of three. By the time he hit the equivalency of third grade, he was required to take an adaptive version of Florida’s Comprehensive Assessment Test.

“Ethan suffered brain damage at birth,” said his mom, Andrea in 2014. "He was cortically blind, didn’t make any purposeful movement, had to be fed through a G-tube, had epilepsy, and a host of other medical issues.”

One-size-fits-all testing is not what special education teachers signed up to do, and asking our students with severe cognitive delays - and even students who are two or three grade levels below - to take a grade level test is inappropriate.

When she discovered her son had to take the standardized test she thought it was a joke, questioning the school district’s decision to test a child who couldn’t speak, see, or move.

For two years, Rediske was obligated to take the adaptive test. Questions on the test asked the boy, who had to be fed through a tube, about eating food. It asked him, whom was wheel-chaired bound, about walking and playing outside. His teachers had thought he would respond well to color, light, and touch. Instead, he was asked to look at black and white line pictures, which he couldn’t see or process.

Rediske died in 2014. Before his death, school officials were asking his family to show proof that he was too sick to take the standardized test. Andrea didn’t take it well, saying school officials were more concerned about their paperwork and policy than the needs of a dying child and his family. She decided to go public and share her family’s story.

The overuse and abuse of standardized testing has pushed many educators out of the profession, too.

Like others before her, Wendy Bradshaw a special education teacher in Florida made her resignation public last year when she posted her notice to Facebook, citing “…I have become more and more disturbed by the misguided reforms taking place which are robbing my students of a developmentally appropriate education. Developmentally appropriate practice is the bedrock upon which early childhood education best practices are based, and has decades of empirical support behind it. However, the new reforms not only disregard this research, they are actively forcing teachers to engage in practices which are not only ineffective but actively harmful to child development and the learning process.”

Jackson says, “One-size-fits-all testing is not what special education teachers signed up to do, and asking our students with severe cognitive delays - and even students who are two or three grade levels below -to take a grade level test is inappropriate.”

Jackson is hopeful her state will find a balance for determining what students know and what they can do. “Assessments should drive instruction and address student needs, and the multi-disciplinary IEP team is in the best position to make critical decisions of assessments and student achievement.”

ESSA will serve as a roadmap to help guide special education teachers in designing more personalized education program that will encourage students to be lifelong learners.

Here are key provisions in the law that affect students with disabilities:

• ESSA maintains the requirement to disaggregate key data about student progress, key to ensuring students, including students with disabilities, receive the supports they need.

• The statute recognizes that the multidisciplinary individualized education program (IEP) team—which includes parents—is in the best position to make critical decisions regarding the students’ academic, assessment, and social emotional needs. “Special education teachers will need to work closely with state teams to help determine the correct measure of what our students can do,” says Jackson.

• The law specifically mentions Specialized Instructional Support Personnel (SISPs), too, and includes them in a more intentional and strategic way. In addition to working with students with severe cognitive disabilities, SISPs can implement early intervention programs to help identify students who need specific support early on and help them transition into a general classroom.

• Students must have access to appropriate accommodations, such as the ability to use assistive technology, for assessments.

• ESSA places a cap of one percent of the total number of all students in the state that can be assessed using alternative assessments aligned to alternative academic achievement standards for students with significant cognitive disabilities. Previously, the one percent cap was applied to performance (advanced and proficient) levels and used for accountability purposes. Now, states will need to examine school districts that are putting too many students in alternative assessment plans.

NEA has long opposed any arbitrary percentage cap when assessing students with disabilities, and has proposed schools use whatever assessment process is most appropriate to each individual student.

• The new law acknowledges the right of parents and guardians to opt their children out of statewide academic assessments where state or local policies allow them to do so.