Restorative Practices in Schools Work ... But They Can Work Better

For programs to succeed, they must be comprehensive and be implemented strategically. And supporting educators every step of the way is critical. 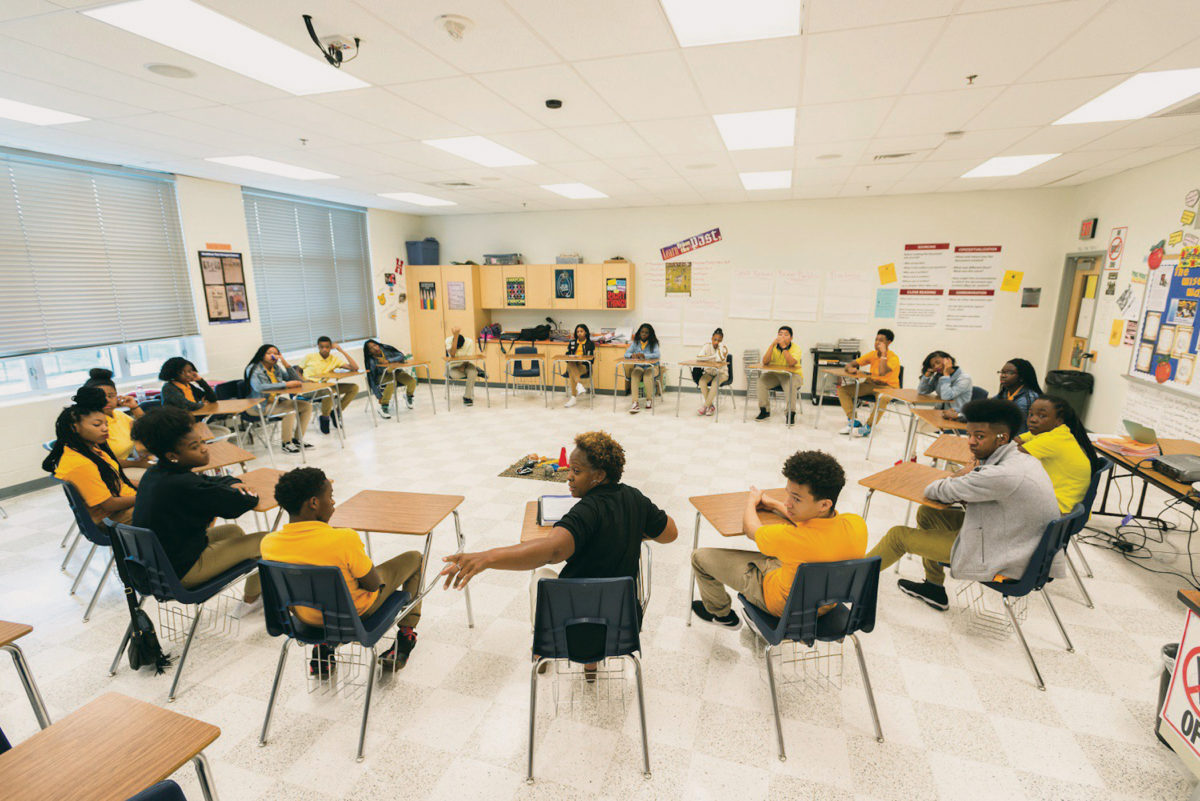 As the scrutiny over “zero tolerance” discipline policies has intensified over the past decade, more school districts across the country have been looking at alternatives. Alternatives that don't push out an excessive number of students, don't create wide racial disparity gaps, and that overall foster a more inclusive and constructive learning environment. To many, the answer has been restorative justice, an old concept but a relatively new one to U.S. schools.

As more districts shift away from exclusionary discipline, restorative practices have inevitably invited their own scrutiny. Does restorative justice in schools work? If so, where and in what ways? How can it improve? A new policy brief by the National Education Policy Center (NEPC) takes a look at the evidence so far.  Anne Gregory of Rutgers University and Katherine Evans of Eastern Mennonite University conclude that restorative justice in schools is playing a positive role, but schools must work hard to avoid the pitfalls that can blunt the programs' impact - usually the result of faulty design and implementation.

According to the NEPC brief, research shows that restorative justice programs have helped reduce exclusionary discipline and narrow the glaring racial disparities in how discipline is meted out in schools. The evidence is a bit more mixed or inconclusive on two other fronts: school climate and student development.

A program that singularly focuses on reducing suspension, Gregory says, will fall short in capturing the prevention-oriented and systemic reform goals of restorative justice.

We're at a critical juncture with how restorative practices are perceived, says Gregory. “We have to understand that for it to be successful it has be done in a comprehensive way. We're talking about whole school change. Not just in the classroom, but in the hallways, and the introduction of new instructional models,” she explains.

“Responsive Restorative Justice in Education (RJE) practices build accountability, promote social-emotional growth, and support positive behaviors in schools,” Gregory and Evans write. “However, if an RJE effort does not also address the need for preventative practices to transform school climate, the singular emphasis on behavior management may distort the initiative and preclude the opportunity to promote interconnectedness and well-being.”

Gregory and Evans identify a few of the “mis-implementation models” that can diminish the impact of a restorative justice program. These include top-down models that downplay collaborative decision-making among all stakeholders, teachers, and other school staff. They also caution against “Train and Hope” models, in which staff members are provided with one or two days of training with virtually no follow-up, coaching, or demonstration.

How Restorative Practices Work for Students and Educators

Classroom circles are just one of the restorative practices that Dora Moore’s educators have adopted over recent years. Many of their students also practice their conflict-resolution skills in “peace walks,” and get regular, positive feedback through daily, one-on-one check-ins with dedicated, full-time restorative practices specialists on their campuses.
Neglecting to explicitly address the role of institutional racial bias in our society (and schools) is another pitfall.

“History and race matter....A focus on individuals that ignores the structural racism undergirding policies and practices is ultimately not restorative at all,” the researchers write.

Instead, Gregory and Evans recommend that restorative justice initiatives encompass not only student behaviors, but also the behaviors of staff, pedagogical choices, and school policies.

Obviously this is not easy work, making a careful, strategic rollout essential. During the early stages, engaging not only enthusiastic supporters but also those who may be a bit more skeptical (or overworked, or both) will place the program on much firmer ground.

Even the most deliberative, well-executed rollout won't produce much in the long run if the commitment and resources to continually support the program don't exist.

“For many teachers, it may sound a little overwhelming,” says Gregory. “This can be a difficult subject to engage in. So support for every educator is critical. They can't feel like they've been abandoned.”