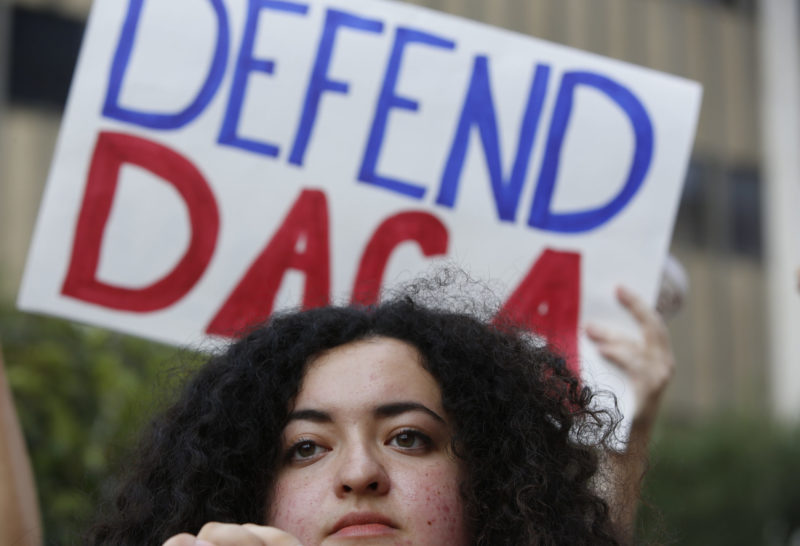 "This decision is immoral and un-American," Eskelsen Garcia said.  "It will turn lives upside down and lead to unprecedented peril. After meeting all of the requirements to live and work in the United States, they will face deportation and separation from their families and our communities. They will again face anxiety and uncertainty about their future, stripped of the ability to live normal lives."

The program, implemented in 2012 by the Obama administration, protects eligible youth from deportation for two years, subject to renewal, and provides them with a work authorization permit.
Take Action. In the wake of President Trump ending the DACA program, Congress must act swiftly to pass the DREAM Act of 2017, which provides a pathway to citizenship for DACA recipients and DREAMers.Urge Congress to Pass the DREAM Act
The NEA believes DACA has been a resounding success, making the nation’s immigration policy more fair and more efficient, and brightening the futures of the nearly 800,000 aspiring young Americans who live, study, and work in the United States.

The benefits extend to the U.S. economy. According to a recent analysis by the Center for American Progress, if DACA workers were to lose their status, more than $430 billion would be stripped from the U.S. gross domestic product over the ensuing decade.

Texas teacher Areli Zarate arrived in the United States with her family when she was 8 years old. After graduating from the University of Texas at Austin, she is now a DACAmented high school teacher. Thanks to DACA, Gema Hernandez is the first in her family to graduate from college. The creativity, talent, and contributions of people such as Zarate and Hernandez, should be embraced, says Eskelsen Garcia, not disregarded. While protecting DACA is essential, these young people deserve a longer-term solution.

In July, Dick Durbin of Illinois and Lindsey Graham of South Carolina introduced bipartisan legislation, the Dream Act of 2017, that would grant legal status and a path to citizenship for undocumented immigrants who were brought to the country as children. NEA is urging Congress to act now.

“Now more than ever, we need a permanent legislative solution to DACA so these young people have the certainty they deserve," said Eskelsen Garcia. "Congress should not wait 6 months to permanently fix this decision but instead act immediately to protect DACA recipients and Dreamers, and pass into law the bipartisan Dream Act of 2017.”