The School-to-Prison Pipeline: Time to Shut it Down

Suspensions and expulsions are doing more harm than good. Schools are getting better results by rejecting zero tolerance.

Years ago, James Duran didn’t think too much before suspending students who came to his office with stories of swearing at teachers, disrupting class, or even arriving late to school.

“I can tell you that I was suspending upwards of 300 kids a year. And I’ll tell you, I’ll admit it, that’s just what we did in schools. We suspended kids,” says Duran, the veteran dean of discipline at Skinner Middle School in Denver. “Looking back, it was a big cop-out. Basically it just gave kids permission not to be in school.”

Duran wasn’t the only one pushing kids out. In 2010, more than 3 million students were suspended from school, or double the level of suspensions in the 1970s. Meanwhile, more than a quarter-million were “referred” to police officers for misdemeanor tickets, very often for offenses that once would have elicited a stern talking-to. 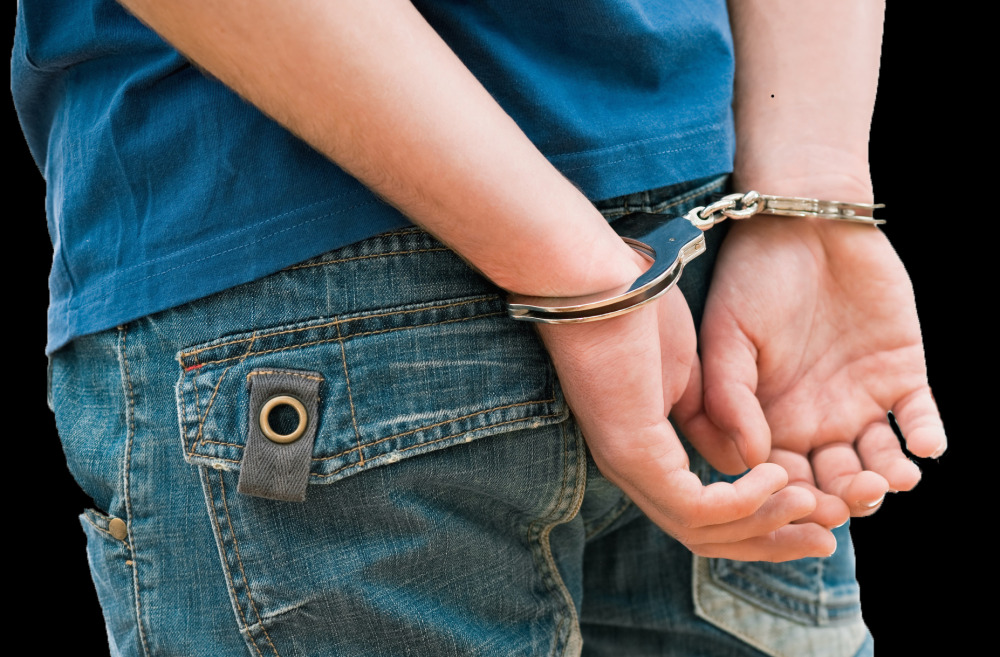 The practice of pushing kids out of school and toward the juvenile and criminal justice systems has become known as the “school-to-prison pipeline,” and in 2013, NEA members and leaders made a formal commitment to close it. Fueled by zero tolerance policies and the presence of police officers in schools, and made worse by school funding cuts that overburden counselors and high-stakes tests that stress teachers, these excessive practices have resulted in the suspensions, expulsions, and arrests of tens of millions of public school students, especially students of color and those with disabilities or who identify as LGBT.

For those students, it isn’t just an interruption in learning, although it’s definitely that, too—if they aren’t in school, they aren’t learning. A suspension can be life altering. It is the number-one predictor— more than poverty—of whether children will drop out of school, and walk down a road that includes greater likelihood of unemployment, reliance on social-welfare programs, and imprisonment.

“My eyes were opened by a young man I met who had spent 21 days in a juvenile detention center, basically for talking back in class,” says NEA Executive Committee member Kevin Gilbert. “As educators, we need to step back and look at our discipline structures. We need to make sure they’re going to help, not hurt students.”

Consider the Maryland 7-year-old who was suspended in 2013 for chewing his Pop-Tart into the shape of a gun. Or the Michigan senior expelled in October for forgetting the pocketknife in her purse. Or the seven North Carolina teenagers who were arrested and charged with “disorderly conduct” in 2013 for an end-of-the-year water balloon fight.

I was suspending upwards of 300 kids a year. And I’ll tell you, I’ll admit it, that’s just what we did in schools. We suspended kids. Looking back, it was a big cop-out.

Then there’s Patricia Cardenas—a Denver high school junior. She didn’t realize a warrant for her arrest had been issued when she was in middle school until she tried to get a driver’s license last year.

“I had a really difficult time in middle school. My parents were getting divorced, and we were moving, and I was just a train wreck. One day this girl showed up from high school, and she came after me,” says Cardenas. “When the cops came, this one teacher kept saying, ‘Give her a ticket, give her a ticket!’ I didn’t think he had given me one, but I guess he did.

“Looking back, I know that teacher didn’t like me, and honestly I think she was pushing me out,” says Cardenas, who is active with Padres Unidos, a Denver community group that fights the school-to-prison pipeline. “Today my first priority is school and I’ve gotten it together. But it didn’t used to be like that, and nobody asked me what was going on.”

According to the U.S. Department of Justice, which last year ordered school districts to respond to student misbehavior in “fair, non-discriminatory, and effective” ways, Black students are suspended and expelled at a rate three times greater than White students, while Black and Latino students account for 70 percent of police referrals. 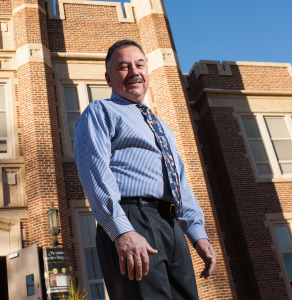 Also, students with disabilities are twice as likely to be suspended than their non-disabled peers, and LGBT students are 1.4 times more likely to face suspension than their straight peers. In Ohio, a Black child with an emotional disability was 17 times more likely to be suspended than a White, non-disabled peer. Combine these “risk factors,” and you’re talking about a child who might as well stay home.

“It’s crystal clear that Black students, especially boys, get it worse,” said Jacqui Greadington, chair of the NEA Black Caucus. “Studies have shown that a Black child, especially a male, is seen to be a bigger threat just because they are. They are. They exist.”

The Kirwan Institute blames “cultural deficit thinking,” which leads educators to “harbor negative assumptions about the ability, aspirations, and work ethic of these students—especially poor students of color—based on the assumption that they and their families do not value education.” These racist perceptions create a stereotype that students of color are disrespectful and disruptive, which zero tolerance policies exploit.

“I see it. I work in it. And I know it exists,” says Betsy Johnson, a Montgomery County, Md., middle school teacher who co-facilitates an NEA GPS Network community group about school-to-prison pipeline issues.

For Georgene Fountain, a Montgomery County, Md., teacher who authored the 2014 revisions to NEA’s formal policy on student discipline, which encourages the use of preventative discipline and rehabilitative measures, the wake-up call came from Michelle Alexander, author of The New Jim Crow: Mass Incarceration in the Age of Colorblindness.

In her 2012 book, Alexander points out that nearly one in three Black men will spend time in U.S. prisons. “When I [met Alexander] she looked me in the eyeballs and said, ‘What is your organization doing about this?’” recalls Fountain. 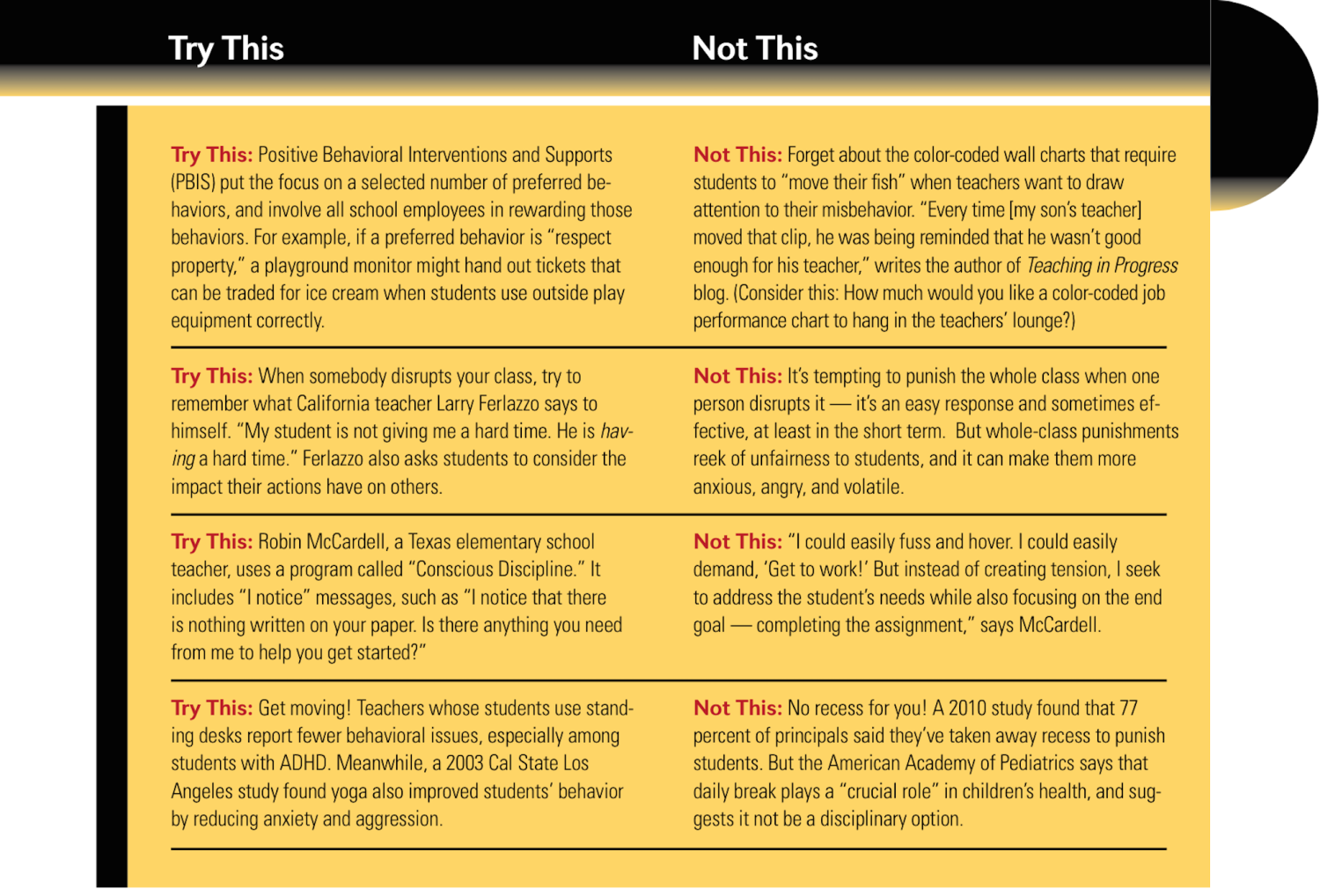 The School-to-Prison Pipeline: What NEA is Doing About It

In 2013, the NEA Representative Assembly, spurred by Fountain and others, committed NEA to end the school-to-prison pipeline. Since then, NEA leaders and members have helped raise awareness of the issue, shape district and state policies, and provide resources on restorative practices.

“With education resources being cut nationwide, many educators are so caught up in trying to do more with less,” says Gilbert, “and many are not aware that when they remove a student from the classroom, they may be unknowingly feeding the school-to-prison pipeline. We’ve got to make more educators aware and we’ve got to give them better tools and skills.”

In 2014, the Montgomery County Education Association and superintendent worked together on a new student code of conduct that minimizes suspensions and allows students to learn from their mistakes. Meanwhile, other districts have signed “memorandums of understanding” with local law enforcement agencies that keep minor offenders out of criminal courts. 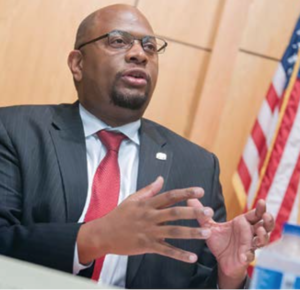 It’s clear that suspensions don’t really work. “They’re a way to get the kid out the classroom, but that’s a really short-sighted view because that kid is coming back,” says Daniel Kim, an organizer with Denver’s Padres Unidos, which helped win a 2013 Colorado law restricting use of suspensions and ex pulsions. (Since its passage, suspensions in Colorado have fallen by 25 percent, while school attendance and punctuality have improved by 30 percent.) Maryland also passed a similar law last year.

But it’s also clear that educators can’t just end suspensions and hope for the best. “We still have far too many situations where teachers are being assaulted, and it’s not taken seriously,” says Charlotte Hayer, president of the Richmond (Va.) Education Association. For teaching and learning to take place, schools must be safe and caring places, she adds.

To Hayer, the answers must include teacher training on cultural awareness and diversity. “You need to teach teachers how to build relationships with students who might not be like them,” she says.

Recently, many teachers have been getting the training they need through increasingly popular “restorative practices,” that help educators get to the root of disciplinary issues. Teachers using them often “circle up” with students when problems occur, which means having in-depth, facilitated conversations that force students to practice empathy and take responsibility for the way their actions affect others.

Last year, to help members master that process, NEA partnered with the Advancement Project, the Opportunity to Learn Campaign and the American Federation of Teachers to release a restorative practices toolkit. “Start by reflecting on your own practice, and what you do in your classroom,” urges Harry Lawson, associate director of NEA’s Human and Civil Rights department.

None of these answers are easy, acknowledges Sarah Biehl, of the Children’s Defense Fund-Ohio, and the solutions are made more complicated by issues around high-stakes testing and funding cuts. In California, the average school counselor has more than 1,016 students on his or her plate. Meanwhile, the year-long standardized testing frenzy that occurs in U.S. classrooms makes teachers anxious and stressed.

“Suspending a kid or sending them to the office is easy and quick. The things we’re asking schools to do in place of those things are not easy and quick,” Biehl says. “The answers are complicated, and I understand teachers need resources and tools to make these changes.”

It’s not easy or quick at Skinner Middle School anymore. This school year, James Duran has suspended just one kid. “Our approach is to keep the kids in, to do some kind of restorative approach, and maintain the attitude that ‘you’re going to school and you’re going to learn,’” he says.

Just the other day, a student came to his office after cursing his teacher in the most offensive ways. “I really did it this time,” the student announced. “You’re going to have to suspend me, right?” he asked.

But Duran just chuckled. To the student’s annoyance, Duran told him, “No, I am not suspending you. I’m keeping you here.”