As the Trump-DeVos privatization agenda is unveiled, it's clear that private school voucher programs fail students on every level.

Any lingering questions over how aggressively the Trump administration was going to pursue school privatization were answered on March 16 with the release of its FY2018-19 budget proposal. If approved by Congress, federal education programs will be slashed across the board, all to pay for an initial down payment of $1.4 billion this fiscal year on a national expansion of private school voucher programs. The eventual price tag for the program will be $20 billion annually.

It doesn't matter how their proponents try to disguise them - education savings accounts, tuition tax credits, opportunity scholarships - vouchers are destructive and misguided schemes that use taxpayer dollars to "experiment with our children’s education without any evidence of real, lasting positive results," says NEA President Lily Eskelsen García.

That was also the consensus of a panel of experts who convened recently at the Center for American Progress (CAP), a progressive think tank based in Washington D.C, to explore the implications of the Trump-DeVos privatization agenda. The discussion focused on three ways school vouchers pose a danger to the nation's most vulnerable students, which were identified by Senator Patty Murray (D-WA) in a memo to her Senate colleagues and summarized in her keynote remarks. 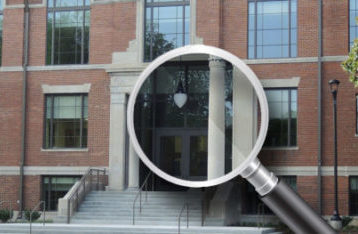 Strong accountability measures help prevent students from falling through the cracks.  "We fly blind without the information we need to make sure our students are succeeding," said Murray. "We strive to make accountability as effective as possible. Unfortunately that system breaks down completely when it comes to public money going to private schools."

Unlike public schools, private schools have almost complete autonomy with regard to how they operate: who they teach, what they teach, how they teach, how — if at all — they measure student achievement, how they manage their finances, and what they are required to disclose to parents and the public.

In addition to the financial fraud and abuse that some voucher programs have generated, students in these programs often end up doing worse academically. "We've seen real negative impacts on achievement," said Diane Whitmore Schanzenbach of the Brookings Institution.  Recent evaluations of voucher programs in Indiana, Louisiana and Ohio found that students attending private schools on a voucher scored worse than their public school counterparts on reading and math assessments. 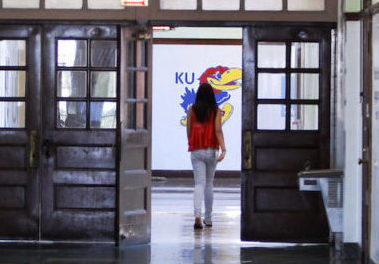 Anna Caudill, a parent of a special needs child in Tennessee, told the CAP audience that vouchers do give students a choice: "You can trade your child's federally-protected civil rights under the Individual with Disabilities Education Act (IDEA) for a one-time monetary amount to pay for private school tuition."

After her son fell too far behind academically in public school, Caudill looked for another option. Her family was offered an "Individualized Education Account," the state's version of a voucher. The Caudills would have received  $6,300 - as long as their son waived his rights under IDEA. They also would have had to re-enroll annually with no guarantees they would receive the same amount. And even with the voucher, Caudill's family still wouldn't have been able to afford full-time private school instruction.

The best solution is for Congress to fully fund IDEA, Caudill said.  "I believe in public schools. I believe that general and special education teachers with support from their districts and their states are the best equipped professionals to address the unique learning needs of students with disabilities."

Neena Chaudhry, Director of Education and Senior Counsel at the National Women’s Law Center pointed out that vouchers use taxpayer dollars to discriminate against many other vulnerable groups. "We see this regarding LGBT students and students of color especially," Chaudhry said.

Some voucher-funded, private religious schools in the South, for example, have explicitly anti-gay policies. And a recent study from the Century Foundation found that voucher programs actually increase racial segregation. Some states have expanded eligibility to include more higher-income families, who are more likely to be able to take advantage of the voucher. "Vouchers can be used as tools of white flight," Chaudhry explained.

Accountability is critical because "allowing private schools to operate in the dark will only exacerbate these problems." Even under a new national voucher program, states can find ways to skirt federal civil rights protections. In fact, Chaudhry warned, members of Congress may design the legislation to make that easier.

Vouchers Leave Communities and Students Behind 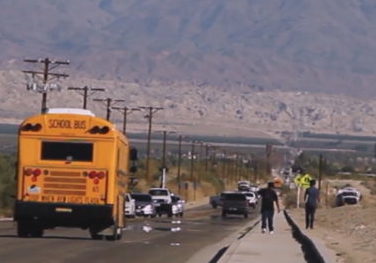 In many remote areas of the country, private schools are simply not an option. An expansion of vouchers nationwide, Senator Murray said, could "devastate rural schools." She cited the example of the tiny community of Plevna, Montana, where the closest non-boarding private achool is 240 miles away. "If funding is diverted to private schools, not only would the school in Plevna sever, its students wouldn't even be able to access the private school that are receiving public funds," Murray explained.

Cassia County School District in south central Idaho has 17 schools but is still located in a remote area. "Our biggest challenge is funding," said Superintendent Gaylen Smyer, "We have a hard time finding qualified teachers and bringing in new opportunities for students so they can compete after they graduate. Vouchers are not going to help. If anything, I think they would just undermine our public schools."

Is there a demand for vouchers in Idaho? "I'm not seeing it," Smyer said. "Geographic distances pose a challenge for private schools to be set up and parents aren't willing to transport their children a long way to a private school. So there's no demand for vouchers in south central Idaho. Our focus is on improving all schools for all our students."

Senator Murray calls the Trump-DeVos privatization agenda a "false choice," because it leaves out the best option for students: strong, well-funded public schools in their own neighborhood. "Public schools by definition are open and inclusionary and many students thrive in their neighborhood schools," Murray said.

But the federal government must make the proper investments and "ensure that the states are creating strong accountability and improvement mechanisms so that groups of students previously denied access to an equitable education do not fall through the cracks once again."

Take Action: Oppose private school vouchers. Tell Congress to invest in strong and inclusive public schools that ensure all students have the opportunity to succeed, regardless of ZIP code.