As Schools Close, Educators Move Quickly To Assist Every Student

Ashley Wallace,  a seventh-grade humanities and theater arts teacher at United for Success Academy in Oakland, Calif., is no stranger to pandemics. While living in New York City in 2009, she endured the Swine Flu scare. Because of that experience “I had a feeling a closure was coming” due to the coronavirus, she says.

“We were scrambling last Friday when we had about a 5-hour notice that we weren't going back on Monday and trying to get computers to students and make sure they had access was tough,” says Wallace. “But like everyone in education, we persevere.”

Over the years, the city of Oakland has seen its fair share of budget cuts that reach into the millions of dollars, limiting resources that are critical to student success. But with planning, grit, and grind, here’s what Wallace and her colleagues at United for Success Academy accomplished in four hours:

• Food. The staff ensured students had access to food on Day One of the school closing and practiced social distancing to keep kids safe. “That was our top priority,” says Wallace.

• Access to information. Despite the multiple languages spoken (Mum, English, Spanish, Togan, Arabic, Korean, Mandarin, and a few others too), and with very few translators, educators called more than 350 students and their families to make sure they understood what was happening and to reinforce key points: keep kids at home, where to get food, and what to do in case someone falls ill.

• Technology. Staff determined the home technology needs of students and whether they had a computer, phone, and access to the internet. Educators also took advantage of online tools, such as Google Classroom and Zoom. Students without computers were loaned Chromebooks, and as for the internet, in the Bay Area, companies are offering it for free to low-income families.

For Wallace, the first day of distance learning went better than expected. “More of our kids are actually attending than I thought would, and it seems that English and Math are easier to do via Google Classrooms. Science is harder, especially with the Foss curriculum system,” a hands-on science program.

She adds, “With more time, America could be ready with digital [emergency] plans, but I know we aren't currently at our best.”

While educators in Oakland were quick to mobilize and provide most of the resources their students needed, other schools struggle with learning continuity plans. A main challenge: digital access. 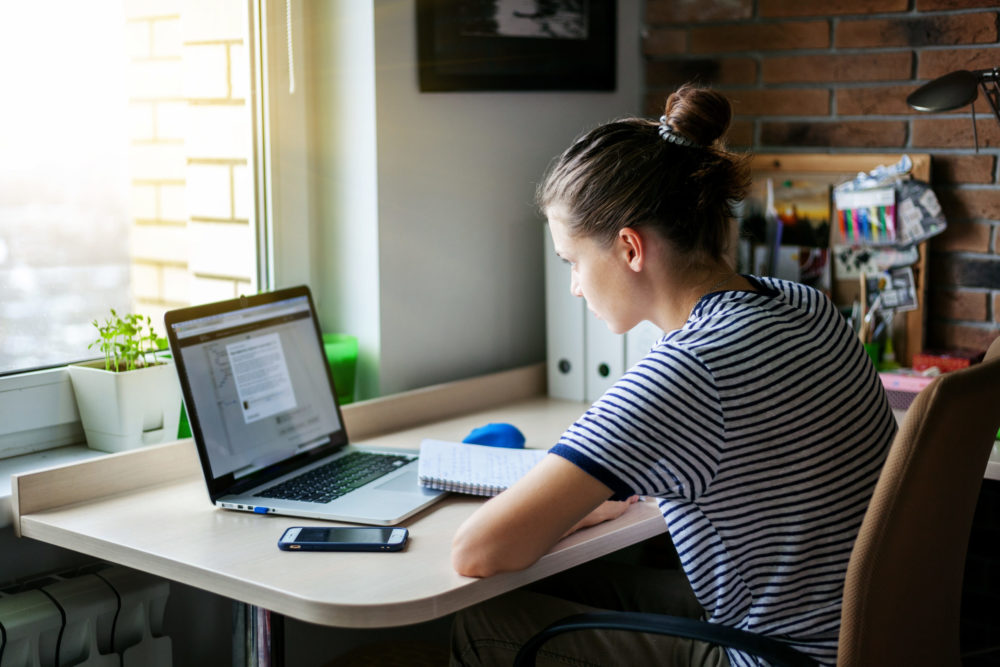 Corey Williams, a federal lobbyist for the National Education Association, thinks that number is much higher.

“The statistics vary widely about how many kids experience the homework gap, those who go home after school and don’t have access to the internet. In some instances, we’ve calculated at approximately 12 million, but it’s really difficult to know exact numbers,” Williams explains. “What we do know is that it was already inequitable and unfair to many children when school was in session, and now that schools are closed, we need to work quickly to level the playing field.”

We’re hoping the powers that be are paying attention to what’s happening right now and work to banish these inequities that are occurring and preventing our children from being the best they can be." - Margaret Powell, West Cary Middle School

Already, more than 70 percent of educators assign schoolwork requiring the internet, which leaves many low-income and rural students at an educational and technological disadvantage.

And the coronavirus has just made things worse.

This is one of the reasons why NEA, as part of the Education and Library Networks Coalition (EdLiNC), has urged the chairman of the Federal Communications Commission to implement emergency measures to make changes to E-rate programs, which since 1996 has expanded internet access to the nation’s schools and libraries.

These changes would allow school officials to buy wi-fi hot spots and equip their existing equipment with wi-fi if it already doesn’t have it, ensuring all K-12 students have adequate home internet connectivity if their schools close.

“This program has been around for a long time and has been successful,” says Williams, “which is why we’ve really worked hard to protect it.”

Approximately $2 billion has been used from the program's $4 billion cap, leaving up to $2 billion to schools for wi-fi hotspots, adding wi-fi to existing devices sent home with students.

This would be a much-needed boost for many students and educators in North Carolina.

Margaret Powell, a data manager at West Cary Middle School in North Carolina, understands the need for broadband in rural communities. Prior to moving to the largest school districts in the state, she worked in Northampton County Schools, located in a rural community.

In Wake, which has more than 150,000 students, educators, students and their families are in a holding pattern until the district provides more guidance. But teachers are not waiting.

On a recent Sunday night, Powell made some phone calls to association leaders in rural districts.

“Churches have these big spaces that sit empty during the week,” she explains, “and they have wi-fi access to service hotspots for students in rural areas.”

So far, five pastors from decent-sized churches have offered a space where students could practice social distancing, but still take their device (personal or district-provided) to the church for an hour or two out of the day to access online material.

“We’re hoping the powers that be are paying attention to what’s happening right now and work to banish these inequities that are occurring and preventing our children from being the best they can be and seeing their dreams come to realization,” says Powell. 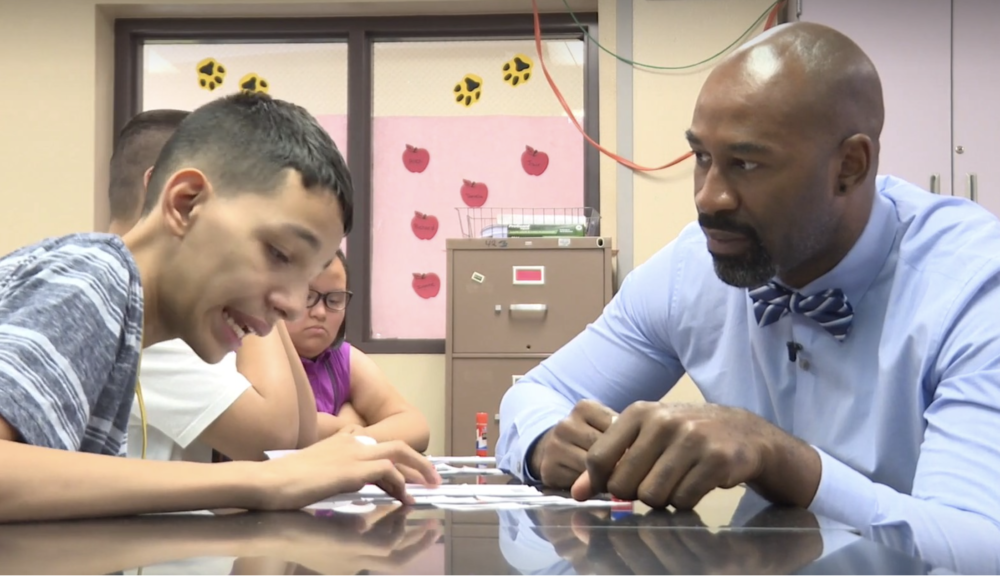 "I just don’t see a way my students will learn without having that one-on-one attention," says Kareem Neal.

While plans are in place to keep students engaged in schoolwork, truth be told, most educators are in a holding pattern until school districts figure out how to service every student, including students with IEPs or 504 plans.

This is where equity issues get “tricky,” says Arizona’s Kareem Neal, a special education teacher at Maryvale High School and the 2019 state teacher of the year.

Arizona’s state superintendent and the governor announced over the weekend that all schools would close for two weeks. Neal’s school district, the Phoenix Union High School, is in the process of transitioning to online learning until schools re-open.

“They’re training us as it would all be the same, but they’re telling us there may be differences with special education students, particularly for classrooms like mine,” says Neal, who teaches 14 students who have mild intellectual disabilities in a self-contained classroom.

Phoenix administrators have talked about personal laptops and access to internet. “However, my students won’t be able to learn that way,” he says.

For now, his best hope is to have individual calls with individual students, but he worries that “if we can’t teach students in person, I don’t see how any learning is going to get done.”

In the meantime, Neal is following protocol and preparing for distance learning despite not knowing what the district will come up for him and the other educators who help him in the classroom.

If Neal could have it his way, he would go into his classroom and have one student at a time meet him for a half-hour or an hour throughout the day. This would establish limited contact and maintain a group of less than four people: teacher, paraeducator, student, and parent.

“I think we would get a lot done that way,” says Neal, who worries about his students not being in a classroom setting. “I just don’t see a way my students will learn without having that one-on-one attention…so in any situation where administrators are saying, ‘No, you have to be some place virtually’ is bad for my students; it’s not going to work.”

Another concern for Neal is to not have the support from other educators. Neal relies on three paraeducators to help teach his students. With distance learning, where does that leave them, he questions.

“That’s a scary thought for a classroom like mine,” he says. “I need more than just me and I’m trying to talk to anyone who listens that if we go to online teaching, I’m going to need support from a paraeducator to help cover more students.” 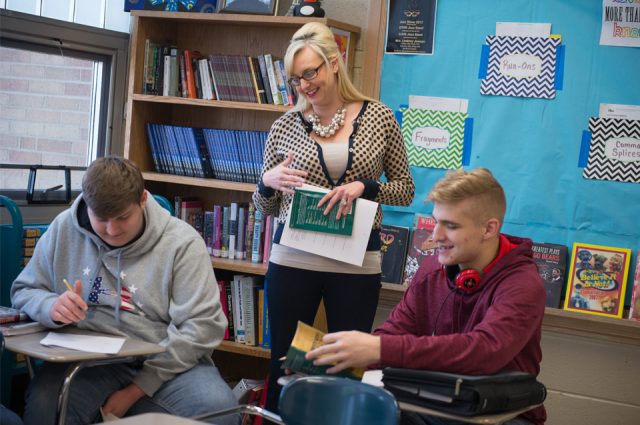 “I teach AP English to seniors and they are obviously and rightfully concerned over their upcoming AP exams," says Lindsey Jensen.

Fear of the Unknown

COVID-19 has certainly placed everyone in unchartered territory, says Lindsey Jensen, a high school English teacher at Dwight High School in Illinois and 2018 state teacher of the year. Jensen teaches an hour south of Chicago in a small, rural school district, and has planned for what her district calls “E-learning” days.

Jensen was ready. She had been working on podcasts with her students prior to the coronavirus pandemic, and when school officials and educators decided to switch to online learning, she prepared her students by asking them to pick a podcast, listen to it, fill out a reflection sheet, and start an online conversation with her.

Her district was ready, too. Last year, educators had some distance learning practice through snow days, and while they weren’t received well by students and parents, they did walk away with some learning lessons: the communication of the rollout must be clear and concise, with consistent expectations.

But Jensen's main worry centers on the other opportunities her students will miss because of school closures.

“I teach AP English to seniors and they are obviously and rightfully concerned over upcoming AP exams, which gives them a chance at college credit,” Jensen says. “I’ve started to have conversations with administration that if work cancels indefinitely, I need to figure out how to support them.”

Jensen’s heart goes out to her seniors. Not only is she, as well as her students, concerned about academics, GPAs, and how students will showcase their work as they apply to colleges, but what about the other milestones that go with senior year: prom, school trips, and graduation.

“I question how that’s going to impact their futures as they’re riding on these last few months to showcase their strengths and talents when they apply for college and decide what they’re doing with the rest of their lives. It’s stressful.”

From Ashley Wallace in California and Margaret Powell  in North Carolina to Kareem Neil in Arizona and Lindsey Jensen in Illinois, the overall feeling is that the next few months are going to be extremely challenging, with or without technology. The main takeaway from the group of educators is keep kids safe and fed.

“The country is so frightened right now, and as we all grapple with the unknown and think about moving forward, let’s give everyone some grace, teachers included,” says Jensen. “Aside from everything else, we’re also heartbroken and missing our students.”

Jensen questions with emotion whether she’ll see her senior students again. “Those are real things we’re struggling with as well.”