The Secrets to Better Sleep

A good night’s sleep can be harder to come by as we age, but it’s never too late to establish healthy sleep patterns. 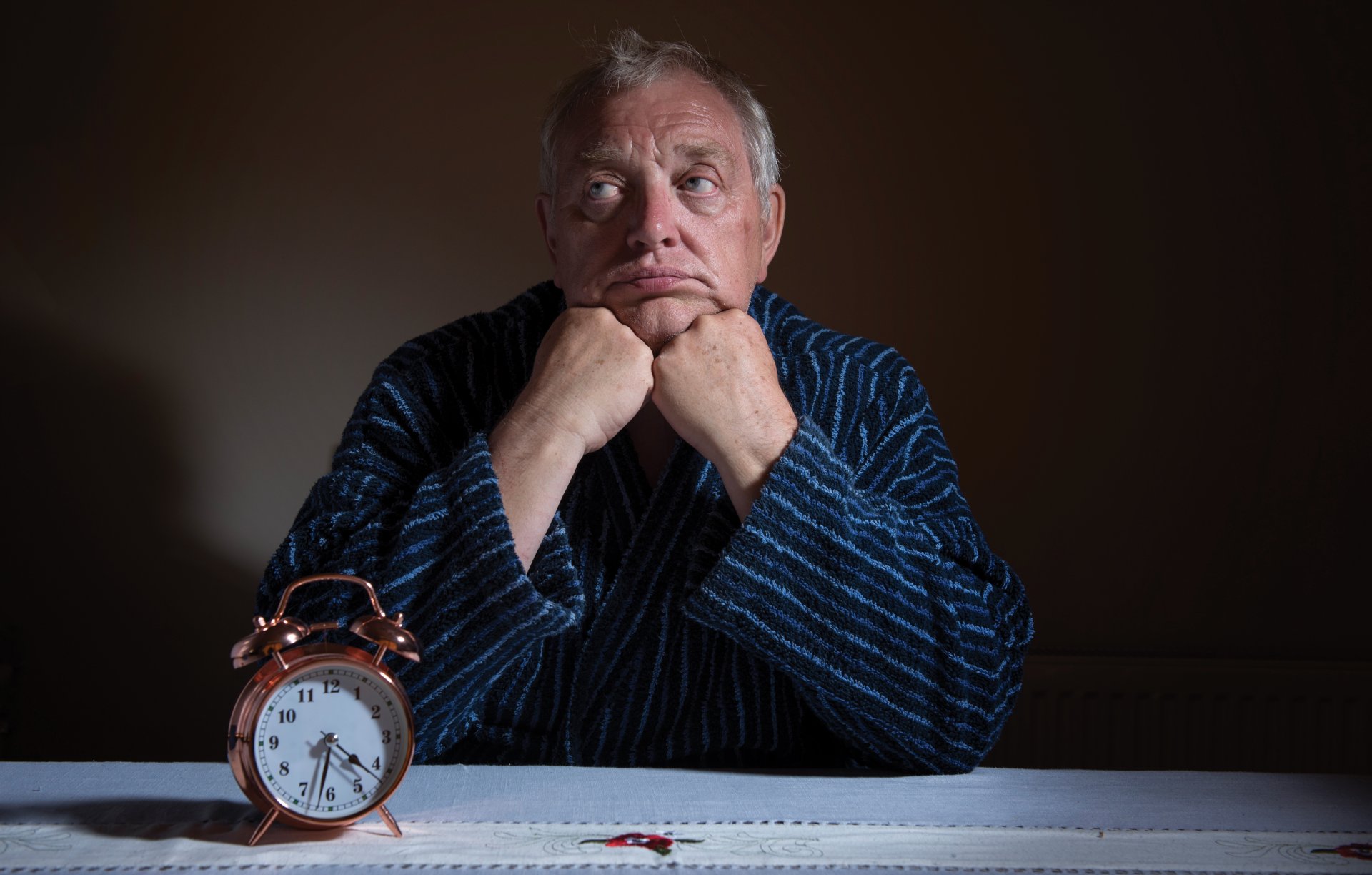 Katri Hakes was exhausted. On this fall day, she had entertained her three young grandchildren for 12 hours and was looking forward to a restful sleep. So in the evening, she said goodnight to her husband and headed to bed early.

But just after midnight, a puzzling but familiar pattern began. She was suddenly wide awake and unable to go back to sleep. None of the relaxation techniques she had learned were helping, so she gave in and headed to another room to watch television for a few hours, knowing she’d be tired the next day.

“It’s a pattern that began in my late 50’s. I rarely had trouble getting to sleep or staying asleep. After three or four hours, I wake up, my mind races, and I just can’t get back to sleep,” she says.

For Hakes, who spent 15 years as a busy classroom aide and bus driver for Paradise Valley Unified School District, in Phoenix, the problem is perplexing. She has few worries, exercises regularly, and follows routines that promote good sleep.

But she isn’t alone.

“There are certain changes in sleep that seem to occur as a normal part of aging,” says Adam Spira, a Johns Hopkins University sleep researcher. “There are many other factors that can negatively affect sleep as we age, many of which are under our control.”

A combination of brain changes, health conditions, medications, and personal habits all contribute to poor sleep in older adults, interweaving and fueling each other in a cyclical web, he says.

About 44 percent of older adults suffer from insomnia, which the American Academy of Sleep Medicine says includes difficulty going to sleep, poor sleep quality, or, as in Hakes’ case, inexplicably waking up.

“It’s a primary health problem for older people,” says Michael V. Vitiello, a sleep researcher at the University of Washington, in Seattle. In a 2009 study, Vitiello and colleagues found that 57 percent of older adults have “significant sleep disruption.”

Spira says there are puzzling changes to older people’s circadian rhythms, the internal background clock that tracks the 24-hour day and guides certain physiological patterns, including sleep. Older adults generally require less sleep, become tired earlier at night, and wake up earlier in the morning—the opposite of teens, who shift to later and longer periods of sleep.

According to Vitiello’s research, a change in the delicate balance between those rhythms and the “homeostatic sleep drive”—which diminishes our wakefulness throughout the day and pushes us toward sleep—may also be responsible for the waking problem that Hakes describes.

“There isn’t much you can do about those changes,  that shift the timing. As long as you are getting six to eight hours, you should be fine,” Vitiello says. Older adults also spend more time in rapid eye movement sleep—a lighter sleep cycle when people dream the most and it’s easier to be awakened, he adds.

A host of health issues can lead to poor sleep as well, such as arthritis, sleep apnea, and restless legs, as well as anxiety and depression.

Well-known personal habits can interfere with sleep as well, such as drinking caffeine and alcohol excessively or late in the day, overeating, smoking, and insufficient exercise or sunlight exposure. Retirement can disrupt a lot of these patterns, often changing the way people eat, drink, and sleep.

Watching television or being on the internet close to bedtime can also cause sleep issues. “Blue screens are generally bad because the activity is stimulating, but also because the light itself is problematic,” he says. The blue light can delay the release of sleep-inducing melatonin, increase alertness, and disrupt circadian rhythms.

Simply choosing appropriate evening activities and keeping a regular sleep schedule are key ways to improve sleep, Vitiello says. Hakes says she finds a nap of about 20 minutes helps, but Vitiello cautions that while a short nap is fine, excessive daytime sleeping can cause problems.

A host of sleep medications are available, however, Vitiello notes that some become habit-forming and have side effects—or may mask a problem that could be resolved. Doctors often recommend taking melatonin, because the hormone occurs naturally in our bodies, but the correct dosage is important to avoid daytime fatigue. Vitiello believes some people with sleep issues can also benefit from cognitive behavior therapy—a form of short-term talk therapy in which clients learn to recognize challenging situations and respond to them more effectively.

Spira points out that causes of poor sleep are often related, so they interact and feed off each other.

“There is often a very frustrating cycle,” Spira says.

But there is hope. According to Spira, sleep can improve dramatically if we change our habits and stick to a good schedule.

Hakes has taken that advice and intends to keep working on the problem. She walks over 60 miles weekly, is careful about nighttime routines, and doesn’t fight the urge to go to bed early. She is also participating in a sleep study where professionals help spot a range of nighttime problems.

“I never had a bit of trouble sleeping, and when this started, I would get really frustrated. Of course, getting upset in the middle of the night didn’t help,” she says. “For the last couple of years, I’ve pretty much accepted my sleep patterns and resolved to find out more about it … and appreciate the nights when I sleep really well.”

For helpful information and tips on how to sleep better, visit SleepFoundation.org.

To track and improve your sleep habits, try mobile apps such as Sleepio (free) and Sleep Cycle (free with in-app purchases), available in the App Store or on Google Play.

For authoritative advice about over-the-counter and prescription sleep aids, go to MayoClinic.org and search “sleep aides.”