Now is the time to make sure sex ed is taught sensitively, thoughtfully, and comprehensively in every school in our country. 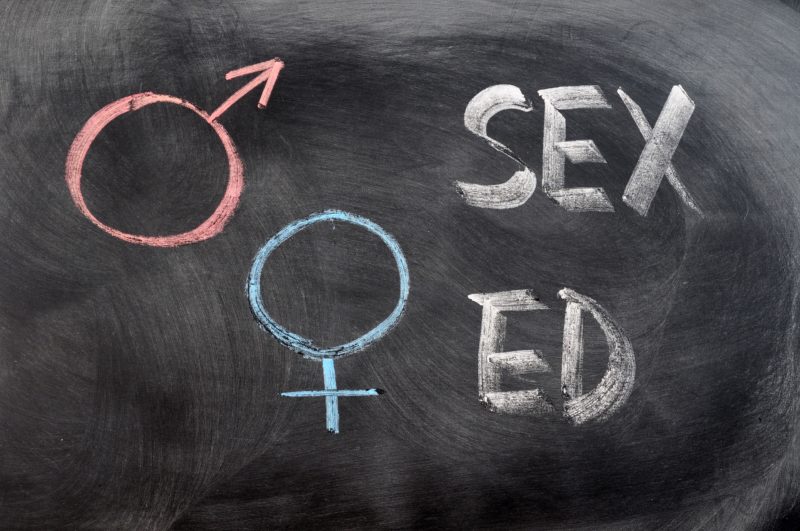 Despite the prickly challenges it presents, sex education has always been an issue that many educators have championed, perhaps even more so now as the #MeToo movement has forced the nation to confront the pervasiveness of sexual assault in our society. Young people are also inundated with increasingly confusing messages.

“The world is changing so quickly. They are getting a barrage of information about gender and relationships and how they are supposed to act and not act,” says Leslie Kantor, vice president of education at Planned Parenthood, who was on a panel responsible for creating widely accepted standards for sex education. “Unfortunately, too much of it is confusing and not helpful, so we need good comprehensive information about these issues.”

She and other experts say educators should actively support effective sex education in a number of ways – by teaching sex education and addressing related issues in the classroom, advocating for strong programs district wide and by supporting students who are increasingly seeking straightforward information.

tn 2017, The National Education Association recommitted its support for “sensitive” sex education programs taught by well trained educators who thoughtfully involve parents and give “careful attention to developmental needs, appropriateness to community settings and values, and respect for individual differences”.

Some schools are modeling their initiatives after a comprehensive, cutting-edge curriculum that educators in San Francisco schools developed for all of the district’s some 57,000 students, which now more thoroughly addresses critical issues involving consent and sexual preference, according to Christopher Pepper, a health educator who helped author the curriculum and teaches sex education in the district and advocates for it nationwide.

“In the wake of recent sexual harassment scandals, many schools and communities are examining how they talk about consent and healthy relationships. Health class is the perfect venue for those conversations, and now is the time to make sure sex ed is taught sensitively, thoughtfully, and comprehensively in every school in our country,” explains Pepper. “Teachers shouldn’t be shy about this.”

The State of Sex Ed

Research has found that nearly all students receive some sort of sex education, but the subject matter often varies, particularly regarding issues of abstinence and gender.

Some states and districts require “abstinence only” (now sometimes called “sex risk avoidance) philosophy be taught, while others cover issues helpful to the estimated half of students who may be sexually active.

Few states address consent and healthy relationships, according to a new analysis by the Center for American Progress.

"According to state laws and education standards, only 10 states and the District of Columbia mention the terms 'healthy relationships,' 'sexual assault,' or 'consent' in their sex education programs,"  write Sarah Shapiro and Catherine Brown. "This means that the majority of U.S. public school students do not receive instruction through their state’s sex education program on how to identify healthy and unhealthy relationship behaviors." 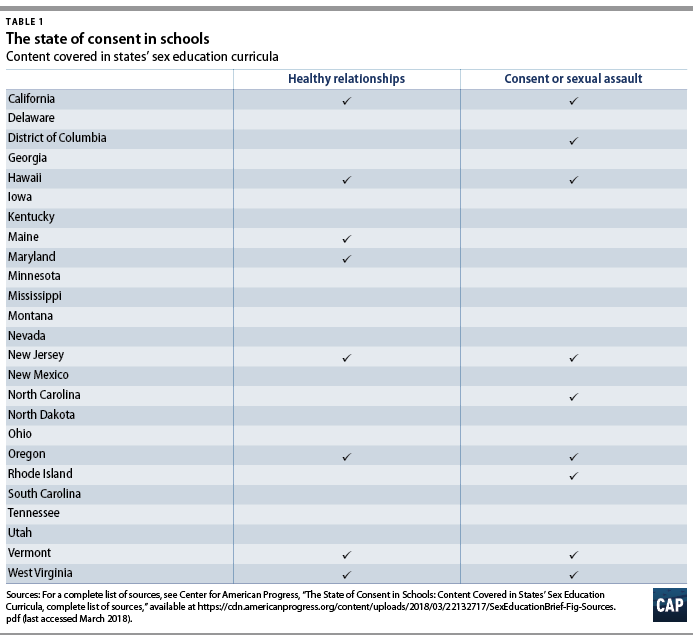 Representatives of NEA served with Kantor on that panel that worked in 2012 to develop Future of Sex Education (FOSE) standards that are used to guide policy in 41 states, according to Nicole Cushman, executive director of Answer, a Rutgers University-based sex education resource that was one of three key sponsors of the FOSE effort. The standards have been supplemented with a variety of resources, including standards for teacher preparation and tools that can help educators develop or map their systems and find research supporting its recommendations. Kantor says they will be updated this year.

Jessica Sales, a professor of behavioral science and health education at Emory University who authored a report last spring that reviewed the latest research on sex education, says she is encouraged by political activism related to consent and assault, and by the youth empowerment, but worries that the Trump administration’s priorities in its budget and appointments to key posts favor a more restrictive approach.

The San Francisco sex education program, which is being copied throughout California and in other regions, establishes sex education at every level, beginning in elementary school where it cvers topics such as touching and puberty, and in middle school where it uses a “Healthy Me. Healthy Us." curriculum that addresses topics such as birth control, sexual harassment, personal boundaries and LBGTQ issues.

Pepper says a popular high school “Be Real. Be Ready.” curriculum with 26 lessons is delivered to ninth graders, focusing on ways to be “shame free and non-judgmental” while offering “developmentally appropriate information about health, sexuality and relationships at every stage of their lives."

Pepper notes that the district’s initiative also requires wellness center in each school where students can get information and support.

Health class is the perfect venue for those conversations, and now is the time to make sure sex ed is taught sensitively, thoughtfully, and comprehensively in every school in our country,” he says. “Teachers shouldn’t be shy about this.”-  Christopher Pepper, health educator

On the east coast, Michelle Rawcliffe teaches sex education to about 400 middle schoolers in the quiet little town of Woodstock, CT. She has found that students, parents and others in the community now understand the need for this material, and have urged her to cover controversial topics such as condom use, safe sex and issues of gender identification.

“I’ve found I can use family and the community as resources and then serve as a resource to them.” she says, noting that a health advisory council with adults and students has been very valuable.

“Having parents and families talking about these topics and working alongside the schools sends a much louder message and has an even bigger impact on the student,” she adds.  (Kantor notes research now shows parents overwhelmingly want sex education for their children)

Rawcliffe, who has been teaching sex education for 28 years in high school and middle school and helped develop resources for schools in her state, says students have a good idea of what is needed and seek honest information in a safe atmosphere.

Some of Rawcliffe's high school students sought discussions about condoms which resulted in a condom availability program in her school, and others let her know she was making assumptions about abstinence and sexuality that were not accurate.

“We need to give students the opportunity to lead – and really listen to them and hear their concerns,” she says.