Some of the Surprising Reasons Why Students Drop Out of School

What do we really know about why students drop out? In a new book, the authors interviewed 50 teenagers to find some answers. 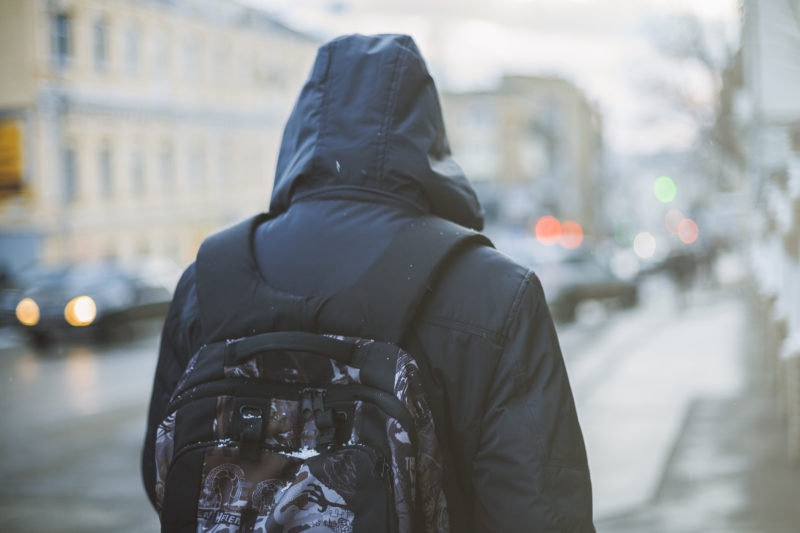 "Why We Drop Out": Understanding and Disrupting Student Pathways to Leaving School by Deborah L. Feldman, ‎ Antony T. Smith,‎ and Barbara L. Waxman, recounts the compelling stories of kids who explain in their own words why they decided to leave school.

NEA Today spoke with Feldman to talk about what she learned from her interviews with the more than 50 young people who dropped out of high school.

What surprised you most about your findings in your interviews with the students?

Deborah Feldman: What really surprised us was that the overwhelming majority of the youth we interviewed really liked elementary school. Another surprise was how many were willing to blame themselves and how much they deeply regretted their actions that led to dropping out. Finally, what surprised me personally was the lack of interventions. We never know the full story, only the kids’ perspective, but very few recalled having any official interventions for truancy, or interventions from parents or the school.

They seemed to be forgotten by the schools or consciously ignored. We don’t know, but we suspect that in some districts, if a kid isn’t doing well and is a problem, it’s easier to let them slip away. Around the country, districts are cash-strapped and don’t have the resources to follow up on kids with numerous absences.

What was a common reason for dropping out?

DF: There were very distinct patterns we see with kids starting to pull away usually in middle school. The through line in many of their stories was some kind of academic challenge that undermined their faith in themselves as learners, that then led to helplessness and hopelessness about their ability to be a student, which was their primary job in life. Math, in particular, seemed to be the academic trip wire where they stumbled on and never recovered from. Algebra was often the culprit. They developed an “I’m no good at math” sensibility and when they started believing they weren’t able to succeed, they started skipping.

When did the decision to drop out normally occur?

DF: There’s often a tipping point that brings them to the edge -- a bullying incident, feeling hopeless academically, like in math. A suspension or expulsion. Some kind of social problem that gets out of hand. Or multiple moves to multiple schools when they finally decide it’s not worth trying to adjust.

Although there’s a tipping point, dropping out can be a long process. About a third of the youth we interviewed were what we called “slow faders.” They started having problems in late elementary and early middle school, started skipping in middle school, and by high school moved into full blown truancy, no longer skipping a period here and there but missing substantial portions of school. They didn’t finally drop out until they were in 11th or 12th grade, or even in their 13th year of high school.

There were very distinct patterns we see with kids starting to pull away usually in middle school. The through line in many of their stories was some kind of academic challenge that undermined their faith in themselves as learners, that then led to helplessness and hopelessness about their ability to be a student"

Another group started skipping in late middle school and dropped out by about the end of tenth grade. Finally, there were the accelerated leavers -- kids who tended to come from damaging backgrounds, had mental health problems, problems at home, drug and alcohol problems. This group of students had so many things going on it’s easy to see why they’d be really challenging for schools to work with. Trying to at least stabilize these kid at school should be priority number one.

Are there common traits that the students who decided to drop out share?

DF: The majority are lower income, not necessarily living in poverty, but come from struggling families. Many are kids of color. But the most common through line is having some kind of learning challenge that doesn’t get addressed and the student feels academically abandoned.

What can schools and educators do to intervene?

DF: First, there needs to be some kind of mechanism in place to know when a kid is starting to get in trouble academically or socially. Some schools have early warning systems, which is a good start. It uses the numbers that schools already have of their students’ absences, grades, discipline issues. If any of these aspects is triggered, having a plan in place to respond to that kid can be effective.

Backing up even further, having a school-wide orientation toward truly knowing your kids and taking steps to make them feel they are an important part of everything, that they belong, that their voices are valued. If that’s the culture, you’ll be more likely to know about issues they’re having because they might tell you about it. A lot of students said they felt intimidated by their teachers, so in class they didn’t ask questions or say anything about struggles they were having.

Another thing we heard among these vulnerable kids is that they had perceptions that their teachers didn’t like them, whether it was accurate or not. Educators can help by carefully watching what they say and how it could be interpreted. The youth we talked to were really impacted by the perception that teachers were snide and sarcastic towards them. As any parent of an adolescent can attest, even if you’re not expressing anything negative, if you’re just being neutral, teens can interpret the slightest thing as “this teacher doesn’t like me.” There’s a lot of training out there around language and perception. 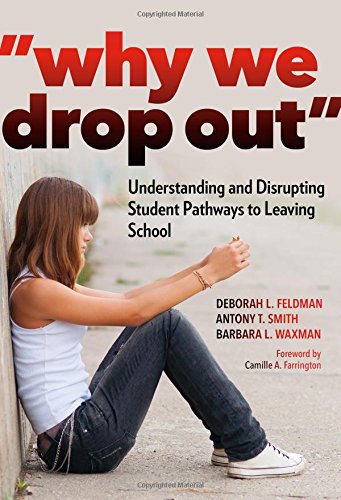 But the main thing is to help kids feel like you have their back, no matter what.

Schools need to create a solid cultural foundation.  Get to know your students and their back story so you understand where they’re coming from. Really listen to them. Amazing things happen when you ask students to tell their story and when they feel they’re being heard. This can be helpful in academic and disciplinary interventions.

Building a caring community can happen at the classroom level, school level and community level. At the school-wide level, it’s looking for the skipping culture and try to gather those kids back into the community. One pattern we identified was if kids moved and transferred to a new school, they often felt very out of place, which can have a cascading effect on feeling successful. One student felt so depressed, she didn’t think the teachers cared and she didn’t even know them, so she didn’t feel she could go talk to them. Transfer students like this girl who feel isolated, gravitate to the other students who feel like they don’t belong. They soon form a skipping culture, which becomes a reinforced behavior. Almost simultaneously, they start using drugs and alcohol. It’s like like boom, boom. This is why prevention is so critical. One you join the skipping culture, once you’re in and you have  a group identity and that group works really hard to keep you in. It’s very hard to leave. It’s very similar to the gang culture. I may have no other friends, I might feel like a loser, but at least I’m here with this group.

It’s very helpful to have an orientation program for freshman but just as important is to have one for transfer students. Assign them an advisor teacher or a study buddy or an older volunteer student to sit with them at lunch and ease the transition. The first few weeks can be really critical.

What did most of the students wish their educators had done?

DF: The ones that really felt bad about their academic abilities wished they had more individual help. By the same token, the kids who clearly needed extra supports way back in elementary school but didn’t get them, blamed themselves. A lot of them said, “I wished I’d worked harder.” They also said they’d wished their parents had been more effective at laying down the law.

Older teens wished they had listened to parents. Some of the kids needing more guidance, sometimes not feasible for their parents to provide because they just had too many demands to keep the lights on and food on the table. Many of kids were from immigrant and refugee families. That’s where the critical role of the community comes in. Schools can partner or even host community centers, which can be a place for kids to go after school for a welcoming environment. Parents who speak a different language can be better connected to school. It’s important for schools to offer a place.

What are some policies that should be put in place?

DF: Look at the discipline policy and consider restorative justice.

We spoke to several students who were bullied mercilessly and when finally lashed out, they were suspended or expelled. The schools weren’t interested in their story and had a zero tolerance, rules are rules, policy where you break the rules, you’re out. We recommend looking at other ways at responding and listening to students. You must still hold kids accountable, but if a kid feels really heard, it can make a difference in how they feel about school. Traditional  discipline creates dropouts. Restorative justice helps prevent them.

Educators can also reassess homework policies. If you don’t understand how to balance an equation after finishing chapter 6 and move on to the next chapter, you can’t build on balancing that equation. Assignments keep moving forward, but you can’t do your assignments because you don’t understand the problems, so your homework gets a zero and that brings your grade down. We need to recognize that homework is not that critical an element of learning, and some students might not have a home environment where they can effectively do their homework. Carve out time in class to do it, and think about groupings of students who can help each other.

Also, look for professional development to encourage teachers to relinquish control of being the sole source of information – rather than maintain an “I Do, You Do” approach, be more of a guide and walk around as students help each other and work on hands-on group projects. There are lots of good ideas about helping kids with math and about approaching homework differently. Just try new things. And keep trying.

Learn more about Why We Drop Out.