Stacey Abrams agrees with educators: Public education is at stake in Election 2020

As school resumes in the coming weeks, educators prepare for honest discussions with their students about America’s history of racial oppression. 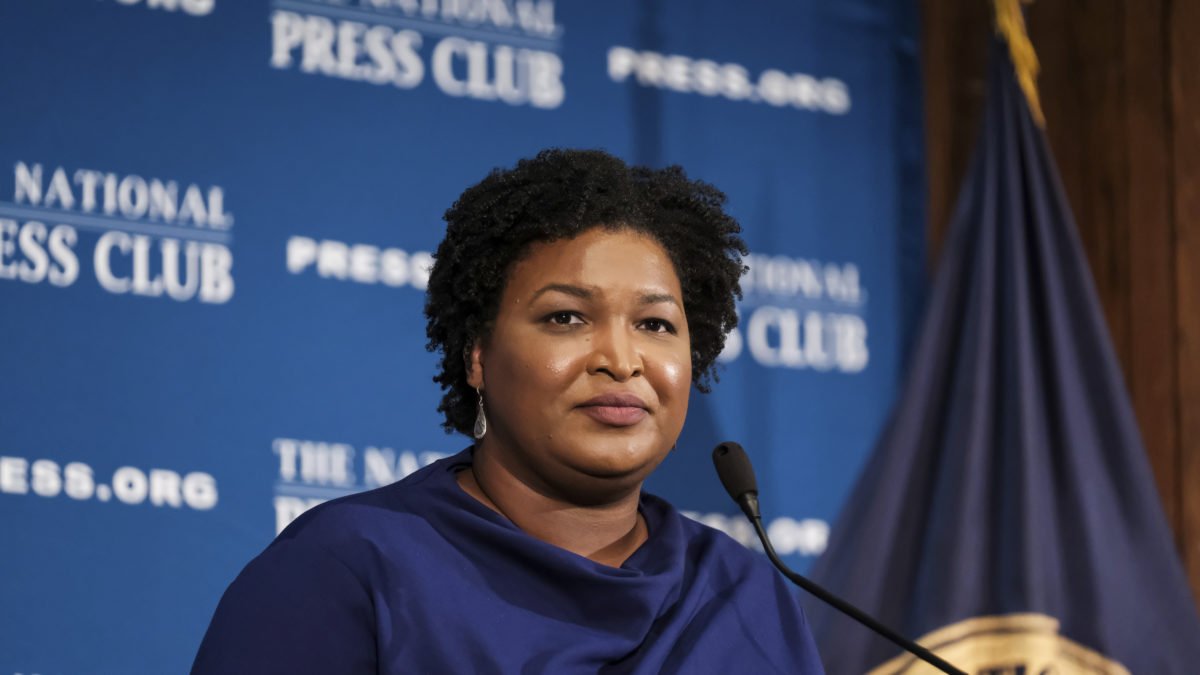 Students across the country are watching and participating in protests against police brutality during a global pandemic, the summer before an election year. As school resumes in the coming weeks–whether virtually or in-person–many educators are preparing for honest discussions with their students and school communities about America’s history of racial oppression, and what we are experiencing today.

“The question here is, ‘why teach about citizenship and democracy and define those terms in concept and action, when suppression is being normalized and accepted?’” says Justin Johnson, a middle school teacher in Georgia and secretary-treasurer of the Georgia Association of Educators.

Voter suppression has often been presented to students as part of our past. But the reality is that while tactics like poll taxes, literacy tests, and violence at polling stations may have been rooted out, they have been replaced by other serious threats to each individual’s right to vote. Voter I.D. laws, the drastic reduction of polling stations in Black and Brown neighborhoods, the barring of early vote options, intimidation and disinformation campaigns, and illegal voter roll purges are just some of the modern tactics used to suppress votes.

However, Johnson cautions that we can’t allow students to be discouraged from voting, because their votes are, or will soon be, a “deciding factor in our current society.”

Educators, too, must stay engaged in the conversation, not only because of their essential role in preparing students to vote, but also because they are trusted members of their communities who can encourage others to cast a ballot.

When voter suppression tactics target communities of color and students, important local issues go unaddressed and funding needs for education, healthcare, and other critical areas go unmet, driving inequity. When students don’t receive the funding they deserve from their local representatives, Johnson says “they’re missing the opportunity to have access to technology, and other supplies and support, which means they could be missing out on what they need to succeed in society.”

That’s why NEA partners with Fair Fight in working to combat voter suppression. Fair Fight was founded by Stacey Abrams, former minority leader in the Georgia House of Representatives, who agrees with educators that the welfare of our students and the future of our public schools are on the line in the upcoming election.

“Voter suppression directly impacts the issues most vital to the health and welfare of our nation’s children such as public education, healthcare and affordable housing,” says Abrams. While her organization works in courtrooms across the country against blatant voter disenfranchisement, she sees steps that every voter can take to support better student outcomes, advocate for increased school funding, and close the opportunity gap for students and communities of color.

“In 2020, we must vote for leaders up and down the ballot who address the needs of the whole child from cradle to career. Every child deserves the opportunity to reach their full potential—no matter their zip code or background,” says Abrams.

Despite the obstacles, Fair Fight’s Liza Conrad says that voters are turning out in record numbers in many primaries across the country.

“They wouldn’t work so hard to block us if our votes weren’t so powerful,” says Conrad.

But 2020 is the first presidential election year in nearly 40 years in which the Republican Party can mount campaigns without court approval to combat what they claim is voter fraud. Even though the party violated the ruling in 1986, 1990, and 2004, for intimidating and disenfranchising voters, primarily voters of color, now the RNC has launched a massive coordinated effort to establish so-called “ballot security;” but what it really means is voter intimidation.

Organizations such as Fair Fight are working quickly to gather volunteers to ensure that every eligible voter can cast their ballot without harassment.

How you can help

Educators can help protect voting rights by serving as volunteers and poll watchers, or helping to spread the word about vote by mail in states that have it. They can also get involved in elections through their association. For example, the Georgia Association of Educators helped send 18,386 messages to voters about the primary election, and aided 955 members in submitting absentee ballots.

Members who sign up for NEA’s Early Vote Educator program will be trained with state-specific voting information, then challenged to reach out to 15 fellow members to discuss voting by mail. Voting by mail will be an essential way for millions of Americans to safely cast a ballot this fall as we weather the COVID-19 crisis. You can put your teaching expertise to work to make sure your family, friends, and neighbors know about vote-by-mail and other early voting options.

Reach out safely to your community

Campaign 2020 has gone digital! You can organize while social distancing. Download OutreachCircle and you’ll find NEA’s dashboard with a variety of actions you can take from the comfort and safety of your home. OutreachCircle is NEA’s new relational organizing platform that will enable us to campaign virtually. Actions are as simple as emailing and texting friends or fellow NEA members; sharing content on social media; or signing a petition. In order to make it effective — we need you to join today!

Serve as a poll worker

It is increasingly important to ensure that people running polling stations are from the community. Current and retired educators are able to help on Election Day to ensure that rules are respected.