According to a global survey, the professional status of educators has declined over the past decade. What will it take to reverse the trend? 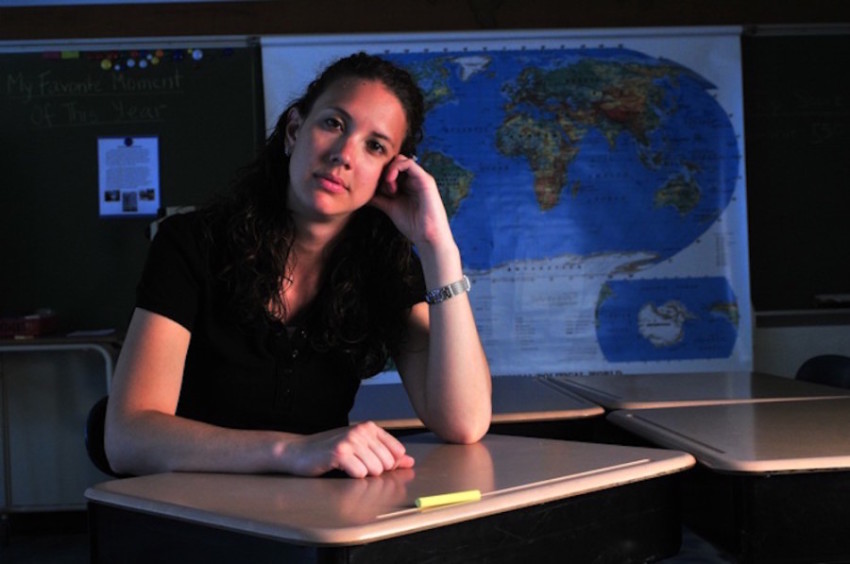 Finland, Singapore, and South Korea are well known for holding the teaching profession in high regard, and their students are the beneficiaries. How many other nations can say the same?

Unfortunately, a roll call of nations where educators believe they are held in very high esteem won’t take long. For every Finland, there are dozens of countries, including the United States, where public education has been degraded and educators have been demoralized - a combination of crippling austerity measures and hostile political climates that have introduced policies to de-professionalize the profession.

Education International (EI), the global union representing teachers and education workers worldwide, details the impact on educators in the 2015 Status of Teachers and the Teaching Profession report.

The study grew out of a six-month long survey of 73 education unions to measure how educators – in the wake of the global recession and ongoing political attacks – view their profession. Unfortunately, whether it's about declining salaries, negative media portrayals, or deteriorating working conditions, the story is generally the same across continents. 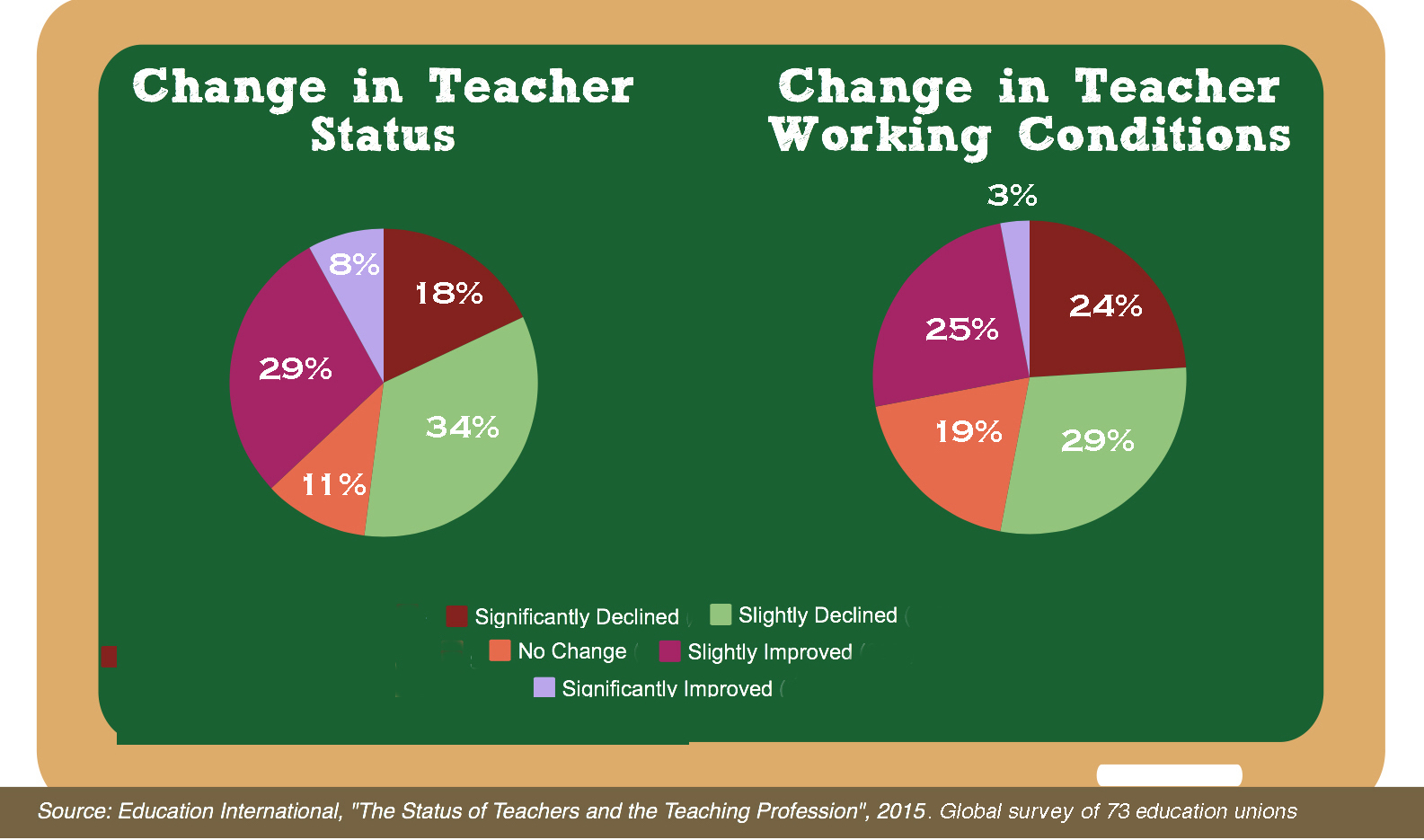 More than half the respondents reported a decline in teacher status, or occupational prestige or esteem, over the past ten years. Less than a third of unions in each sector besides higher education said teachers are accorded a high status and only five percent said teacher status was “very high.” Low status was reported more for education support professionals and early childhood and vocational education teachers. The status of educators has deteriorated more dramatically in Europe, where austerity policies have been particularly severe.

What accounted for this reported decline in status? The report cites low salaries and poor working conditions, lower standards for entry into the professions, negative media portrayals, diminishing trust in teacher judgement, and the prevalence of market-orientated education policies.

The EI survey also found that in many countries a college degree is not a prerequisite to enter the teaching profession and over half of the respondents reported that teaching is not considered an attractive profession for young people. Not surprisingly, most unions reported high teacher attrition rates and shortages, recruitment of unqualified teachers, while over a quarter of respondents said that teachers were in oversupply. (The United States was one of ten countries that reported both a shortage and oversupply of educators.)

In higher education, institutional censorship and government control were reported as common practices by over one-third of unions. The United States was one of many countries that cited "industrial or corporate interests" as significant threats to academic freedom. 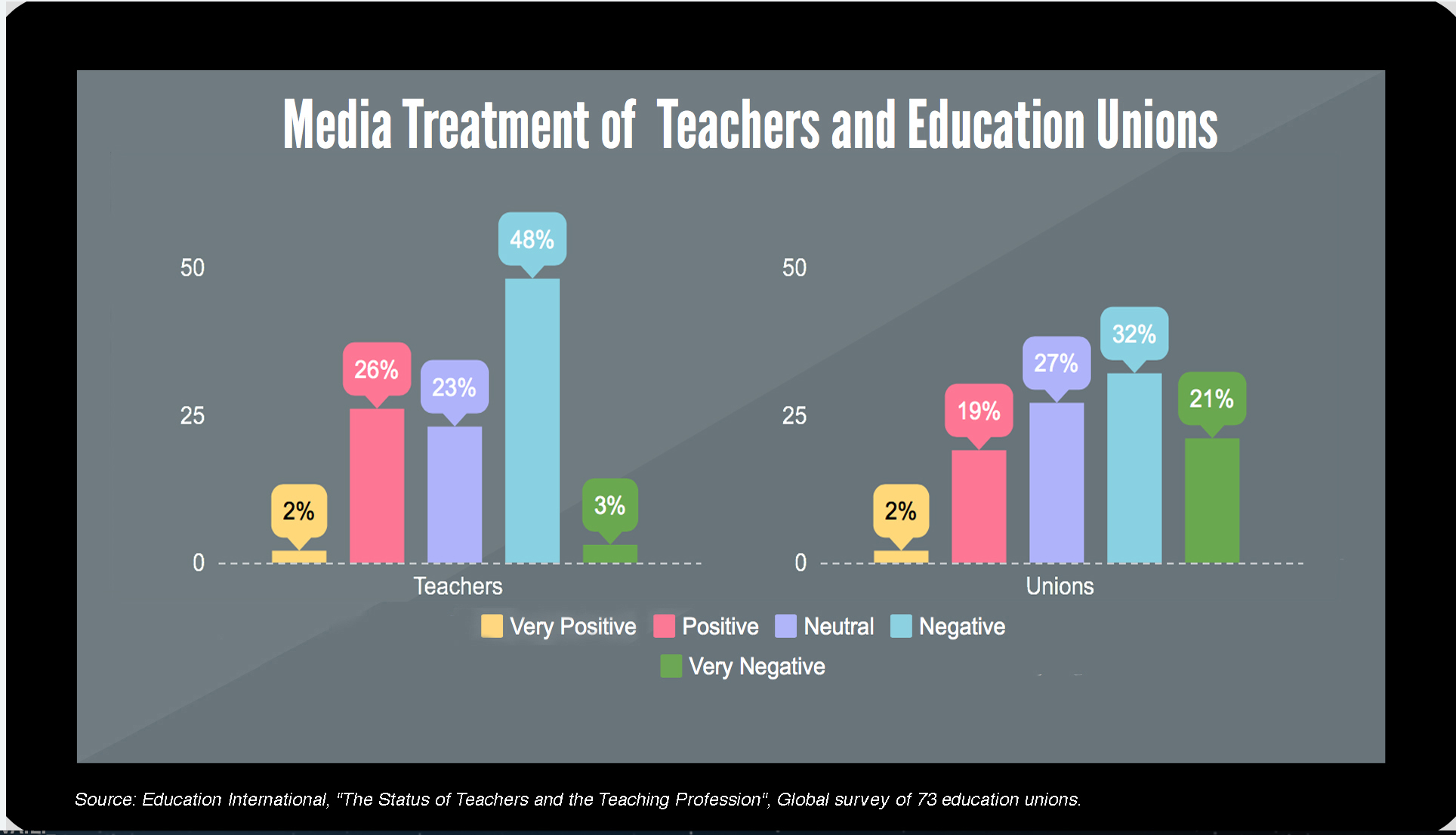 According to the EI survey, keys to reversing these trends - in addition to better pay and working conditions - include high quality teacher education, professional development opportunities, greater academic freedom and classroom autonomy, and a more collaborative relationship between governments and unions in designing and implementing education policies.

“Teachers’ involvement in policy development can ensure that the needs of students are also effectively addressed as teachers are best placed to understand what these needs are,” the report states.

The report also recommends that ESPs should enjoy the same status and working conditions and receive similar salaries to other education employees with comparable qualifications. In addition, the report urges that governments refrain from blaming educators for the challenges that face every educational system and work to promote a more positive image of the profession and the organizations that represent it.

“This study is yet one more alarm bell about dangers to the teaching profession, the status of teachers, the exercise of the right of education and education as a public good,” Van Leeuwen said. “But, it is a bell that rings only for those who are willing to hear it. These issues must not be crowded out by private interests and slick marketing. They must, instead, move to the center of a real, quality global debate on the future of education.”